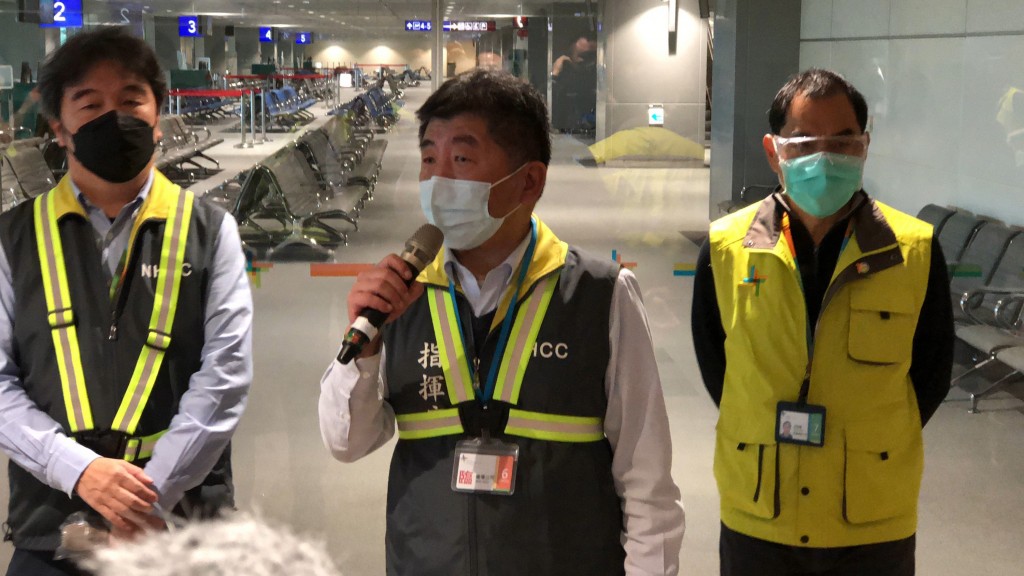 TAIPEI (Taiwan News) — The Central Epidemic Command Center (CECC) on Monday (Jan. 10) announced that three more workers at the Taiwan Taoyuan International Airport have tested positive for COVID, bringing the total number of cases tied to the airport to 23.

During a press conference held at the airport on Monday, Victor Wang (王必勝), who heads the CECC's command post at Taiwan Taoyuan International Airport, said that a total of 8,924 airport workers have undergone testing over the past two days. Of these employees, three have tested positive for COVID, two of whom were announced on Sunday (Jan. 9) and one is a new case that is under investigation.

The airport cluster infection has spread to the community, with a son of a man who manages the luggage carts, case No. 17,473, having tested positive for COVID. The boy's elementary school in Taoyuan has suspended classes for 14 days after his COVID diagnosis was announced.

In addition to infecting his son, CECC officials believe the airport worker also transmitted the virus to his wife, case No. 17,472, who works as a residential service worker. The woman cared for eight children from eight different families between Jan. 1 - 8, all of whom have been listed as contacts and are undergoing testing and isolation.

Chinese Medical University Hospital deputy superintendent Hwang Kao-pin (黃高彬) was cited by ETtoday as saying that as of Sunday (Jan. 9), three waves of infection had been identified, including the cleaners, members of the Golden Voice Singers Club, and the security guards. Hwang said that this family cluster represents the fourth wave and given the fact that case No. 17,472 cares for eight families, it is possible that the outbreak has spread even further.