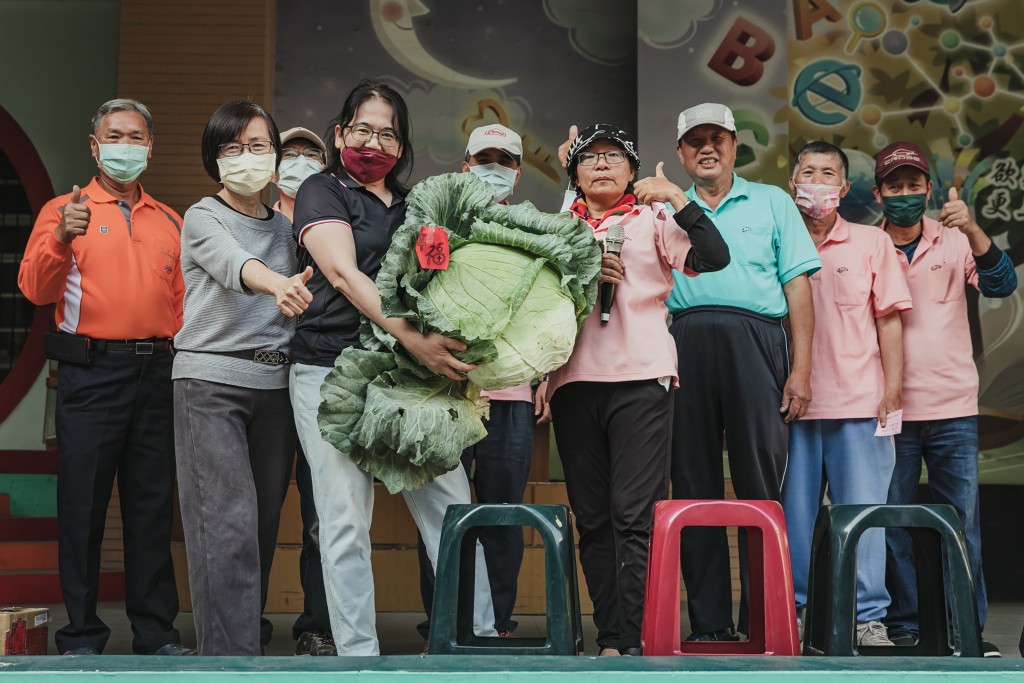 TAIPEI (Taiwan News) — An agricultural club in the southern city of Kaohsiung has wowed the public with a huge cabbage grown in an environment free from pesticides but rich in melodies.

People’s jaws dropped when they saw a cabbage weighing 14.7 kilograms exhibited on Saturday (Jan. 8) at an event held by an agricultural club from the Kaohsiung First Community University. It’s larger than an ordinary cabbage by tenfold, according to CNA.

The leader of the club, Yu Shu-hui (游淑惠), told CNA that the cabbage was cultivated organically on an unpolluted plot of land. Members of the club play music to the vegetables on the farm and treat them with “love and care,” which she believes has contributed to their healthier growth.

Onlookers joked that the cabbage was intended to be served to giants. Proud of the result, Yu said if the cabbage had been harvested longer than four months it could have grown bigger.

The club is dedicated to promoting organic farming and educating the public on knowledge about soil, pest control, and differentiated methods to cultivate various fruits and vegetables. On display was a wide array of supersized crops including tomatoes and pumpkins.