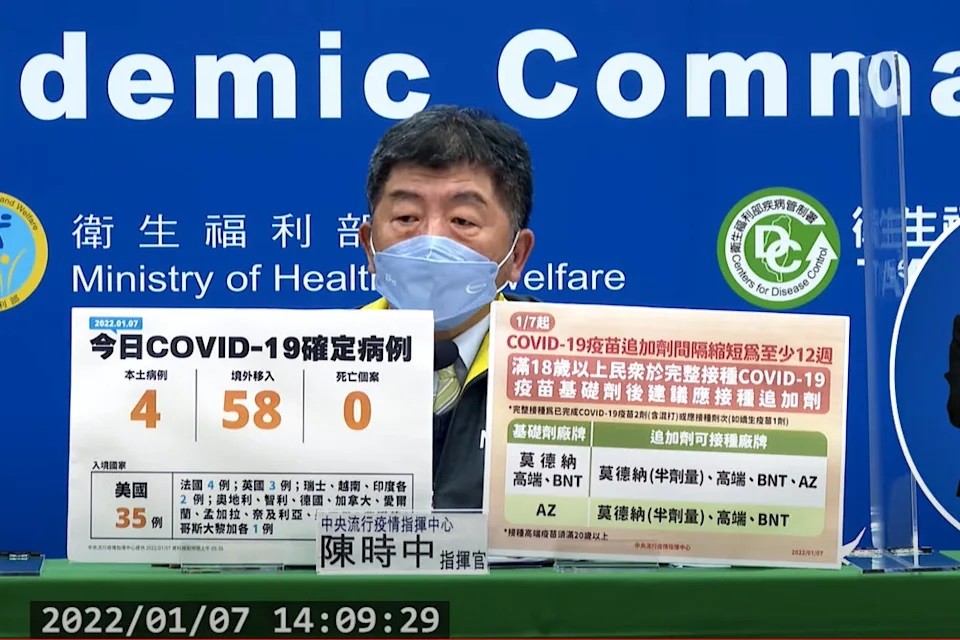 CECC head Chen Shih-chung (陳時中) said the Omicron cluster infection that started at the Taiwan Taoyuan International Airport has led to community transmission. However, he said he believes the epidemic alert level will not need to be raised as long as all contacts continue to be successfully traced.

Chen called on the public to remain calm and to closely follow epidemic prevention guidelines. He reminded people to avoid going to crowded places, wear masks when going out, maintain social distancing, and get fully vaccinated as soon as possible.

Amid the outbreak of Omicron cases in Taoyuan, some physicians have recommended raising the epidemic alert level, canceling large-scale events, and ending the shortened Lunar New Year quarantine. Chen responded to these suggestions by saying that the current incubation period for the Omicron variant has not been shown to be longer than other variants and argued extending the duration of quarantines in epidemic prevention hotels may even increase the risk of transmission.

Chen asserted that the most effective way to contain the virus is to maintain the current quarantine period and strengthen the safety of epidemic prevention hotels. He argued that "blindly extending" the number of quarantine days is not necessarily the best way.

He pointed out that all the confirmed Omicron cases imported from abroad have been detected during the quarantine period. As for those undergoing the shortened Lunar New Year quarantines, Chen said participants in the program must not leave their room during home quarantine and that family members living with them must adhere to an enhanced version of self-health monitoring.

When asked to comment on one expert's suggestion that general testing should be carried out on all residents of Taoyuan, Chen said that this would not be carried out because it would require significant resources, and testing must be planned according to the need.

Chen said that this kind of strong measure would only be employed if the country was faced with a wide range of unidentified sources of infection. "This has not yet been the case," Chen said.

He urged the public to be neither complacent nor overly concerned.

As for whether the staff at the Taiwan Taoyuan International Airport have all been tested, Chen said that there are currently more than 20,000 people working at the airport. Chen said there are about 12,000 workers who come in contact with large numbers of people, while there are 3,000 employees on the "second line (of defense)."

In the near future, both security guards and cleaning staff will be subjected to periodic rapid screening and PCR tests, said Chen. He predicted that when the test results are released and genetic sequencing completed, "the overall picture of the outbreak will become clearer."