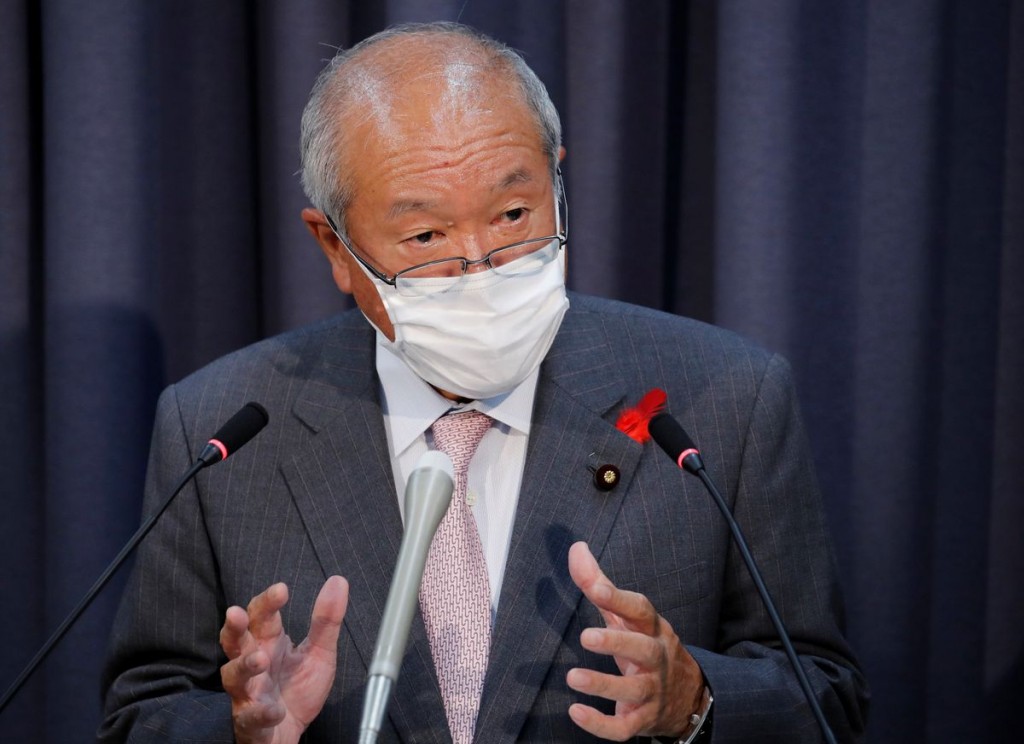 Japan's Finance Minister Shunichi Suzuki stressed on Friday the need for currency stability and said he was watching market moves "carefully," in the wake of the yen's recent declines against the dollar.

Domestic media and some market participants have warned of the potential demerits of a weak yen, which pushes up import prices and households' cost of living at a time the economy is recovering from the COVID-19 pandemic.

"I won't comment on the currency market itself, but stability (of exchange-rate moves) is important above all," Suzuki told reporters, signalling that Tokyo will escalate its warning if yen falls become too rapid or volatile.

"From that standpoint, we'll closely watch currency market moves and their impact on the Japanese economy," he said, when asked if the weakening yen was negative for the economy.

Suzuki's remarks came as the dollar hovered near a five-year high at 116.355 yen hit on Tuesday, backed by expectations the U.S. Federal Reserve will embark on steady interest rate hikes even as the Bank of Japan keeps rates ultra-low.

Japanese policymakers have traditionally favoured a weak yen, as it gives exporters a competitive advantage overseas.

But BOJ Governor Haruhiko Kuroda said last month the boost to export volume from a weak yen may have declined compared with the past as more Japanese companies shift production abroad.

Kuroda also said the hit to households from a weak yen may have become bigger due to Japan's increasing reliance on raw material imports, offering the most direct acknowledgement yet of the potential disadvantages of a weaker yen. read more

With wholesale inflation already hitting a two-decade high and driving up the cost of living, further yen declines could become a political pain point for Prime Minister Fumio Kishida ahead of an upper house election looming in the summer.

But Japanese policymakers see little room to intervene in the currency market to arrest the yen's decline, with some conceding that there is good reason for it to soften given Japan's weak economy, waning competitiveness and dire public finances.

"In a way, a weak yen reflects Japan's fundamentals," one ministry said on condition of anonymity, though adding that Tokyo was ready to step in if yen declines become too sharp.

Japan has stayed away from intervening in the currency market since 2011 when devastating earthquakes and the subsequent Fukushima nuclear crisis triggered a spike in the safe-haven yen.