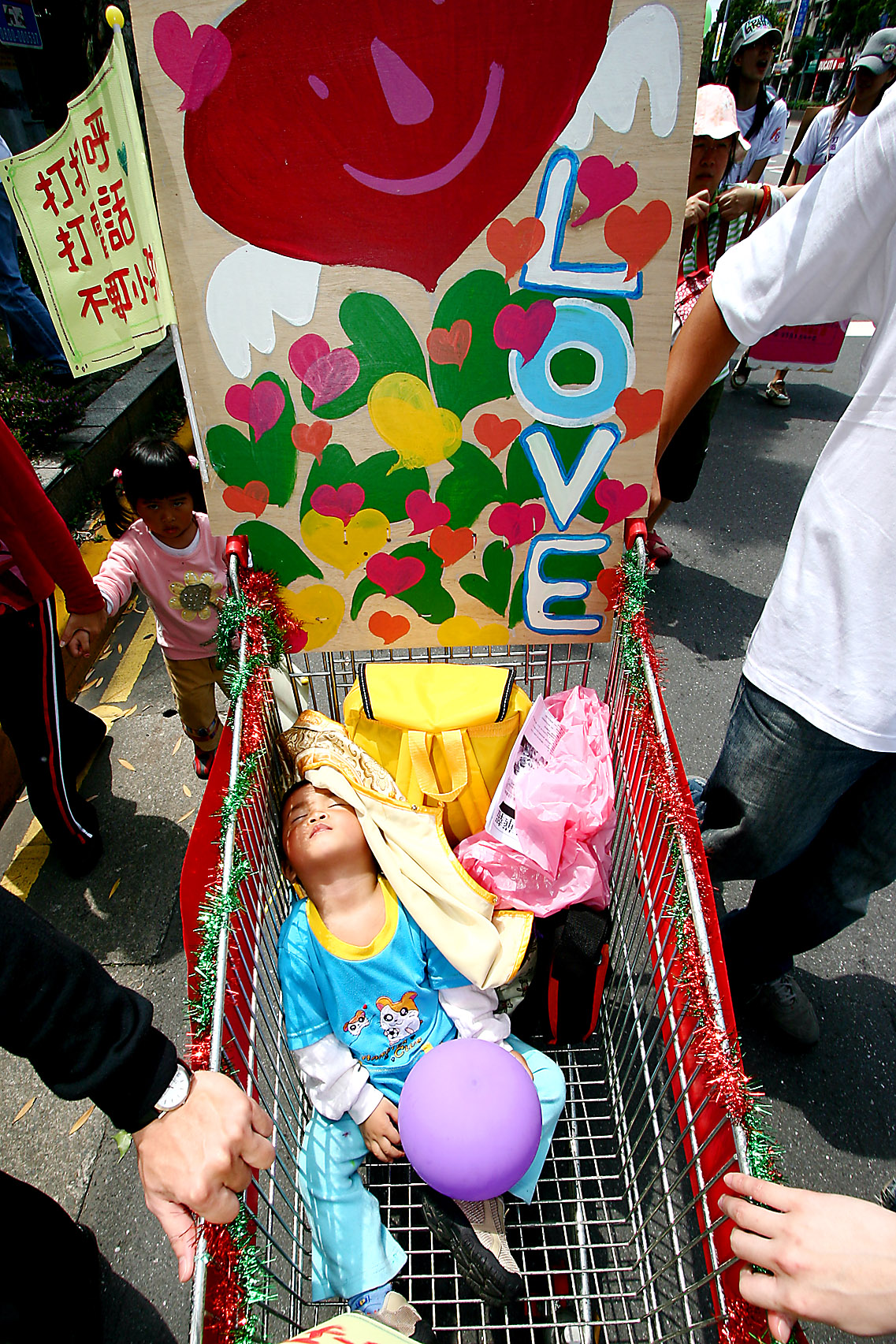 More than 2,000 people from some 400 families rallied on Taipei streets yesterday to support "International SpankOut Day" which was initiated in 1998 by a U.S. group to bring widespread attention to its campaign to end the physical punishment of children.
Activists from several dozen other Taiwan civil groups, including Homemakers' Union and Foundation, also took part in the rally - a walk from National Taiwan University to Daan Forest Park - sponsored by the non-profit Humanistic Education Foundation.
HEF volunteers called on Taiwan parents and teachers not to spank their children or students, while offering educational information to parents and caregivers about non-violent discipline alternatives.
Group members suggested that adults, rather than smacking a child on a sudden impulse, place a phone call for educational consultation, exchange pithy formulas encouraging non-violent solutions - particularly during periods of anger - and seek supportive resources in order to help end the resort to violence.
"Angry" parents and teachers are also encouraged to hit drums, play ball, or clean the house to channel their sudden impulses or dissipate bad moods.
Minister of Education Tu Cheng-sheng (杜正勝), who was among several celebrities invited by the HEF to offer their "pithy formulas" to beef up today's "International SpankOut Day, " said: "Respect and understand children to avoid treating them violently."
Noting that even a little child is a human being whose individuality should be respected by adults, Tu said that spanking will actually deal only with superficial problems while leaving the core issues unsolved.
Similar "No Smacking Day" activities were held in Taichung in central Taiwan, and Kaohsiung yesterday.
HEF officials said that various countries around the world, including the United States hold various events every year to observe the "SpankOut Day, " which is sometimes called "No Hitting Day, " or "Day of Non-Violence for Children." The day of action was initiated by the U.S. Center for Effective Discipline in 1998.