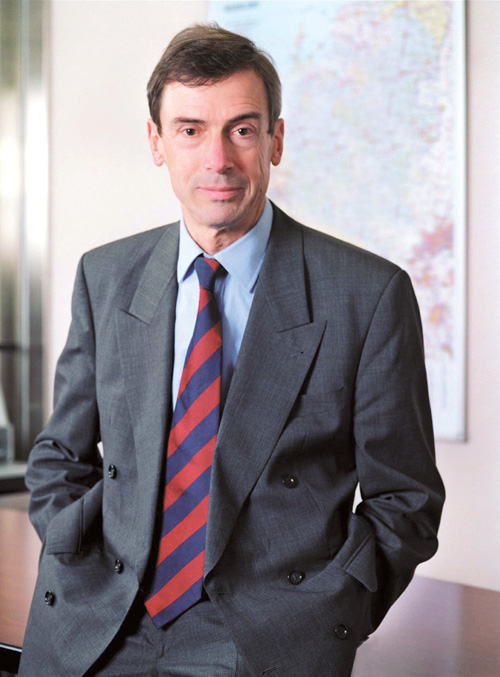 On the occasion when Dutch celebrate Queen's Day on April 30, Mr. Jan Huner (see photo), the director of the Netherlands Foreign Investment Agency (NFIA), shares his ideas of the investment in the Netherlands as a springboard to the massive European market.
"Taiwanese and Dutch share a similar business mentality - we both endeavor to meet costumers' need, thus generate a good communication," said Huner.
"Ever since globalization became a dominant trend, Taiwanese industry has been actively restructuring itself. Most labor-intensive production has meanwhile been moved to China. Now it is time to look again at how best to serve the major overseas markets. With well over 500 million consumers, Europe is by far the biggest market outside of Asia. Not surprisingly, Taiwanese exports to the European Union (EU) are strong (US$35 billion in 2006). However, Taiwanese investment in Europe is very modest: over the past years only 0.5% of all outward investment by Taiwanese companies has gone to Europe. This is strange situation raises the question whether Taiwanese business is missing out on opportunities in Europe.
"For those Taiwanese firms that wish to serve the entire European market, the Netherlands naturally becomes a serious option. Whereas The Netherlands cannot offer the comparatively cheap labor that most countries in Eastern Europe can, its geographical situation and its infrastructure truly makes it a gateway to Europe. This densely populated country, driven by centuries of foreign trade, is praised for its internationally oriented economy and excellence in logistics. Rotterdam harbor is Europe's largest port, and it is from there that most final destinations in Western and Central Europe can be reached within a day or two. Another fact is that the business culture in Taiwan and The Netherlands is very similar: People are flexible but target-minded, not process-minded, easy to approach but always working hard to achieve their goals.
"To help foreign business successfully set up their operations in the Netherlands, the NFIA has branched out worldwide to provide information and practical assistance to prospective investors. Currently around 6500 foreign-owned companies are active in the Netherlands, 200 of which are from Taiwan, including ASUSTeK, Giant Bicycle, TSMC and AU Optronics. With help from NFIA's Taipei office, Taiwanese firms have been investing in Holland for roughly 20 years now. NFIA's Taipei office holds business seminars every year in Taipei, focusing on specific aspects such as business sectors, tax issues, or logistics. In February 2007, NFIA teamed up with Ernst & Young for a seminar aimed at informing Taiwanese firms about the unique advantages that the new Dutch tax laws provides. The message was that firms could benefit greatly from managing financial flows to and from Europe from a base in The Netherlands.
"NFIA Taipei is part of the Netherlands Trade and Investment Office, which means that things like visa and work permits can be dealt with very efficiently. Moreover, as a government agency, the NFIA provides its services for free, and all business information is treated confidentially. Finally, NFIA's service does not end once companies have set up their operations in the Netherlands. Through its head office in Holland, NFIA provides aftercare services to its clients, to ensure their success for the benefit of both the company and the host country."