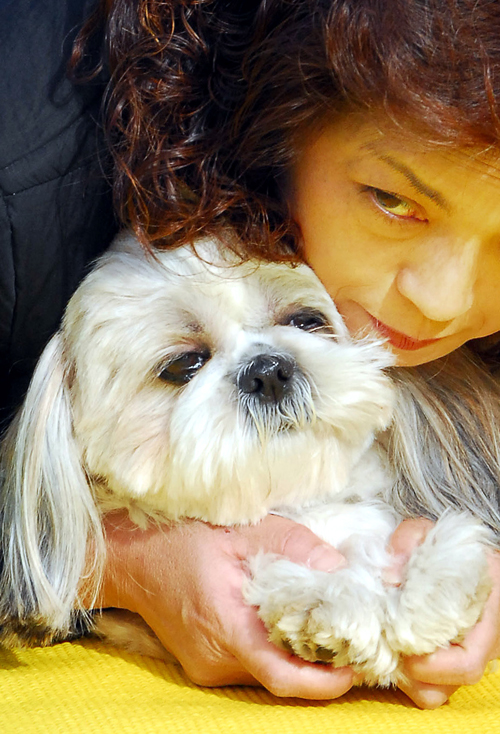 Wondering if your dog or cat is stressed? Just stick a special patch on the bottom of its paw and you'll be able to tell, according to a Japanese company.
The patch, developed by Japanese company Medical Life Care Giken, purports to measure the stress level of dogs and cats by detecting excessive sweat secretion - believed to be a sign of stress - the Nikkei Weekly reported yesterday.
The round, pin-sized patch is applied to the center pad of the animal's paw and changes color depending on how sweaty the pet is, the Nikkei said.
The company, which makes a similar patch for humans, says it worked with researchers at Toyama University to study the sweat patterns of dogs and cats, which secrete sweat from their paws, the Nikkei said.
The company expects strong sales amid a pet boom in Japan, the Nikkei said. The patches are expected to go on sale in Japan later this year, with the price still undecided, it said. It did not mention plans for overseas sales.
Doting Japanese pet owners are known to go to great lengths for their pets' well-being, taking cats and dogs to specialist masseurs and even acupuncturists.