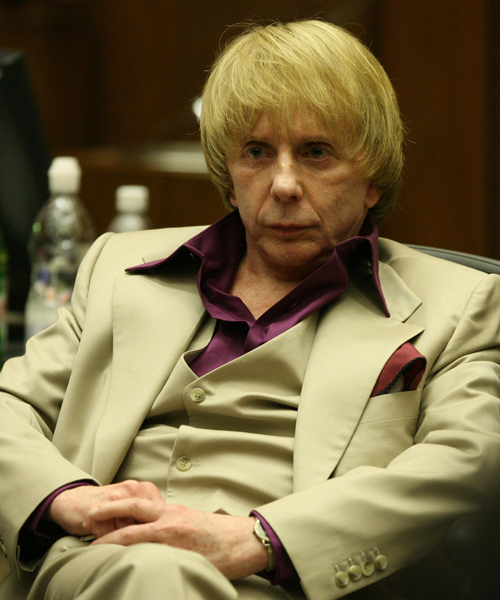 Spector tones down hair style amid trail
NEW YORK, New York
The hairstyles of celebrities and politicians are always on trial. Witness the public lashing received by the presidential candidate John Edwards for spending US$800 on two haircuts, or the frenzy that ensued after Britney Spears lopped off her famously blond tresses.
And last week, as Phil Spector, the music producer known for his larger-than-life locks, went on trial in Los Angeles for the 2003 murder of the actress Lana Clarkson, he emerged with a new and provocative hairdo. It looks like a cross between a Carnaby Street shag and Florence Henderson circa "The Brady Bunch."
"Some of his advisers probably told him he should change his look, but people are going to judge him for making such an obvious change," said Joel Warren, the chief colorist and an owner of the Warren-Tricomi salons in Manhattan. "I don't know whether it will work for or against him.
"Phil Spector is one of those people like Don King or Donald Trump who tries to get attention by having an unusual hairstyle," Warren said. "It works for them, but whether it looks good is another story."
Stealing for romance
LOS ANGELES, California
Whenever Antonio Moreno wanted to see his girlfriend, police say, he'd jump in a car and drive over.
But there was a problem. The 26 cars Moreno jumped into all belonged to someone else, according to authorities who arrested the 31-year-old on Wednesday. They said he was behind the wheel of a 1987 Toyota Camry when they found him.
Since January, police said, Moreno had been stealing Toyota Camrys and Nissan Sentras by using a simple device that starts Japanese cars of a certain age. Acting on a tip, members of a regional auto-theft task force took him into custody.
He was "stealing vehicles as transportation to pursue their relationship," according to a statement from Lieutenant Paul McCaffrey, a Santa Barbara Police Department spokesman.
He didn't have a driver's license or car of his own, police said.
Deers' visit
NEW OXFORD, Pennsylvania
A pair of deer took a quick tour of a retirement home after one accidentally triggered an automatic door.
The animals were wandering near the home Wednesday when one stepped on a mat that triggered a clear sliding door, according to staff members and surveillance tapes.
The deer ran down a hallway where two staff members were waiting for an elevator. The shocked staffers went into a cafeteria service area and closed the door, said Frank Buhrman, spokesman for Cross Keys Village/The Brethren Home Community. One deer walked into the elevator, but left before the door could close and take it to another floor, Buhrman said.
The deer then split up. One made it to a loading dock area and escaped through another automatic door. The other jumped through a window, Buhrman said.
Their adventure took just over a minute, Buhrman said.
More billionaires
LONDON, England
The number of billionaires living in Britain has trebled in the last four years, according to an annually compiled list released Saturday.
According to The Sunday Times Rich List 2007, 68 billionaires have been born, are living in, or making in their money in Britain.
The survey also revealed that the richest 1,000 people in the country have seen their wealth soar by US$120 billion in the last 12 months. The combined wealth of the richest 1,000 now stands at just under US$720 billion, up from US$600 billion a year ago.
Steel tycoon Lakshmi Mittal heads the list with a fortune estimated at US$38 billion. Mittal is closely followed by the London-based Russian tycoon Roman Abramovich, whose fortune was valued at US$21.5 billion.