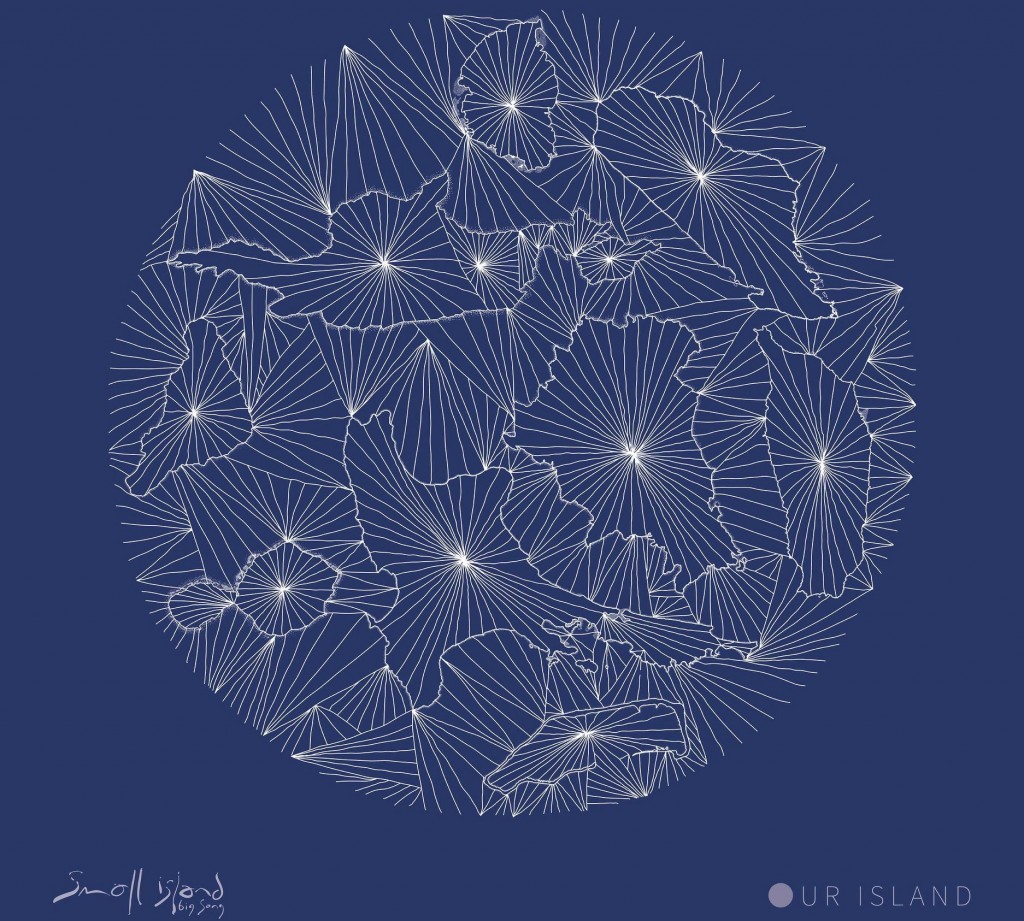 The album features 15 Austronesian musicians from 10 countries who collaborated remotely over the course of the pandemic, according to a Small Island Big Song press release.

The album, which was funded by the Taiwan Creative Content Agency, was painstakingly recorded in biweekly sessions. Although it was impossible for the artists to see each other in person for more than a year, they had cultivated deep familial relationships by the project's completion, the press release said.

The statement added that "Our Island" is not only a collection of Austronesian music but also an expression of the emotional strength of the musicians involved.

The new record showcases Pacific Island sounds and aesthetics and identifies pressing environmental issues, including rising sea levels and dying coral reefs. In the track "Sarbon," Mauritian singer Emlyn talks about the Japanese freighter Wakashio hitting a reef off the coast of Mauritius in July 2020, which wreaked havoc on local marine ecology.

Tai Hsiao-chun (戴曉君), a Paiwanese singer whose song “Madjadjumak" is featured on the album, said the thing that binds Austronesian peoples together is their voice. She added that though one person may not be able to change the world, “if everyone is willing to extend their hands and lend a little bit of strength to each other to build a space to increase volume, we have the opportunity to find each other and speak up for our land."

Eight Small Island Big Song musicians will travel to the U.S. and Europe for a 120-day tour beginning Jan. 29. They will perform at renowned locales such as Broadway, the Warner Grande Theater in Los Angeles, and Penn State University's Center for the Performing Arts.

The project will wrap up its tour on Italy’s Procida Island, which this year holds the title of the Italian Capital of Culture.