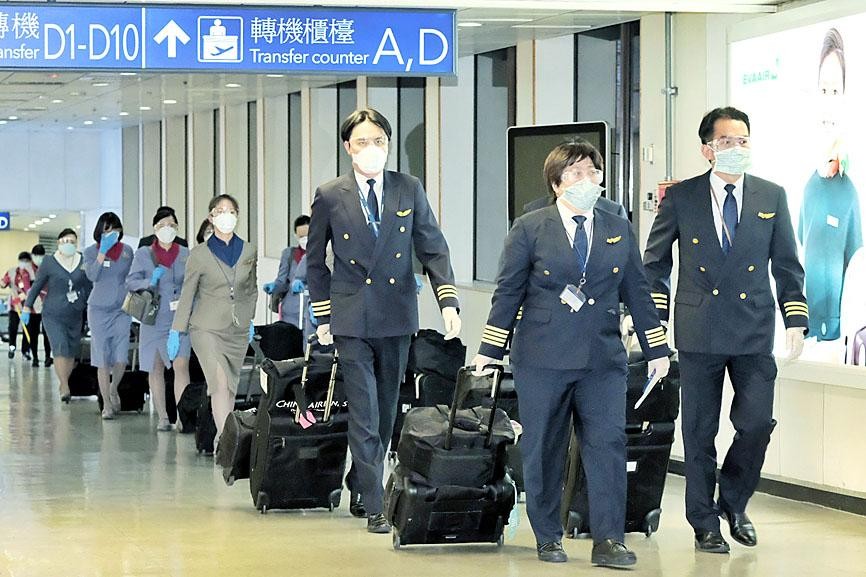 Three cleaning workers and a taxi driver tasked with moving arriving travelers from the airport to quarantine hotels tested positive for COVID. They were identified as local infections by the Central Epidemic Command Center (CECC) on Tuesday.

At the same time, media reported that two China Airlines (CAL) pilots also tested positive. However, both pilots had tested positive upon their return from the U.S., leading experts to believe they were infected there and were imported cases, the Liberty Times reported.

As the test results came out when they were staying in quarantine, there was no threat of a community cluster, according to the Civil Aeronautics Administration (CAA), though test data for their fellow crew members has not been released yet.

One pilot was a man in his 40s who, after flying back from Los Angeles, developed a fever. He asked for a quick test, which turned out positive for COVID.

The other pilot, a man in his 60s, had returned from Anchorage, Alaska. Both were breakthrough cases who had received two vaccine doses.

CAL said that almost 40% of its pilots and cabin crew have been inoculated with a booster shot. According to the airline, the vaccination campaign followed government regulations by waiting five months after the second COVID vaccine shot before administering a third dose.