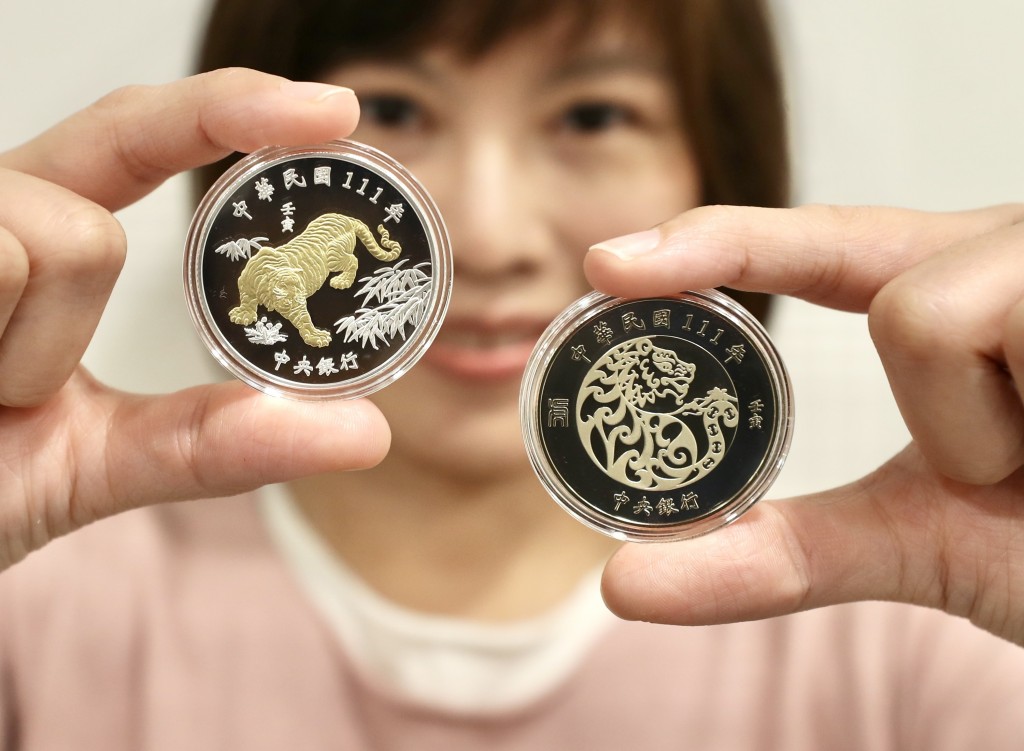 TAIPEI (Taiwan News) — The Central Bank will issue 90,000 sets of two coins to mark the year of the tiger, reports said Tuesday (Jan. 4).

Last year, the bank produced 100,000 sets for the year of the ox. Only 90,000 sets were sold, with the remainder still available to the public, CNA reported.

The NT$100 coin has the gold-plated image of a tiger on one side, its tail pointing upward as a sign that sales of the set might spike, according to a Central Bank official. The other side shows the Flying Fish Festival on Orchid Island, a traditional festival of the Tao people.

A tiger is also featured on the NT$10 coin, with a white camellia on the other side.

As was the case last year, the coins can also be ordered on the Bank of Taiwan website from Tuesday at 10 a.m. until Jan. 10 at 12 noon. If the registration is a success and the number of applicants exceeds the number of sets available, a drawing will determine the outcome.