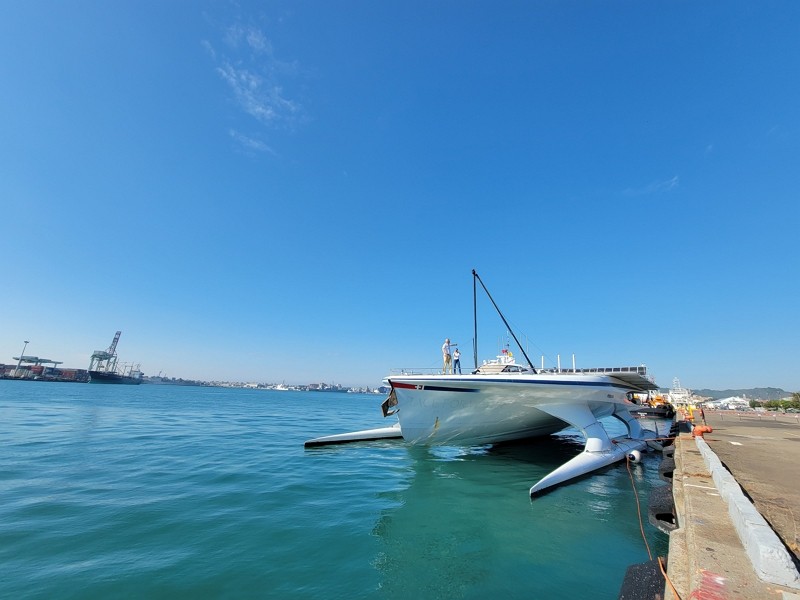 TAIPEI (Taiwan News) — Swiss experimental ship the MS Porrima, which runs solely on renewables, has docked at the Port of Kaohsiung during its “Blue Odyssey” to five continents to raise awareness on the importance of sustainability.

Now on its fourth around-the-globe expedition, the vessel set sail from Osaka in December and arrived in Taiwan on Sunday (Jan. 2). It will return to the Japanese city for the opening of the Expo 2025 Osaka, which according to the program is seeking to realize the UN’s Sustainable Development Goals (SDGs).

Gunter Pauli, author of the acclaimed book "The Blue Economy," shared his innovative ideas on board the ship via video link in line with COVID-19 prevention protocols. The Porrima was named after the Roman goddess of the future, which he hopes will inspire Taiwan in its effort to push industrial upgrades and a sustainable economy, per CNA.

The event was attended by founder Stan Shih (施振榮) and CEO Jason Chen (陳俊聖) of Taiwanese electronics company Acer, which invited the vessel to make a stop in the southern harbor city. Chen noted that the firm is dedicated to environmental protection, having introduced laptops made from Ocean Bound Plastic.

MS Porrima is propelled by green technologies, including solar and hydrogen power, artificial intelligence kites, and nanoplastics found in the ocean, using microfluidic technology. The trip to Taiwan is intended to make people reflect upon the severity of marine pollution and on marine conservation, according to Acer.