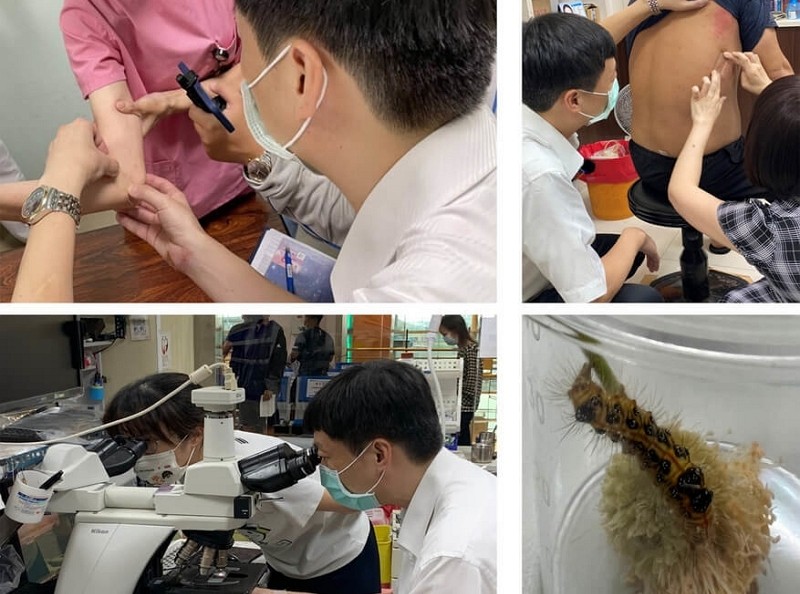 TAIPEI (Taiwan News) — A lab investigation into a mysterious rash that took hold in the outlying island county of Penghu last year has confirmed a previous suggestion that caterpillars are the culprit behind the health scare.

Kaohsiung Chang Gung Memorial Hospital said Monday (Jan. 3) that using electron microscopes and biochemical analysis, samples taken from individuals with the skin condition were found to match the characteristics of the spiny bristles of caterpillars, per CNA.

The researchers then employed mass spectrometry imaging to examine neurotransmitters on the outermost layer of the epidermis. This led to the conclusion the rash was the result of an allergic reaction.

Penghu's unusual rash outbreak in September, followed by one in Hengchun Township in the southern county of Pingtung, baffled many and triggered public concern. Clinics were inundated with hundreds of patients who reported rashes on various parts of their bodies accompanied by unbearable itchiness.

Caterpillar dermatitis often takes place in April and May during the wet season, but 2021 saw Penghu experience extreme rainfall in August followed by a record-hot September. The weather conditions, along with the revival of travel, contributed to the incident, said Li Zhi-hong (李志宏), a dermatologist at the Kaohsiung hospital and leading figure in the probe.