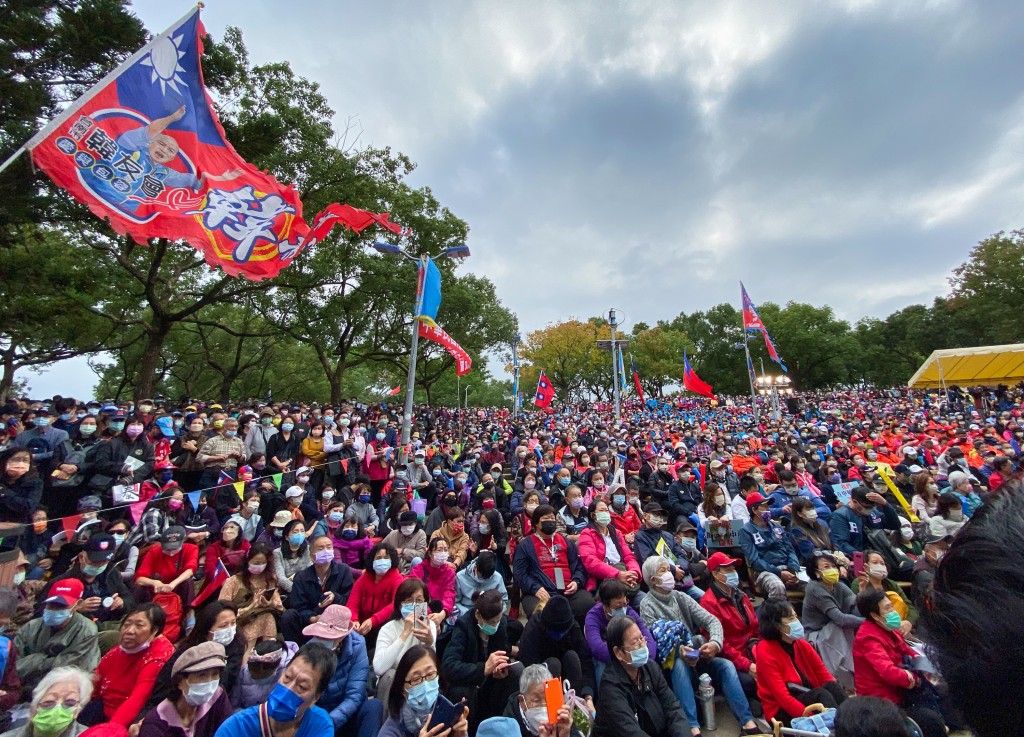 Access was granted to over 10,000 people who bought Han’s new book "Mr. Han is at the door” (“韓先生來敲門”). Some people had ventured north from southern Taiwan and some had begun lining up since Saturday (Jan. 1) to claim an entry ticket, according to an Apple Daily report.

Han thanked his supporters for coming out and wished them all a happy new year. He did not invite any politicians to take the stage with him, but instead assembled the 12 main personalities of his new book, which were all regular folk, as he described them.

“They have done incredible feats and have amazing stories to share,” Han said as he brought them up on the stage.

Han then invited the crowd to sing the Mandarin version of the song “The More We Get Together” (當我們同在一起). He said that Taiwan’s beauty is seen in its people, and not among its politicians.

"The passion of Taiwan is not found among the country’s political figures but embedded at the grassroots level among its kind-hearted people," Han said.

Han’s 94-year-old mother also made it to the event, for which Han expressed his sincere gratitude. Han said his mother, a former elementary school teacher, has always worked hard in the service of others.

Han also announced the opening of his new charity, named the Tien Liang foundation (典亮慈善基金會). The charity aims to enhance education for Taiwan’s minority groups, among other projects.

The event comes after recent speculation that Han would run as a Kuomintang candidate in the 2022 local elections. However, Han denies having such plans, says these rumors were made up by political pundits.