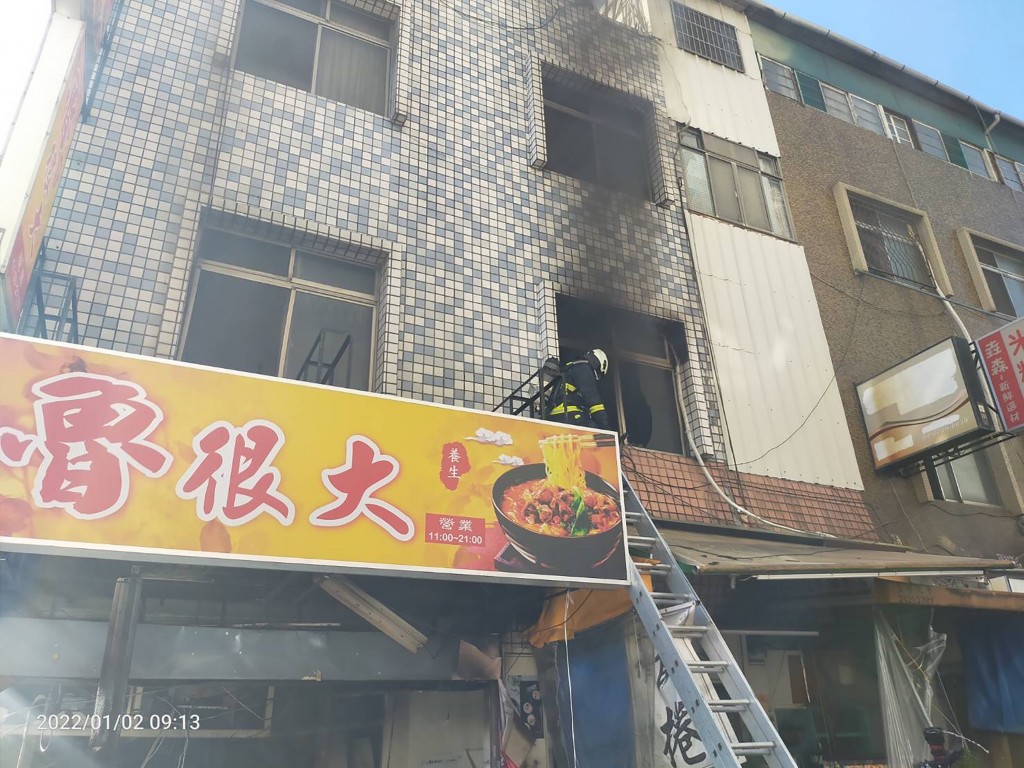 TAIPEI (Taiwan News) — A gas explosion occurred at a restaurant in Taichung on Sunday morning (Jan. 2), injuring one.

The Taichung City Fire Bureau received a report about a fire at a lu wei (a type of braised dish) shop in North District at 8:44 a.m. The fire bureau deployed 12 fire trucks, 39 firefighters, and an ambulance, CNA reported.

According to a firefighter, the explosion occurred on the first floor of a three-story building. A 43-year-old female employee suffered second-degree burns on her feet, while the three people who were on the third floor were unharmed.

The injured woman was sent to the hospital for treatment, and the fire was contained by 9:07 a.m. The fire bureau is still investigating the cause of the explosion.