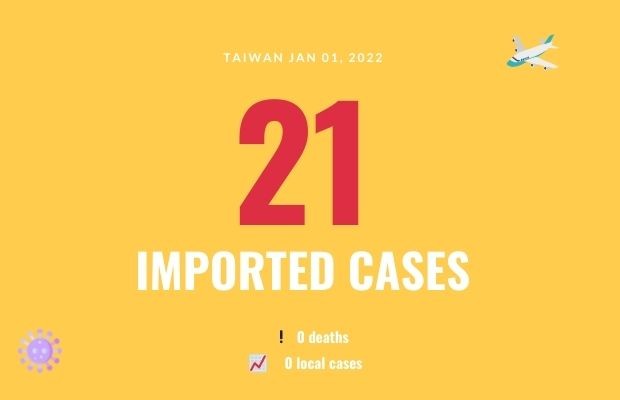 Saturday’s imported cases included 15 men and six women between the ages of 20 and 79. Nine had arrived from the United States, six from Vietnam, and one each from Laos, Germany, Romania, Ukraine, Egypt, and Guatemala.

They entered the country between Dec. 17 and 31, and 17 were breakthrough cases, with some having already received a booster shot. The vaccine history of four individuals is still being checked.

A total of 36 COVID cases originated from the Taiwan Navy’s "Goodwill Fleet" in 2020, two were infected on board a flight, one case was classified as unresolved, and 14 cases are under investigation. A total of 111 earlier cases were removed from the list of confirmed cases.