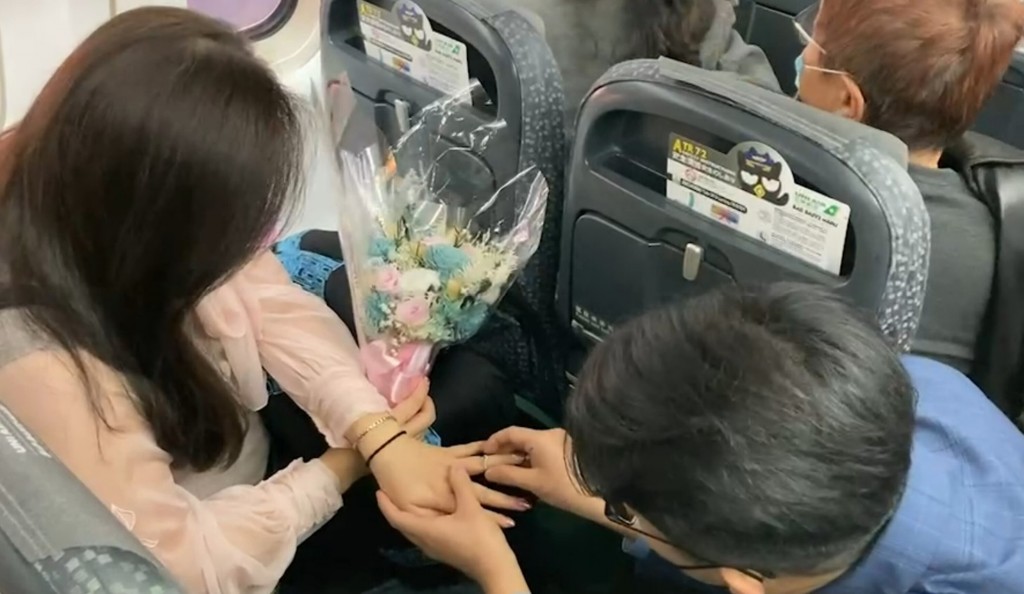 TAIPEI (Taiwan News) — On a flight to catch the first sunrise of 2022 in Hualien County, a man surnamed Tseng (曾) proposed to his girlfriend, surnamed Lai (賴) — who said yes.

CNA reported that the flight was part of a two-day tour organized by the Hualien County Government and a travel agency. It took off at 5:40 a.m. so passengers could see the sunrise at 6:10 a.m.' when the plane landed, the passengers took a tour of Hualien.

Tseng worked with the travel agency to plan the proposal, and as the sun began to appear in the sky, he produced a bouquet and engagement ring, getting down on one knee to propose. When Lai said yes, the pilot invited everyone on board to celebrate the moment with the couple.

In an interview, Tseng told reporters the in-flight proposal would become a very special memory. Lai said she had a feeling Tseng would propose during the trip but had not expected him to do so on the plane. She added that she was pleasantly surprised and moved by the gesture. Hualien County Government worked with a travel agency on the flight to catch the first sunrise of 2022. (CNA photo)