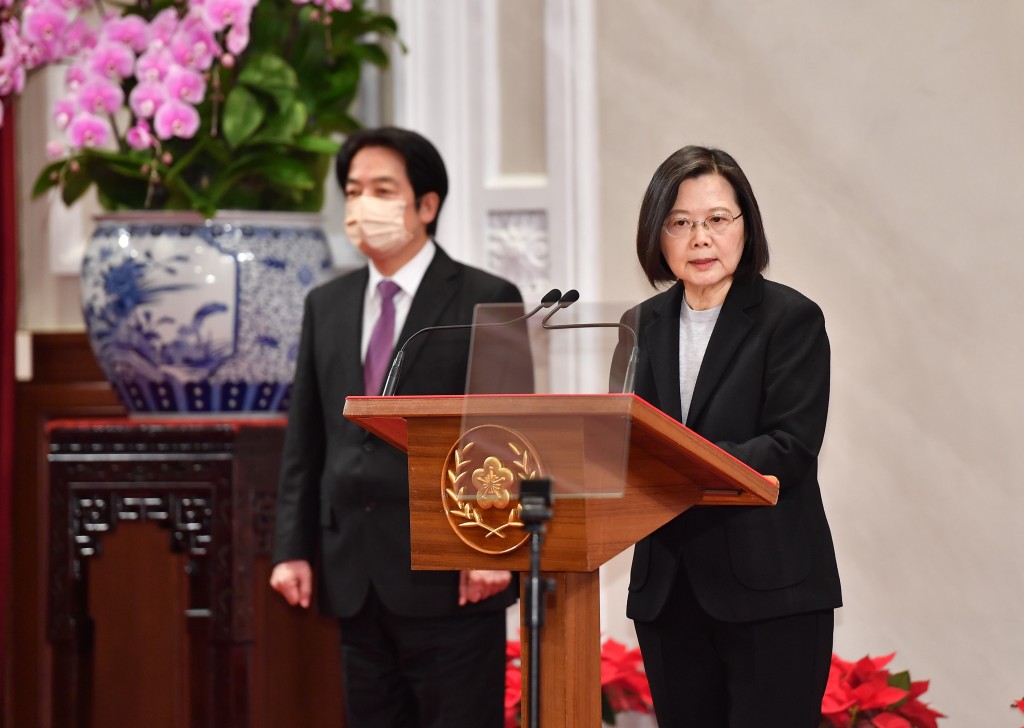 TAIPEI (Taiwan News) — President Tsai Ing-wen’s (蔡英文) livestreamed New Year’s address on Saturday (Jan. 1) highlighted four goals she has set for her administration in 2022 that aim to propel Taiwan forward based on the country’s economic growth and social challenges over the past year.

Tsai first reviewed the nation's economic achievements of 2021, highlighting the economic growth rate, which was predicted to reach an 11-year high despite uncertainties due to the pandemic, and lingering issues such as inflation and high housing prices. She then outlined four goals for 2022 — the “continued advance toward the world,” “maintaining the momentum of economic development,” “solidifying the social security system,” and “steadfastly protecting sovereignty.”

Tsai said the recent four-question referendum demonstrated the people’s determination to join the international community. The government will work hard to engage with the international community, forming and deepening ties through initiatives such as the New Southbound Policy, Taiwan-U.S. dialogues, the bid for CPTPP membership, and strengthened European connections.

Meanwhile, Tsai said that as a leader of the semiconductor manufacturing industry and a key player in the global digitalization and climate change response, Taiwan will continue to push for energy transition and net-zero emissions. She also addressed inflation and the mounting housing prices, assuring citizens the government will continue to monitor and control prices as well as to promote social housing and other social welfare measures.

Tsai expressed her concern for Hong Kong, citing interference in the election of Hong Kong’s Legislative Council and arrest of several members of the media in December, which drew “further concern for human rights and freedom of speech in Hong Kong.”

“The pursuit of democracy and freedom is not a crime — Taiwan’s support for Hong Kong will not change. Aside from paying attention, we must also cherish the hard-earned democracy and freedom, make Taiwan better, and let the world see that democratic Taiwan has the courage to walk away from the shadow of authoritarian China and not succumb to the pressure,” Tsai said.

She added, “In recent years, we have continuously called for China not to take away Hong Kong’s democracy and human rights and strongly protested military interferences and diplomatic suppression targeted at us. These actions are not helpful to maintaining regional peace and stability.”

She called for Beijing to “not to misjudge the situation” and to prevent the “expansion of internal, rash military advances.”

“The military is definitely not the option to resolve cross-strait differences. Only by taking care of each of our own people’s lives, reassuring society’s faith, will there be the space and atmosphere to face problems and seek solutions together peacefully,” she concluded.