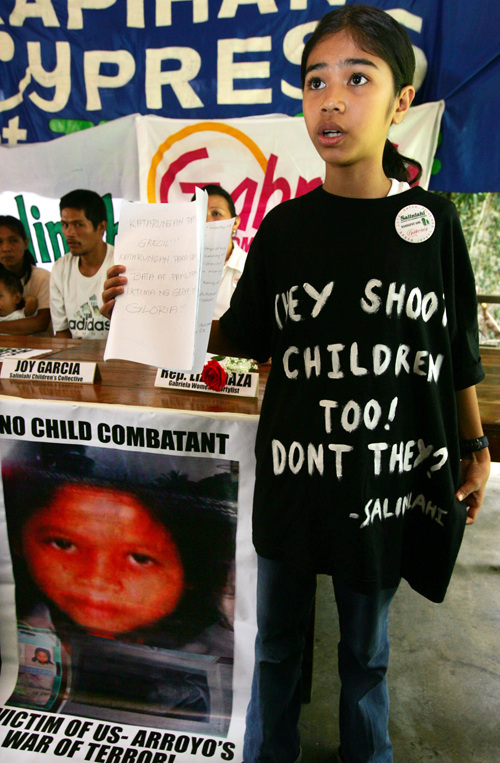 The Philippines restricted around 30 soldiers to barracks while it holds an inquiry into the death of a nine-year-old girl in a gunbattle with communist rebels, an army spokesman said on Friday.
"You can call it a form of penalty," said Lieutenant-Colonel Bartolome Bacarro. "But, the real purpose of the restriction was to make sure the troops are available during the investigation."
The army ordered the probe after human rights groups accused soldiers of killing a nine-year-old girl during a brief firefight with Maoist-led rebels on March 31 in New Bataan town on the southern island of Mindanao.
Possible court martial
The soldiers claimed the girl was holding an assault rifle when troops clashed with rebels for 10 minutes. A soldier was also killed in the skirmish.
Since 1969, the New People's Army has been waging a protracted rebellion that has killed more than 40,000 people and slowed growth in one of the poorest countries in Southeast Asia.
Although the NPA has said it does not use child soldiers, the group, like local Muslim rebel organizations, recruits teenagers.
Bacarro said the soldiers could face court martial if found liable for the death of the girl during a combat operation in the south.