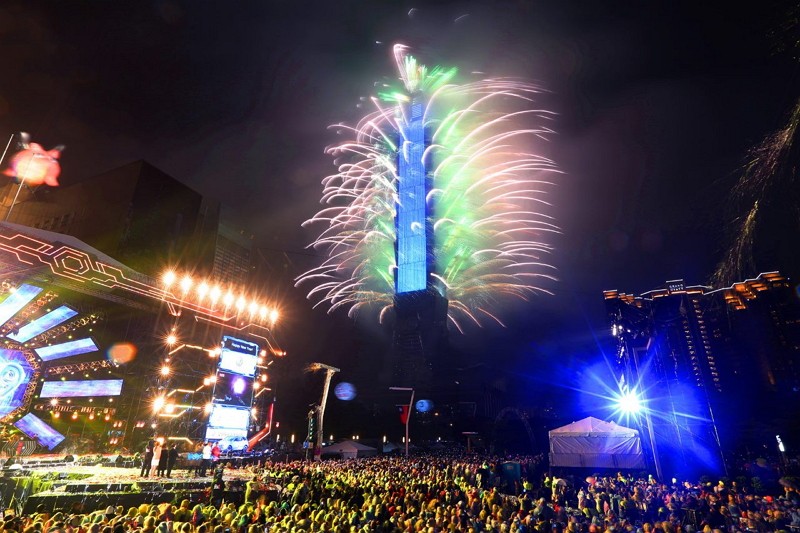 TAIPEI (Taiwan News) — It’s going to be overcast and chilly all day in the capital, with a 40% likelihood of showers during the annual New Year’s Eve fireworks display at Taipei 101 — or, if you are an optimist, a 60% chance of no rain.

Seasonal northeasterly winds will make temperatures of about 16 degrees Celsius during the day seem cooler, according to The Weather Channel. Meanwhile, New Year’s Day could see even colder temperatures, particularly in low-lying areas such as Hsinchu, where the mercury could dip as low as 11 C during the night.

The Central Weather Bureau is predicting some sunny weather in Hsinchu for New Year’s Eve and New Year, with highs of up to 20 C. This pattern of weather is repeated in Taichung, Changhua, Nantou, Yunlin, Chiayi, Tainan, Kaohsiung, and Pingtung.

Moving on to the longer-term pattern of weather in the north, Monday and Tuesday are expected to usher in slightly warmer conditions, up to 18 C in some places, and occasional sunny spells. A weather front is expected around Thursday, bringing northeasterly winds and occasional rainfall, particularly in the northeast.

Central areas and the south of the country will be warmer, in general. There could be highs of up to 19-22 C in central Taiwan and Hualien, with temperatures forecast to be a relatively balmy 23-25 C in south Taiwan and Taitung in the southeast. Pingtung could reach as high as 26 C.

Ultraviolet light radiation is low to moderate all around the country. Pollution is relatively light and will clear further during the coming week.