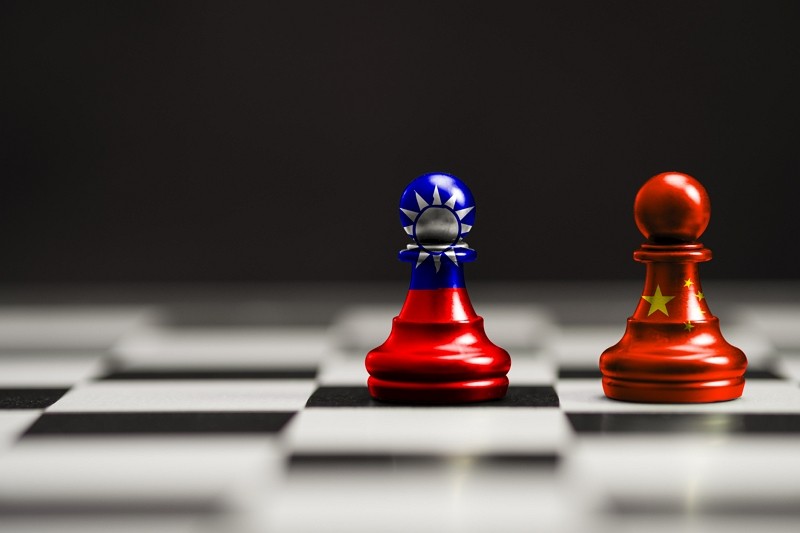 China claimed it was willing to seek peaceful “reunification” with Taiwan but would respond if red lines on independence were crossed, Reuters cited Taiwan Affairs Office spokesman Ma Xiaoguang (馬曉光) as saying at a press conference. “If separatist forces in Taiwan seeking independence provoke, exert force or even break through any red line, we will have to take drastic measures,” Ma said.

In response later on Wednesday, Taiwan’s Mainland Affairs Council (MAC) suggested China “seriously reflect on its work toward Taiwan and make correct judgment on the situation,” according to Reuters. MAC repeated its call for talks on an equal basis and said it has maintained a policy of “not provoking” to safeguard peace across the Taiwan Strait and in the region.

Taiwan has become one of the main factors in an increasingly tense relationship between the U.S. and China. Taiwan is an independent country and has vowed to defend its sovereignty and democracy.

Beijing regularly calls Taiwan the most sensitive issue in its relationship with Washington, according to the report.

Ma claimed provocation by pro-independence forces and “external intervention” could become “sharper and more intense” in the coming months, per Reuters. “Next year, the Taiwan Strait situation will become more complex and severe,” Ma added.

China over the past two years has greatly stepped up its military and diplomatic pressure against Taiwan. In 2021, Beijing sent over 950 sorties into Taiwan’s air defense identification zone, more than double the number seen in 2020.