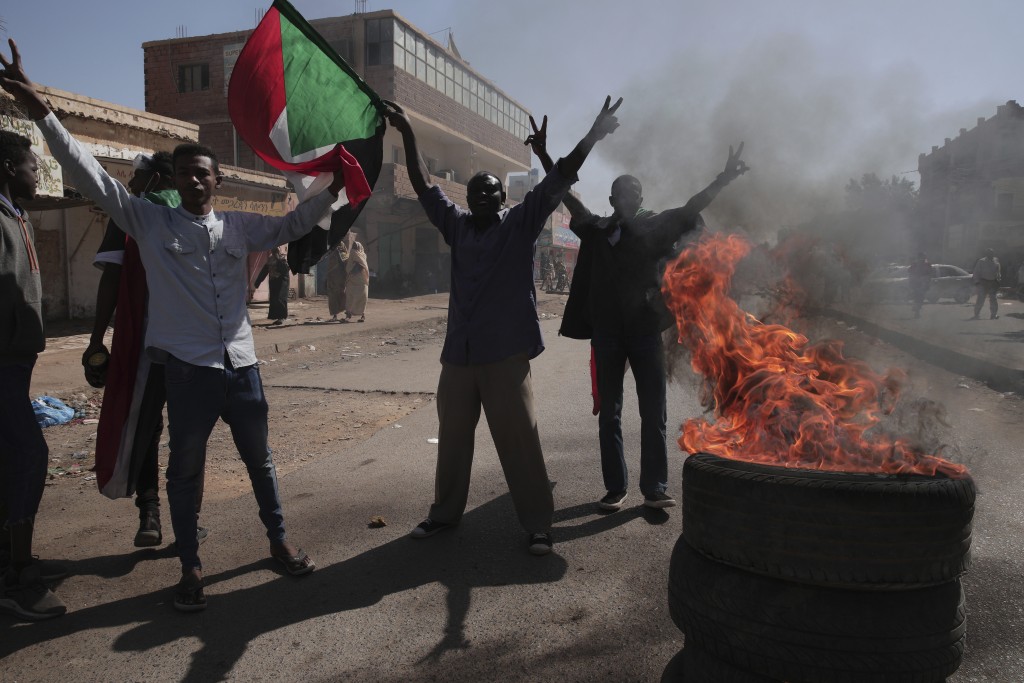 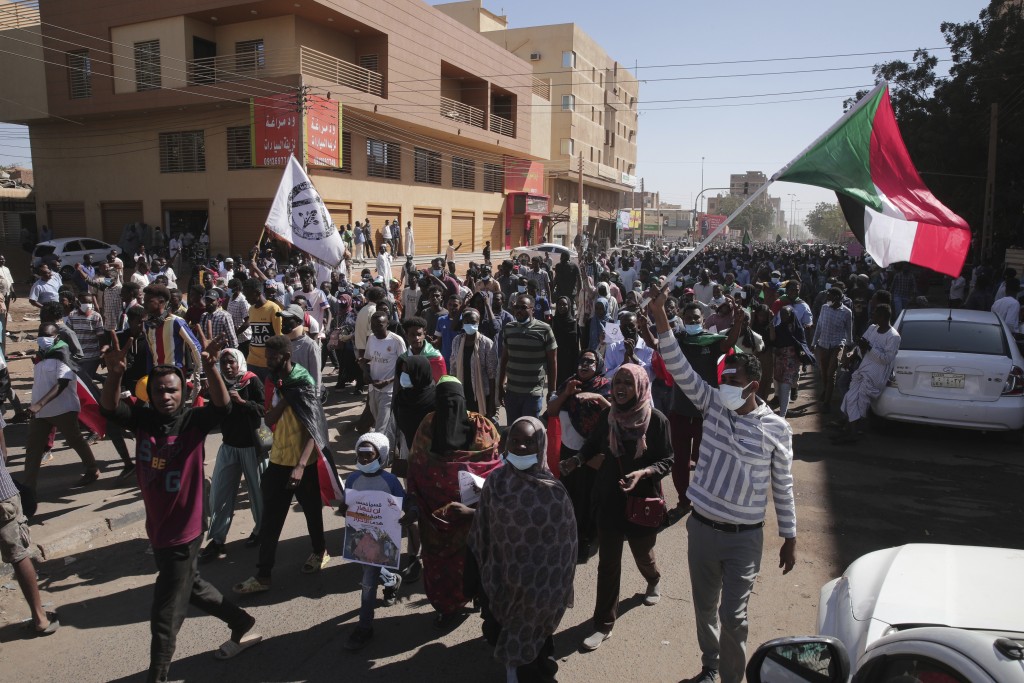 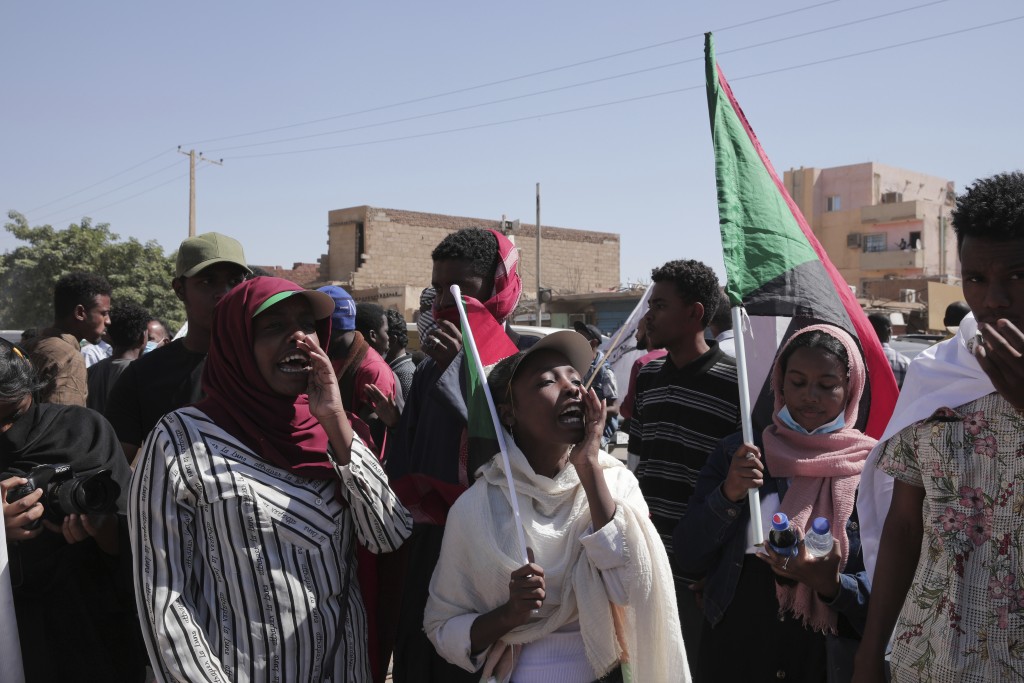 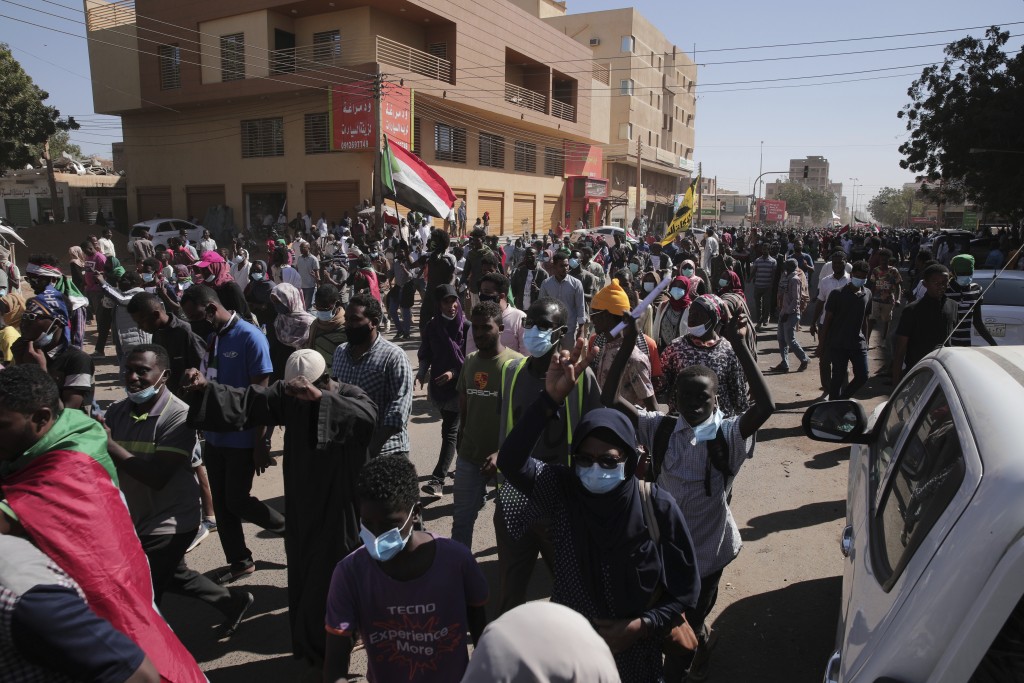 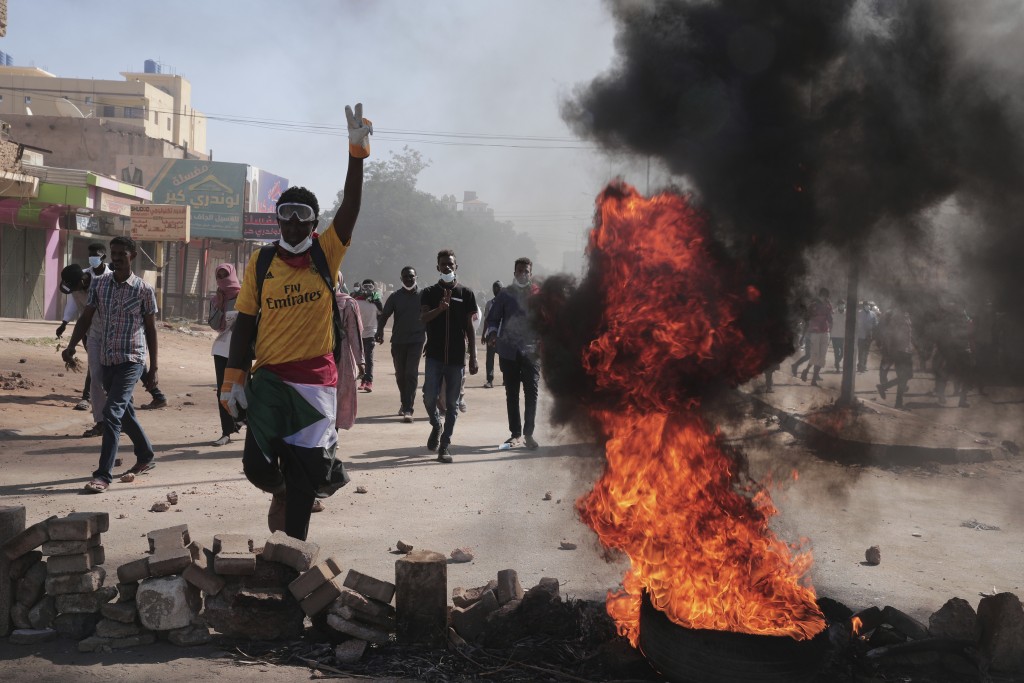 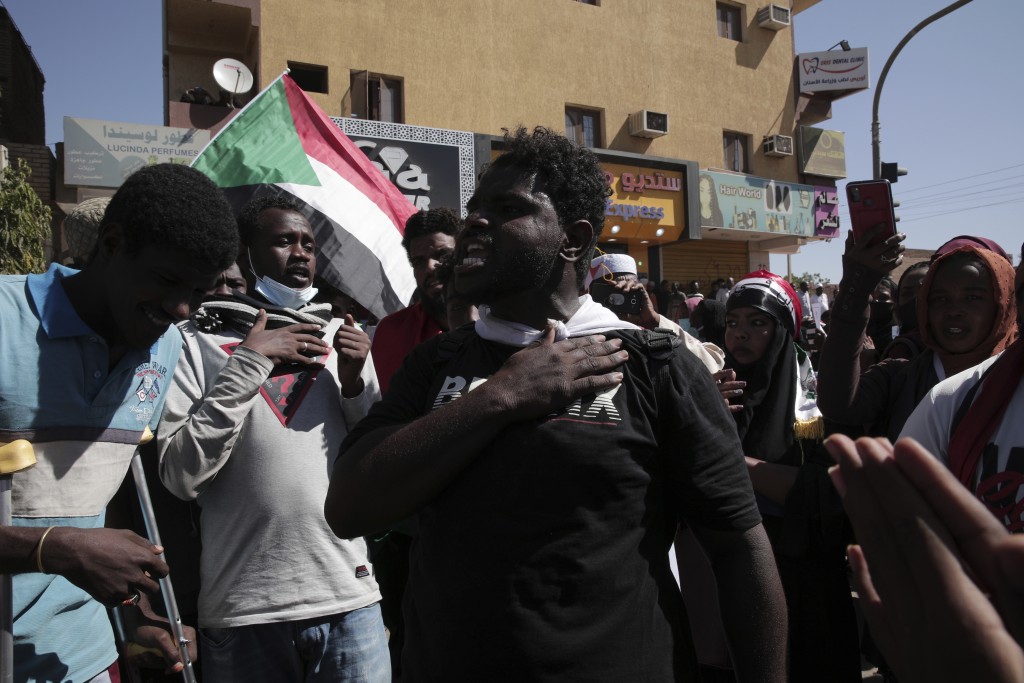 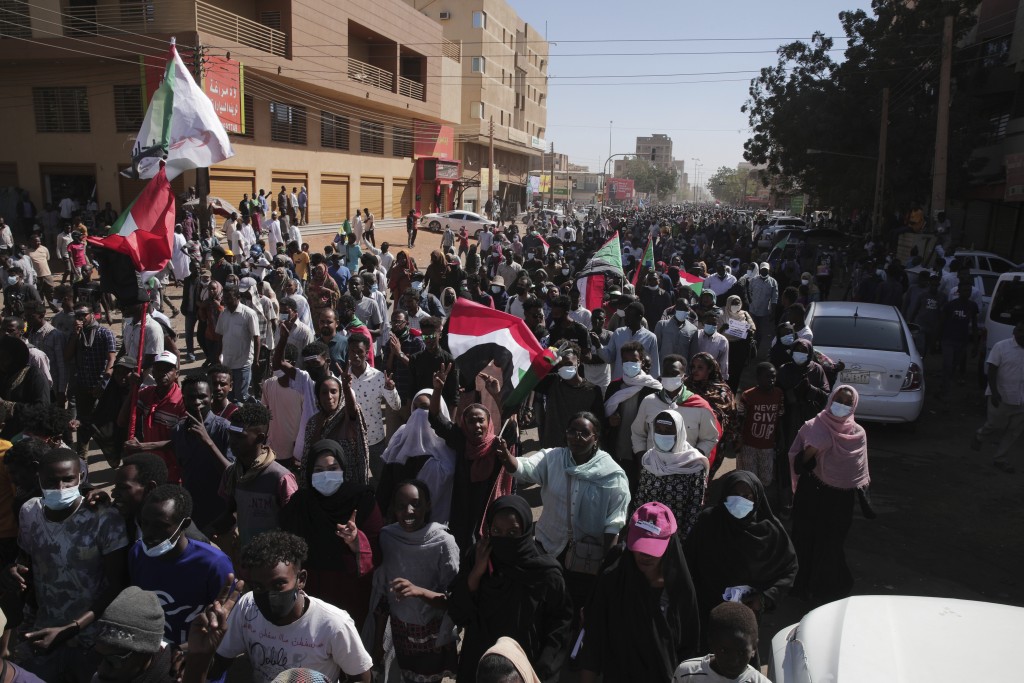 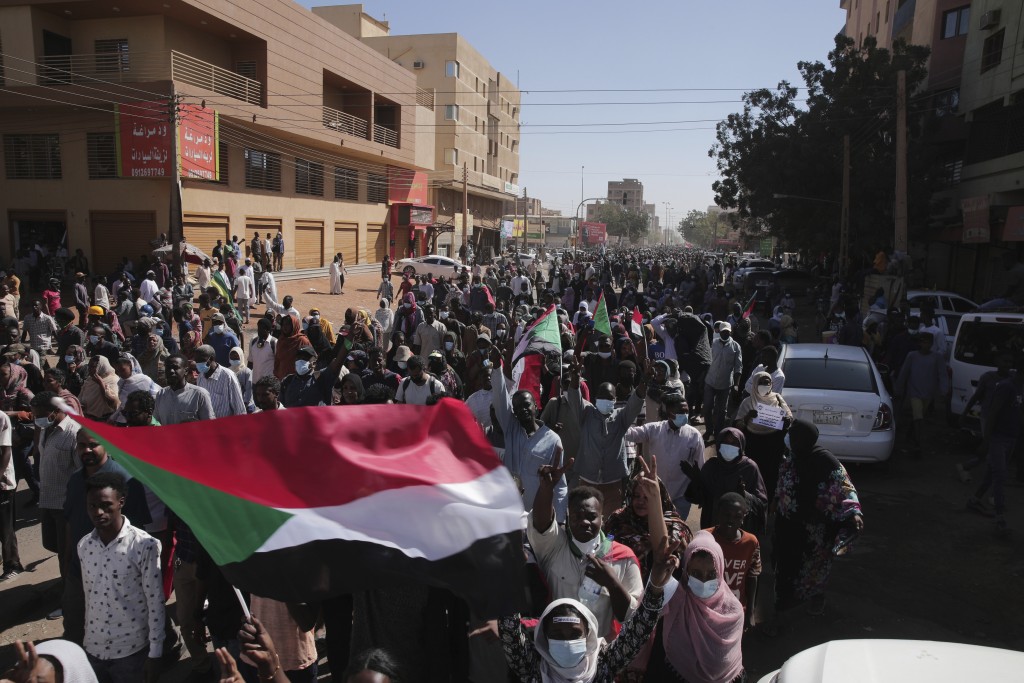 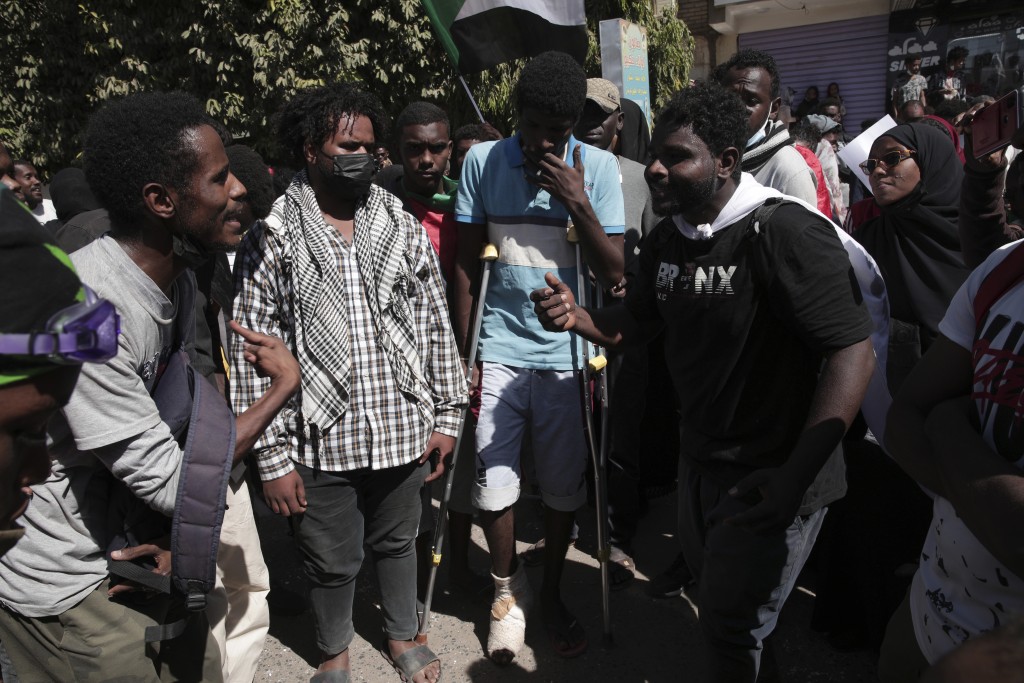 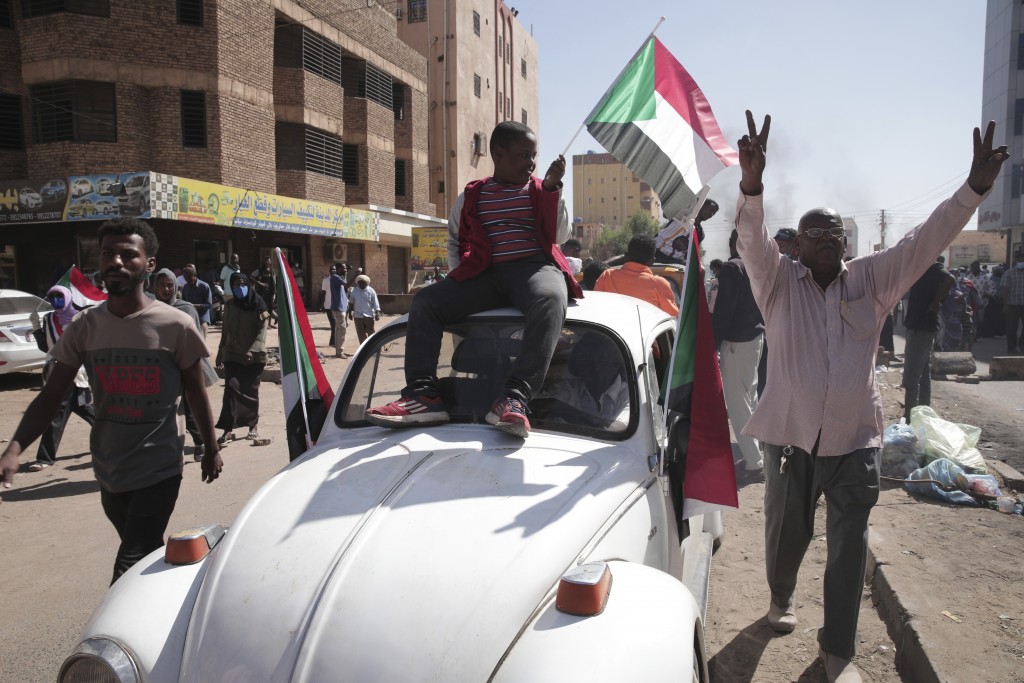 The Sudan Doctors Committee tweeted that the fatalities took place in Khartoum’s twin city of Omdurman and that many demonstrators were wounded.

The protests were the latest in near-daily demonstrations across Sudan — despite tightened security measures and closures of bridges and roads — over the Oct. 25 military takeover that upended the country's fragile transition to democracy.

During the day, thousands marched in Khartoum, beating drums and waving Sudanese flags. They chanted “Revolution! The military belong in the barracks!” Demonstrators also hurled stones at security forces and armored police vehicles from where tear gas was fired.

Similar protests took place in other parts of the country, including the provinces of Kassala and West Darfur, and the coastal city of Port Sudan.

The medical group called on doctors to rush to hospitals in Omdurman to attend to the casualties, saying many were “in critical condition.”

The committee is part of the Sudanese Professionals Association, which spearheaded the mass uprising that led to the ouster of longtime autocrat Omar al-Bashir in 2019. The association said that state-allied militias were intercepting ambulances and medics to prevent them from reaching the wounded.

Thursday's protests were preceded by a disruption of the mobile internet, according to advocacy group NetBlocs, a usual tactic employed by the generals since the coup.

“Our position is clear; we are opposed to any negotiations, partnership or compromise” with the military, said Shahinaz Gamal, a protester. “We came out today to bring down this (ruling military) council and to have a civilian democratic government afterwards.”

Despite the internet disruption, activists posted a few videos showing masked protesters under clouds of gas.

Also, Saudi-owned Al Arabiya television and its Al Hadath news channel reported that Sudanese security forces raided their bureaus in Khartoum and confiscated their equipment during the protests on Thursday. They also said that two of their correspondents along with their camera crew were beaten up by Sudanese forces.

The U.S. Embassy in Khartoum condemned the killing of four people and injury of dozens during Thursday's demonstrations. “We also deplore the violent attacks by Sudan’s security services on media outlets and journalists, and urge authorities to protect the freedom of the press," the embassy tweeted.

Volker Perthes, the U.N. chief's special representative for Sudan, said he was “deeply disturbed” by reports of the killings and attacks on the media. “Credible investigations into these violations are necessary," he tweeted. “All people have the right to express themselves peacefully; media have to report freely.”

Thursday's casualties bring to at least 52 the death toll in protests triggered by the coup, according to a tally by the physicians committee.

Prime Minister Abdalla Hamdok, a former U.N. official seen as the civilian face of Sudan’s transitional government, was reinstated last month amid international pressure in a deal that calls for an independent technocratic Cabinet under military oversight led by him.

That deal, however, was rejected by the pro-democracy movement, which insists that power be handed over to a fully civilian government tasked with leading the transition.