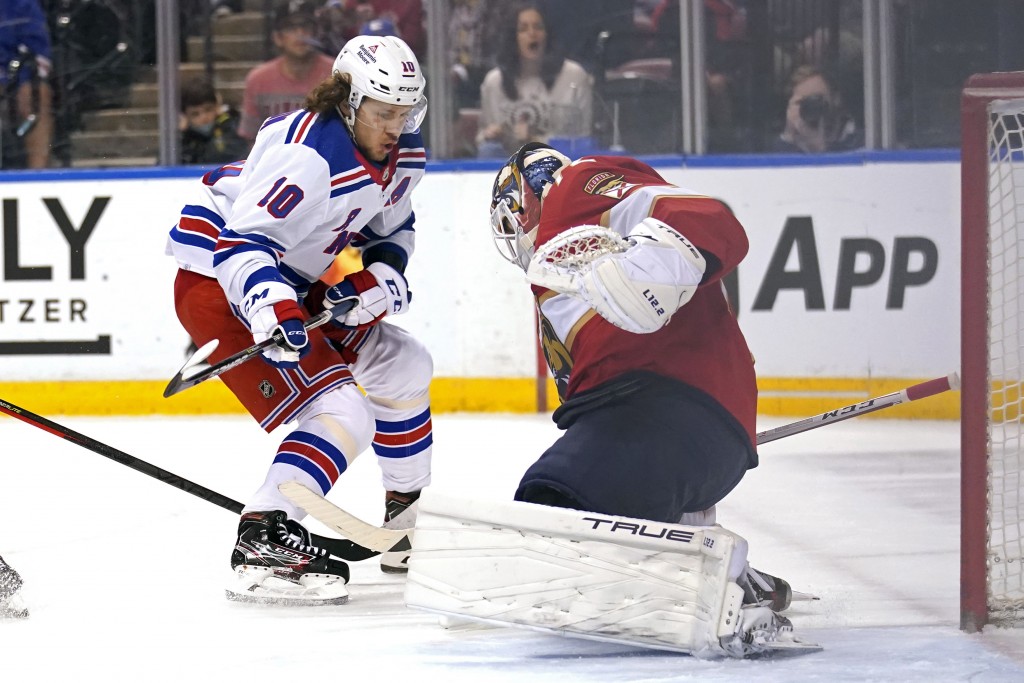 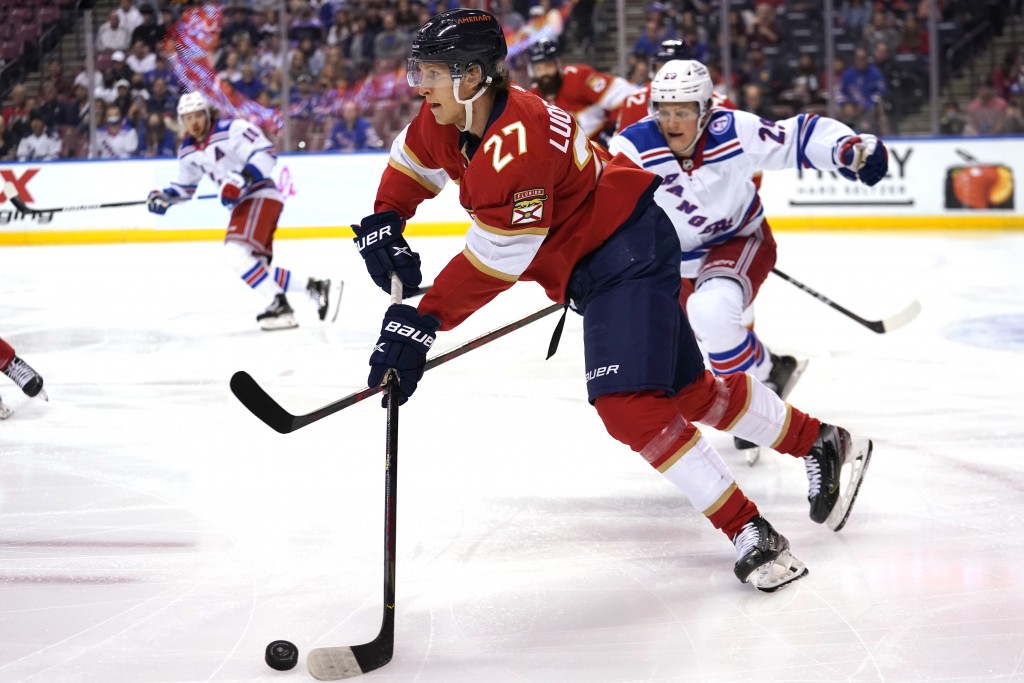 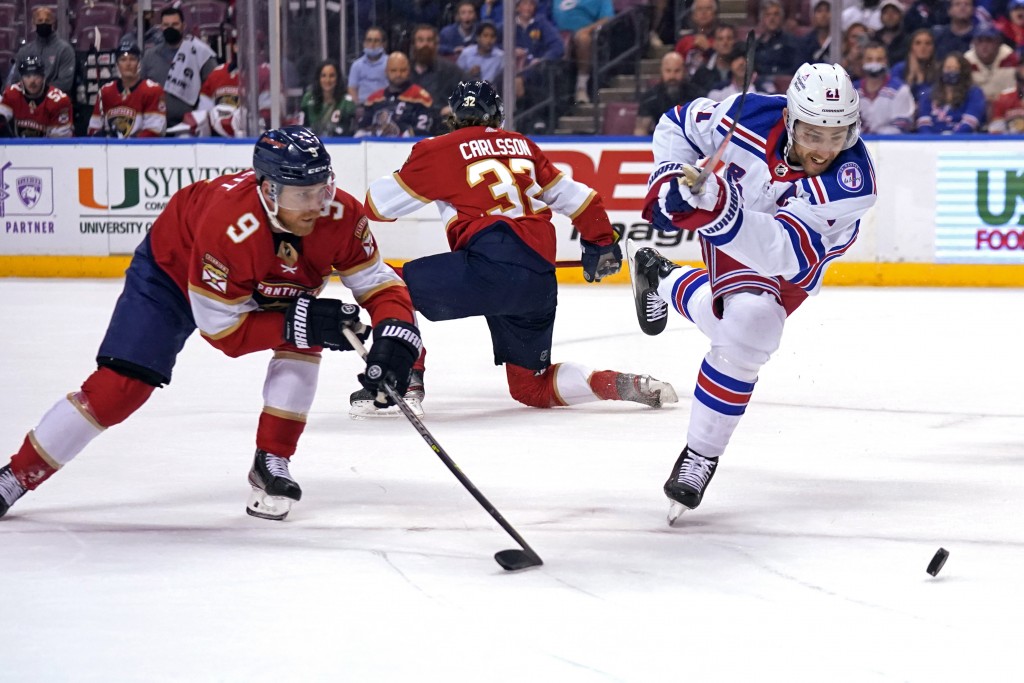 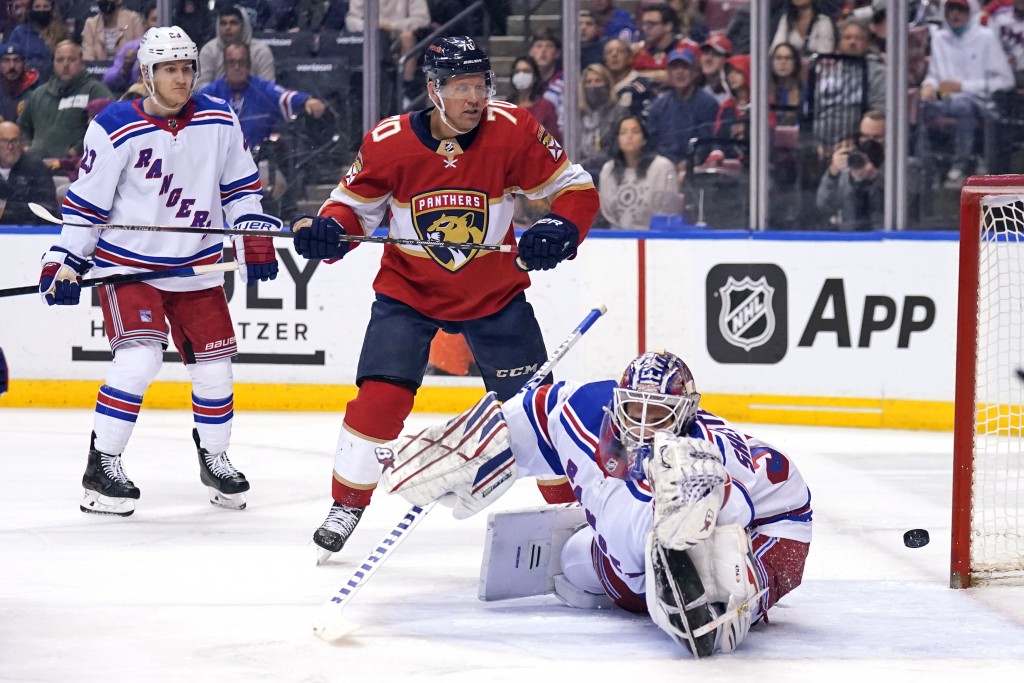 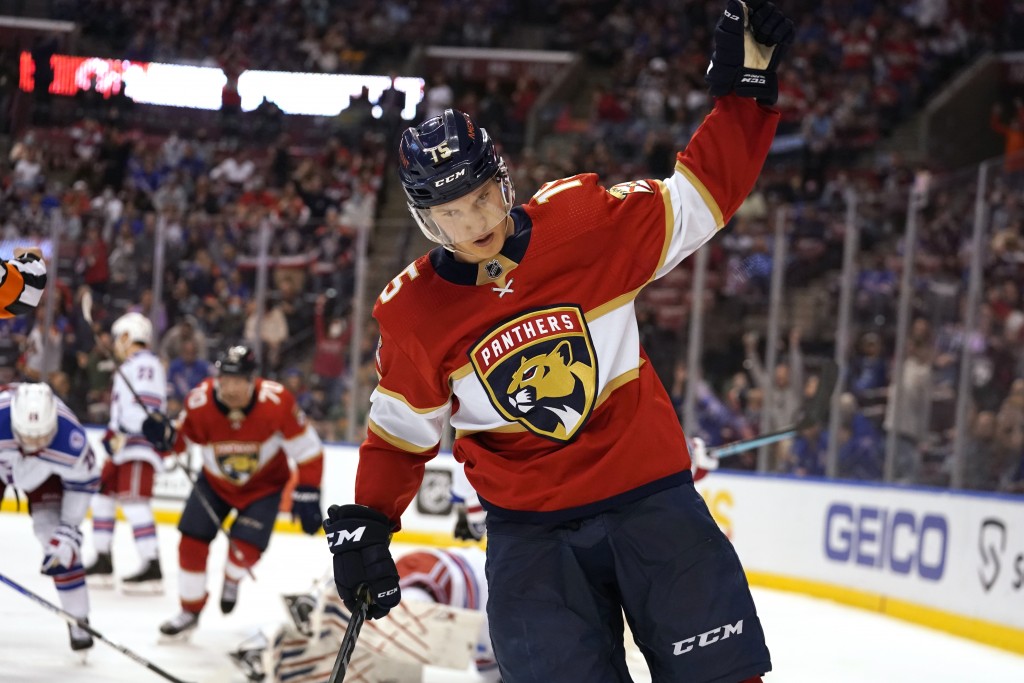 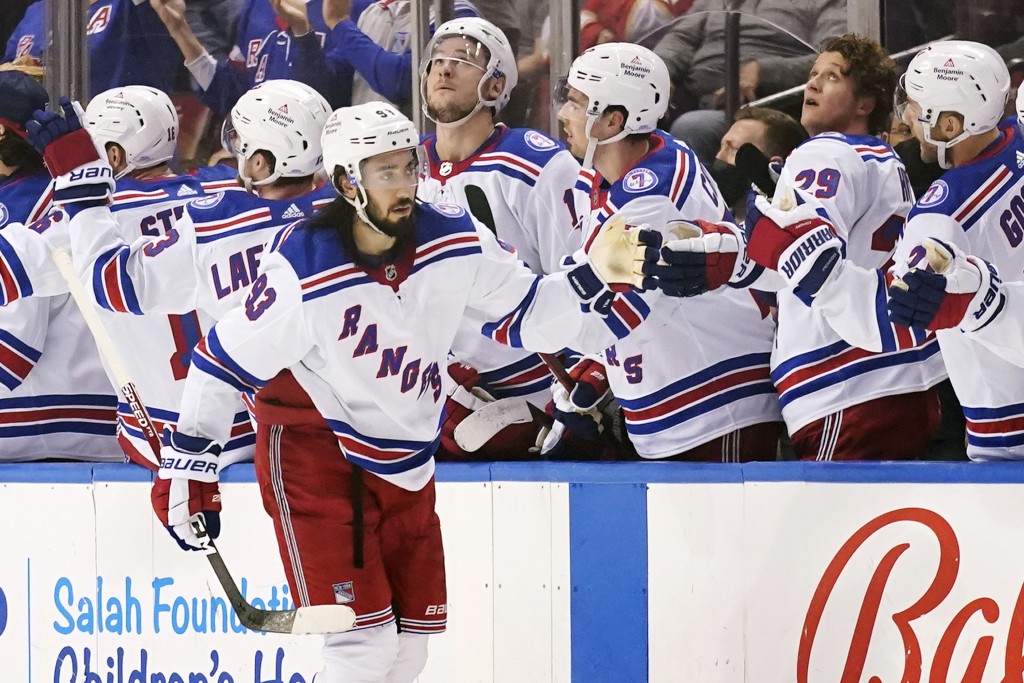 SUNRISE, Fla. (AP) — MacKenzie Weegar, Carter Verhaeghe and Anthony Duclair scored in the third period to rally the Florida Panthers past the New York Rangers 4-3 on Wednesday night as both teams returned from an extended holiday break.

Artemi Panarin and Mika Zibanejad each had a goal and an assist for the Rangers, who have lost four of five. Chris Kreider also scored and Igor Shesterkin made 28 saves after missing eight games with a lower-body injury.

Weegar fired a wrist shot high to Shesterkin’s stick side for his first goal of the season, tying it 2-all at 5:56 of the third.

“When I got that first goal, all the boys had smiles for me and were patting me on the back,” Weegar said. "They’re all happy for me and hopefully many more can come from that.”

Verhaeghe netted the go-ahead goal with a wrist shot from the left circle at 10:31.

Kreider scored at 19:15 after the Rangers pulled Shesterkin for an extra skater.

It was the Panthers’ first game in 13 days and the Rangers’ first in 12 following the NHL's extended Christmas break because of rising COVID-19 cases.

“It was fun to be back," Panthers interim coach Andrew Brunette said. "The guys were energetic. They played with a lot of enthusiasm, energy, compete. It was fun to watch that.”

The Rangers went ahead 2-1 at 12:43 of the second period when Zibanejad scored his eighth goal by firing in a feed from Panarin.

“The second was the best period by far for us. We dominated, I thought. Played really strong hockey," Rangers coach Gerard Gallant said. "And then the third, we just didn’t seem to have the (same) energy as we did in the second.”

Lundell scored off a rebound to tie it 1-all at 5:09 of the second. It was the rookie’s sixth goal.

Panarin scored his 10th goal to give the Rangers a 1-0 lead at 11:08 of the first. Panarin, shadowed by defenseman Aaron Ekblad as he skated toward the net, pulled the puck between his legs before slipping a soft backhand past Bobrovsky.

“I practiced it the last three days,” Panarin said of the move. “I saw the world (junior) championships and saw a couple of young guys do it, and I remember Kreider doing it pretty well. I realized, ‘Why I’m not doing it?'”

NOTES: Six of seven Panthers who had been in COVID-19 protocol returned. Sam Bennett, Ekblad, Radko Gudas, Ryan Lomberg, Brandon Montour and Verhaeghe all played. Frank Vatrano was scratched. … Florida also welcomed back Aleksander Barkov, Maxim Mamin and Mason Marchment from injuries, and Gus Forsling from a non-COVID-19 illness. … Gallant coached the Panthers for parts of three seasons (2014-16) and led them to an Atlantic Division title in 2015-16. ... Panarin has a nine-game point streak (three goals, 13 assists) vs. the Panthers. ... New York had been 10-0-3 when leading after two periods.