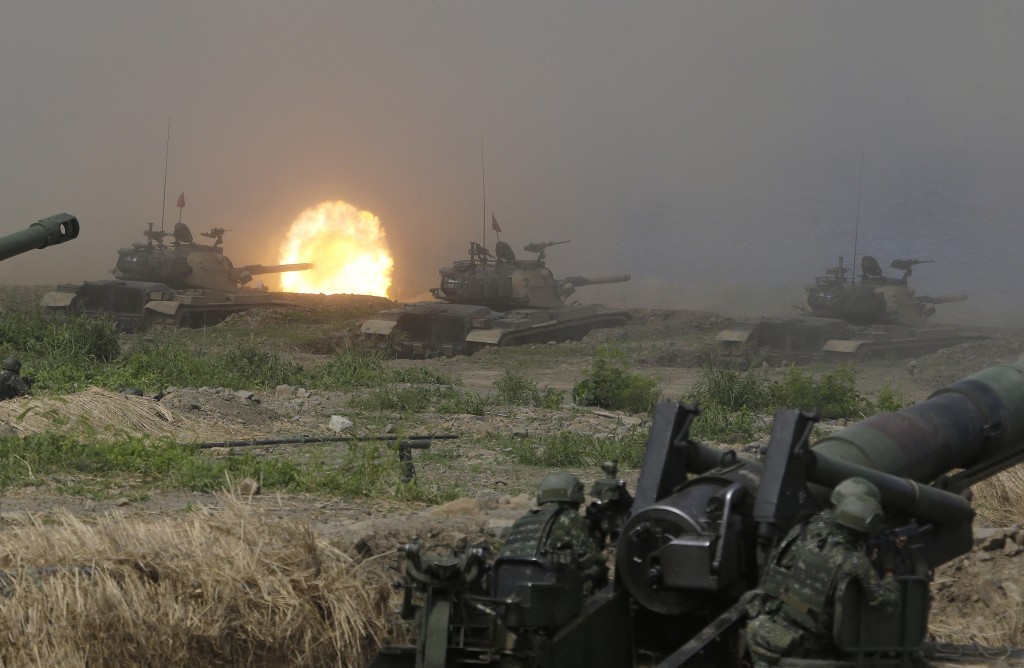 TAIPEI (Taiwan News) — Some of the most respected scholars in the United States worry China will use military force against Taiwan, and some U.S.-based analysts fret that Taiwan has become indefensible in the face of China’s military advances.

In our ideal world, these pessimists would be wrong. We hope they are; but what if they are right?

In a recent article, we considered this possibility. We concluded that it would be prudent for Taipei and Washington to develop a new approach to deterring a Chinese invasion — one that does not rely on a threat of war that might be losing its potency.

These are punishments that would be meted out against Beijing in the event of an invasion. The point is to make these threats seem severe and credible enough that China’s leaders are dissuaded from contemplating invasion in the first place.

We recognize that, on their own, none of these promised punishments will be enough to deter China from invading Taiwan. However, if they can be woven together into a comprehensive package of credible threats, it might be possible to convince leaders in Beijing that nothing good can come from launching an unprovoked armed attack.

Our article — meant primarily for academic audiences — has received a negative reception in Taiwan. Perhaps this was to be expected. We knew that our proposals would be jarring to some readers, even shocking.

But we are keen to set the record straight on a few points.

To begin with, we are dismayed our critics have portrayed us as arguing that Taiwan should destroy its semiconductor plants now before a Chinese invasion has taken place so that the main island of Taiwan becomes less economically valuable from Beijing’s perspective. This is simply not what we proposed.

We want to ensure that a Chinese invasion never happens. This means threatening China’s leaders with dire consequences in the event of them launching an armed assault. It does not mean taking self-defeating actions now for no reason whatsoever.

We are similarly disappointed that some commentators have interpreted our argument as being that China wants Taiwan because of its semiconductors. Nowhere have we suggested this.

Rather, we argue that China’s economy has become dependent upon Taiwan’s microchips in recent decades and that this dependence can now be used as leverage over China. This was not always the case, but it is the case now. This is a statement of political and economic reality.

Each has explicitly stated that the harm an invasion would cause to Taiwan’s semiconductor industry, presumably due to supply-chain disruptions and unintentional damage, would be prohibitively costly for Beijing.

Viewed in this context, our argument in favor of scorched earth is not nearly as bizarre as our critics would have it. The logic of holding Taiwan’s semiconductor industry hostage is already well-understood.

We simply have extended the logic, embracing it more fully. Instead of incidental “disruption,” Taiwan can threaten certain “destruction.”

One benefit of threatening scorched earth is that Taiwan can independently assure Beijing of major economic costs if it ever commits the crime of aggression. In an era when U.S.-based analysts openly question the credibility of America’s commitments to Taiwan, such an independent means of deterrence is to be valued more than ever.

People in Taiwan should take note that the Chinese Communist Party (CCP) has condemned our proposals in a written statement. It is not surprising to us that the CCP is opposed to Taiwan developing more independent means of deterring an invasion.

It suits them to have Taiwan reliant upon the United States for its security because Beijing hopes Washington can be dissuaded from intervening in the event of a military confrontation. This would enable Taiwan to be quickly and easily conquered.

Finally, our critics have expressed disbelief that Taiwanese should be asked to sacrifice their most lucrative industry in the wake of a Chinese invasion. This is an understandable reaction.

Yet some of these same critics are calling for the U.S. and its regional allies to declare all-out war on China in the event of an attack on Taiwan. In our view, it strains credulity to argue that the planned destruction of semiconductor foundries would be worse for the people of Taiwan than being caught up in a major conflagration between the world’s two most powerful militaries.

To be clear, there is no conceivable way that Taiwan or the U.S. could respond to a Chinese invasion without imposing costs and risks upon the people of Taiwan. This is an inescapable reality.

Deterrence in an age of growing Chinese strength will require learning the abrasive truths that a people must believe if they are to preserve their independence. A work of Chinese science fiction, Liu Cixin’s "The Three Body Problem," perhaps illustrates these psychological truths better than any academic text could.

As shown in the novel, deterrence requires a threat to do great harm to an adversary that will “almost certainly” be successfully carried out. This is especially difficult in circumstances where following through comes at a high cost.

Taiwan has the capability. Does it have the willpower? If it is to maintain its independence, it must start thinking about the unthinkable.


Peter Harris is an associate professor of political science at Colorado State University. Jared Morgan McKinney is the chair of the Department of Strategy and Security Studies at the eSchool of Graduate Professional Military Education, Air University.

Opinions, conclusions, and recommendations are solely those of the authors and do not necessarily represent the views of Air University, the United States Air Force, the Department of Defense, or any other U.S. government agency.