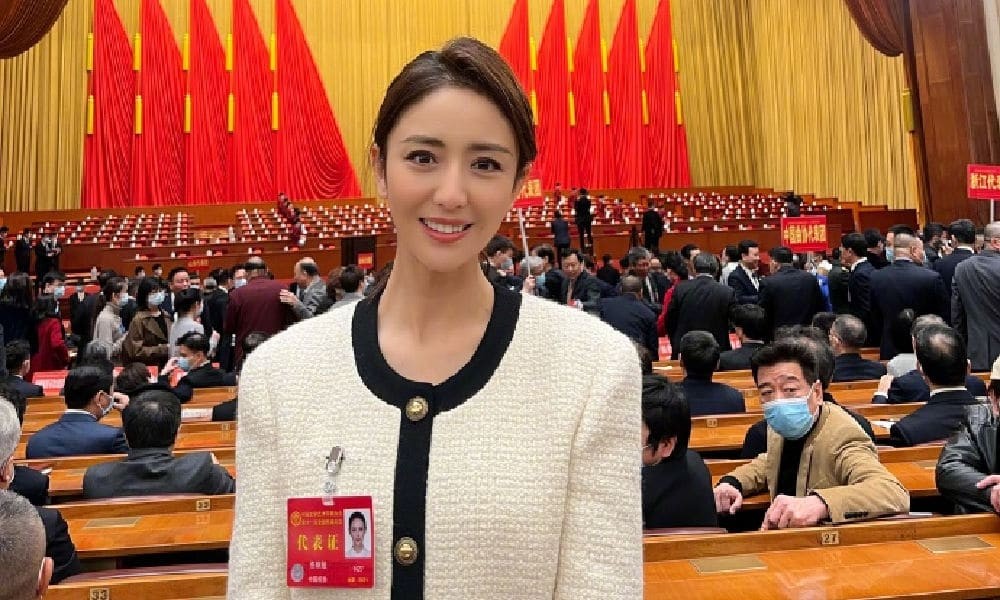 TAIPEI (Taiwan News) — China’s censors have been busy scrubbing the internet clean of news about an affair and potential marriage between Chinese starlett Tong Liya (佟麗婭) and one of the China Communist Party's (CCP) most senior propagandists.

Tong — an entertainer and Xinjiang native of the Xibe ethnic group — announced her divorce from film director Chen Sicheng (陳思誠) earlier in the year. However, this month China’s social media sites erupted with news that she recently remarried powerful state-media mogul Shen Haixiong (慎海雄), the deputy minister of the CCP’s Central Propaganda Department and the president of the China Media Group.

Tong was allegedly Shen’s previous mistress and her relationship with Shen may have led to her taking the stage at the CCTV Spring Gala Festival in February this year, according to rumors cited by a WhatsonWeibo report.

The news comes after posts about the sexual abuse scandal involving female tennis star Peng Shuai (彭帥) and former Chinese vice premier, Zhang Gaoli (張高麗), were blocked online. The Peng saga brought considerable international controversy after the athlete claimed she was ‘safe’ in a staged call with the International Olympic Committee president before videos later surfaced of her denying she had made the accusations in the first place.

Though some reports about Tong remain unconfirmed, they hit a nerve with the censors. Such was the speed of erasure that “the quick censorship itself became somewhat of a spectacle” per WhatsonWeibo, with all posts on the topic Tong Liya’s Remarriage’ (“佟麗婭再婚”) completely vanished.

But the authorities could not quash all the follow-up reports. Tong soon went to the police to request extra assistance in combating the online rumors and, on Dec. 23, the Weibo hashtag “Beijing Police are Handling Tong Liya’s Report” (#北京警方受理佟麗婭報案#) racked up over 1.7 billion views.

Users desperate to continue discussing the scandal later resorted to foreign languages and even Morse code, per WhatsonWeibo. There was a lot of outrage about the extent of the censorship, per one Vice reporter.

The case is supposedly being investigated by Beijing police.