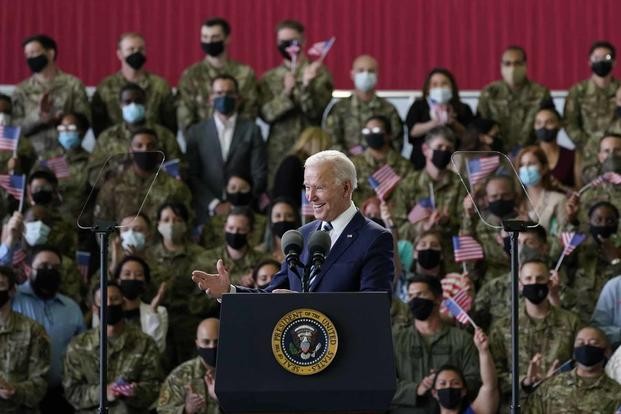 When the bill reached Biden's desk on Monday, he officially signed it into law. The US$768.2 billion law includes US$740 billion for the defense department, US$25 billion more than the US$715 billion Biden had requested.

Section 1246 of the act calls for continued support for Taiwan's military to enable it to maintain a "sufficient self-defense capability." This section of the act also states that "naval forces of Taiwan should be invited to participate in the Rim of the Pacific exercise conducted in 2022."

First started in 1971 and held every two years, the U.S.-led RIMPAC is the largest international maritime warfare exercise. The U.S. Pacific Fleet now considers the exercise crucial to safeguarding "vital shipping lanes" and "freedom of navigation through international waters."

Section 1247 obligates the U.S. to resist a "fait accompli" in the Taiwan Strait. The act defines "fait accompli" as the use of force by China to "invade and seize control of Taiwan before the United States can respond effectively.

Section 1248 recommends building up Taiwan's asymmetric defenses, including "coastal defense missiles, naval mines, anti-aircraft capabilities, cyber defenses, and special operations forces." It also calls for an intelligence assessment on Chinese military threats toward Taiwan and "irregular warfare activities" such as influence operations, that are designed to subvert the "peace and stability in the Taiwan Strait."

Section 1249 calls on the secretary of defense to submit a report by Feb. 15, 2022, on the "feasibility and advisability" of enhanced cooperation between the U.S. National Guard and Taiwan.