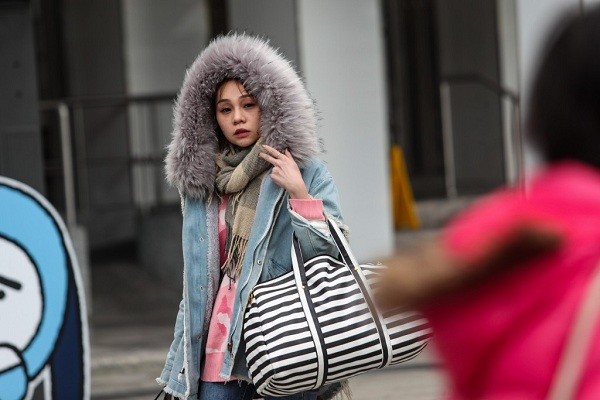 TAIPEI (Taiwan News) — Another cold air mass is expected to arrive in Taiwan on New Year’s Eve, while the current one will begin to weaken on Tuesday (Dec. 28), meteorologist Daniel Wu said Sunday (Dec. 26).

Occasional showers will continue on Monday (Dec. 27) in the north, east, and mountainous areas in the central and southern regions of the country, Wu said.

As temperatures dropped to around 10 degrees Celsius in flat areas of northern Taiwan Sunday night to Monday morning, snow fell on numerous mountains with an altitude of over 3,000 meters, including Hehuanshan, Xueshan, and Yushan, as well as on Jiaming Lake.

According to the meteorologist, temperatures will rise Tuesday morning through Wednesday, with mostly clear skies along the west coast and occasional showers in the east.

A seasonal northeasterly wind system is expected to gain momentum from Wednesday afternoon to Thursday, bringing local rains to the north and the east, and temperatures will begin to drop, Wu said.

Another cold air mass, though less cold and humid than the current one, will arrive on New Year’s Eve and further lower temperatures and bring occasional rains to the east coast, the meteorologist said, adding that the weather will remain sunny in the west. The cold air mass will weaken and temperatures rise again on New Year’s Day.