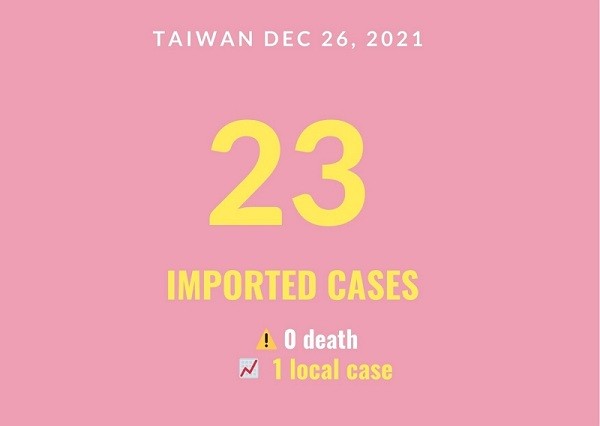 The one local case is a man in his 30s who has not been vaccinated for COVID-19, according to a CECC news release on Sunday. He was diagnosed with the virus on Saturday after being tested due to his work, which includes caring for patients.

Taiwan has so far reported 16,915 confirmed cases of COVID-19, 2,261 of which were imported. As of Sunday, a total of 850 people in the country, including 12 imported cases, had succumbed to the disease.