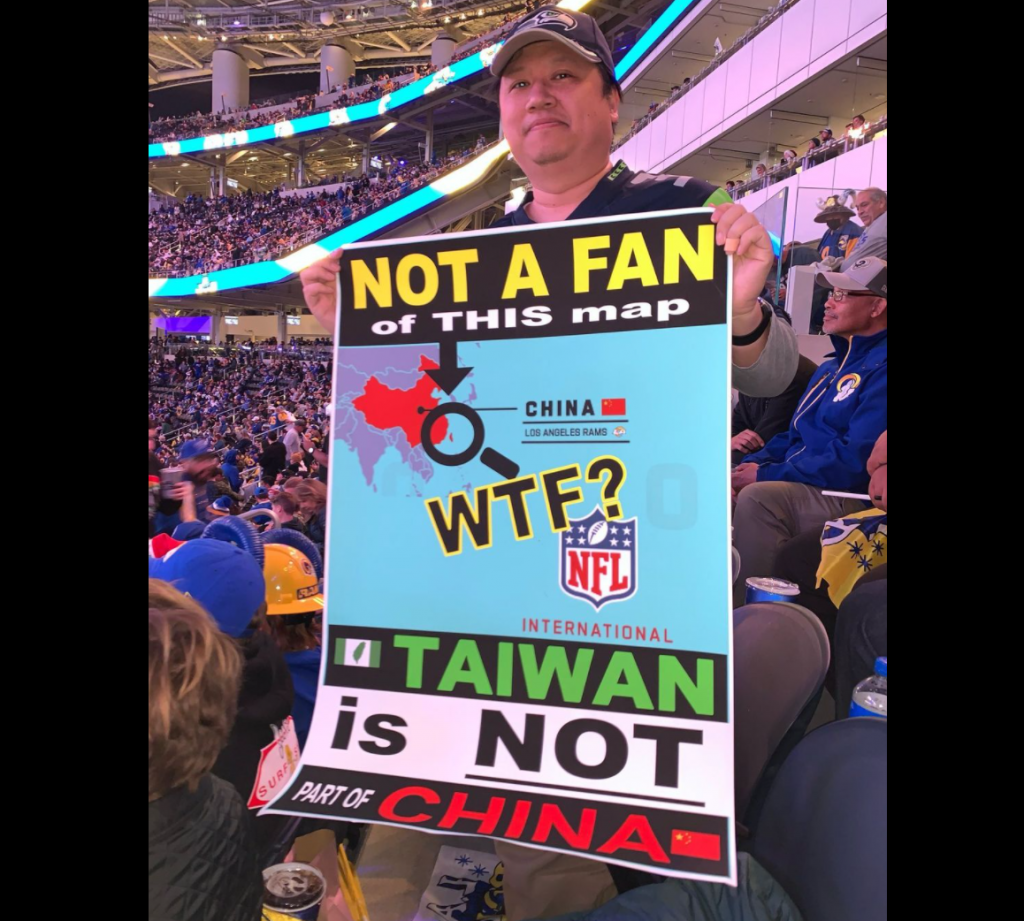 TAIPEI (Taiwan News) — The Taiwanese-American community in Los Angeles has stepped up its protest against the National Football League’s (NFL) decision to label Taiwan the same color as China on its “International Home Marketing Areas” map by attending a Los Angeles Rams game with home-made posters.

CNA reported that former Formosan Association for Public Affairs (FAPA) President Peter Chen (陳正義) and the organization’s Los Angeles Chapter deputy head Ken Wu (吳兆峯) brought signs and posters to the game. Wu posted a photo of himself holding the poster, which showed the East Asia portion of NFL’s map with the text, “Not a fan of this map, Taiwan is not part of China.”

According to CNA, in a video recorded at the stadium, he said, “Hey NFL, straighten your backs, Taiwan is not a part of China. I’ve been a fan of American football for 25 years, but I don’t like this map one bit. If you want to do business with Taiwan, talk to Taiwan directly and not through China, China does not own Taiwan.”

“Hey NFL, don’t pander to China, Taiwan is not China, Taiwan is a democratic country. Please correct the map, and learn from the Women’s Tennis Association (WTA); have some courage, will you?” said Chen.