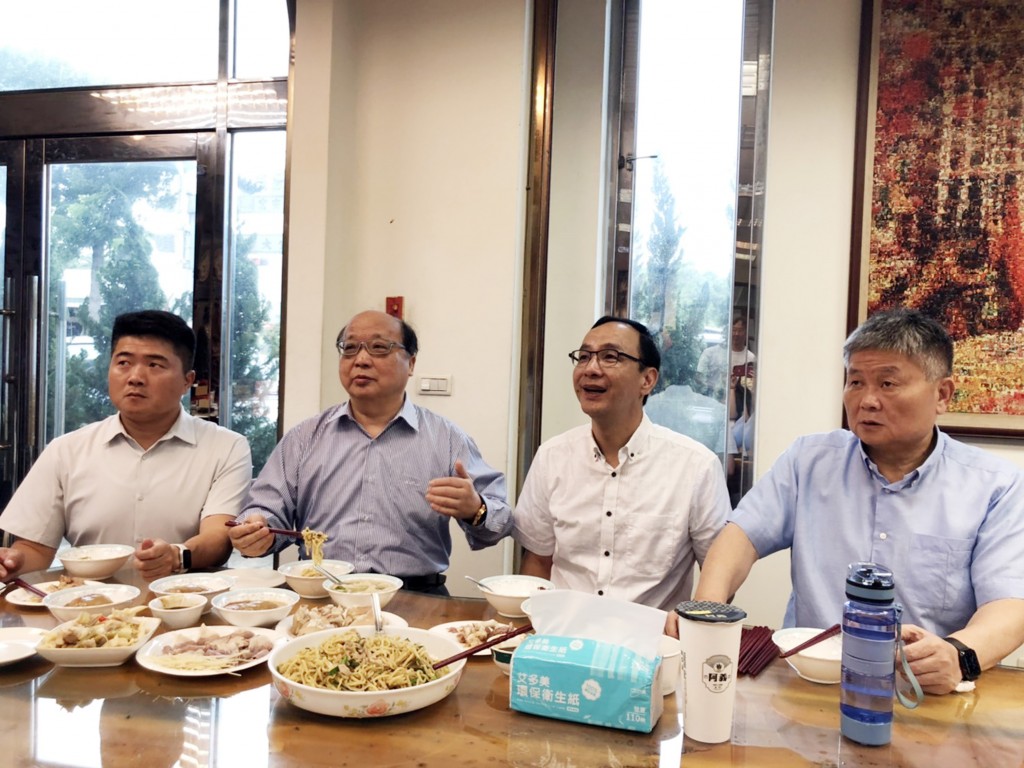 Something truly remarkable is happening in Taichung: the once almighty Yen clan that heads the Taichung Black Faction is under attack. Every few days a new allegation against the family surfaces.

Some have stuck, like the case of an illegal structure. Others are simply allegations, or are under investigation. The list is long and too numerous to share them all, but some examples include non-payment of debts, using their power to scare off bidders at auction, vote buying, questions about the death of a Filipina in their employ, running a gaming parlor, using the Taichung Power Plant as an “ATM machine,” that Yen Kuan-hung’s American MBA is from a diploma mill, that the Dajia Jenn Lann Matsu Temple run by the family has been filing the exact same tax return income for decades and much more.

It’s as if a dam has broken. For years, the press has largely left the powerful clan alone and possibly with good reason. The patriarch of the family is former lawmaker Yen Ching-piao (顏清標), who has been in and out of jail multiple times for different offenses.

He is also head of the famed Dajia Jenn Lann Matsu Temple, which runs the famous annual pilgrimage. Prison authorities would even let him out to attend certain banquets. He, and his children, own hundreds of properties.

After being sent to jail the last time, Yen’s son Yen Kuan-heng (顏寬恆) won the by-election as the Kuomintang (KMT) candidate to take over his legislative seat in the Taichung 2 electoral district, which runs along the coast and along the south of the city. The bulk of it is a Black Faction stronghold, though some falls in Red Faction territory to the southeast. His sister, Yen Li-min (顏莉敏) is the vice speaker of the Taichung City Council.

Then in 2020, Yen Kuan-heng lost the seat to Chen Po-wei (陳柏惟 aka 3Q) of the Taiwan Statebuilding Party (TSP) by a narrow margin. Chen, however, was unseated in October in a close recall vote.

The by-election is set for Jan. 9 and has a field of five candidates, but the two important ones are Yen Kuan-heng of the KMT and Dr. Lin Ching-yi (林靜儀) who is running with the support of both the Democratic Progressive Party and the Taiwan Statebuilding Party and sporting both party logos on her campaign materials.

Lin, the physician-turned-politician, has a reputation for being clean and idealistic, having previously been a party-list lawmaker and the head of several departments within the DPP, including for gender equality and international affairs. Both former mayor Lin Chia-lung and Chen Po-wei have joined her campaign.

This race is a crucial one to watch. If the DPP wins, it will be viewed as a big blow to the patronage factions and the most famous factional family, the Yens. If Yen wins back the seat, it shows the factions still have some pull and that old school politics still has a place.

Much could come down to two major factors. One is the press, which for the first time is no longer pulling their punches. This has so distressed the elder Yen that he was reportedly very upset at the “bullying” of his son.

The younger Yen has appealed to the National Communications Commission (NCC) over TV talk show coverage of him and his campaign, which issued a mild rebuke to SET News and Formosa News and ordered them to take note of “viewer complaints.” Forty-five of the 58 complaints were filed by Yen himself. He has also sued radio personality Clara Chou (周玉蔻) over her repeated allegations against him.

Another factor is the get-out-the-vote power of the Black Faction. It is unknown just how effective they are at this, but it is worth noting that in the Chen recall the voter turnout was over 50%, versus turnout in the low forties for other recall votes. Chen himself estimated, citing poll details he had seen during the campaign, that at least 20,000 voters came out at the behest of the factions. How accurate his assessment is unclear, but it is a real phenomenon.