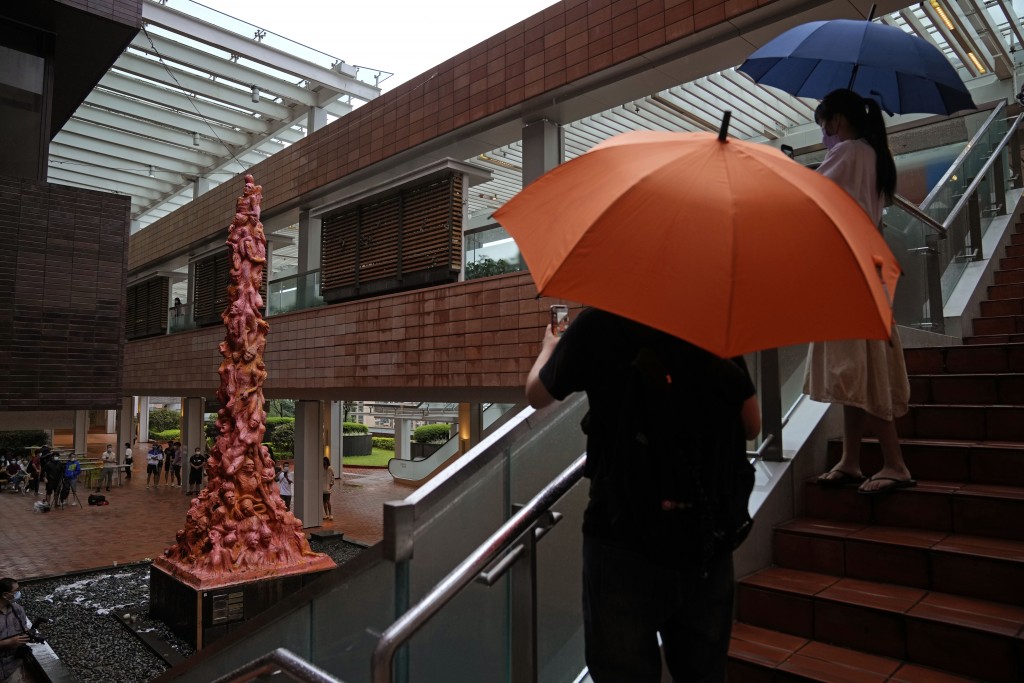 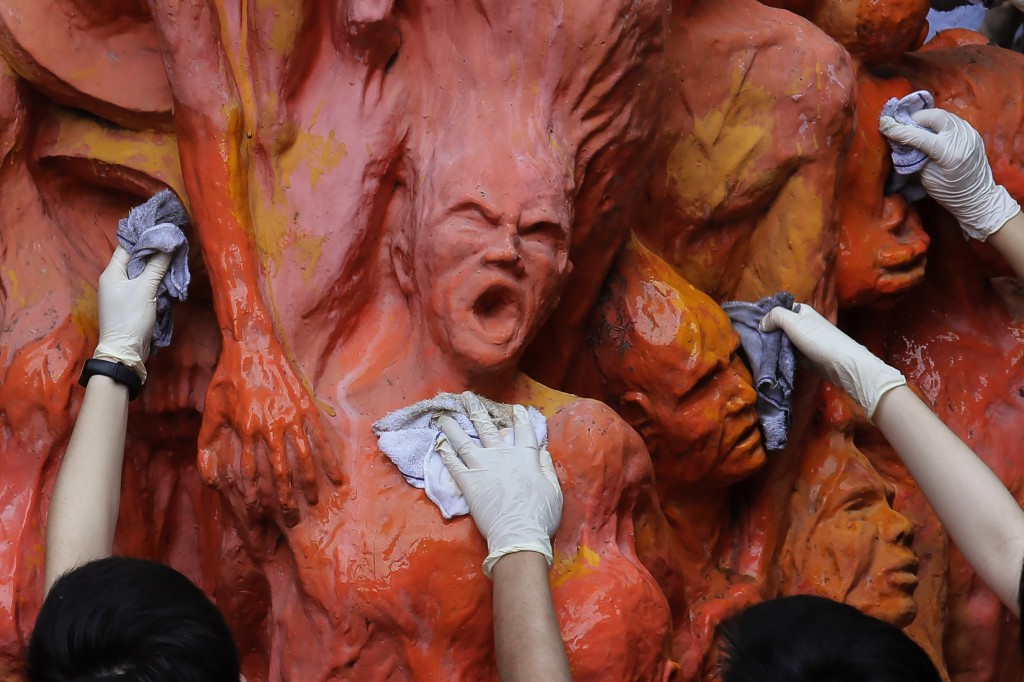 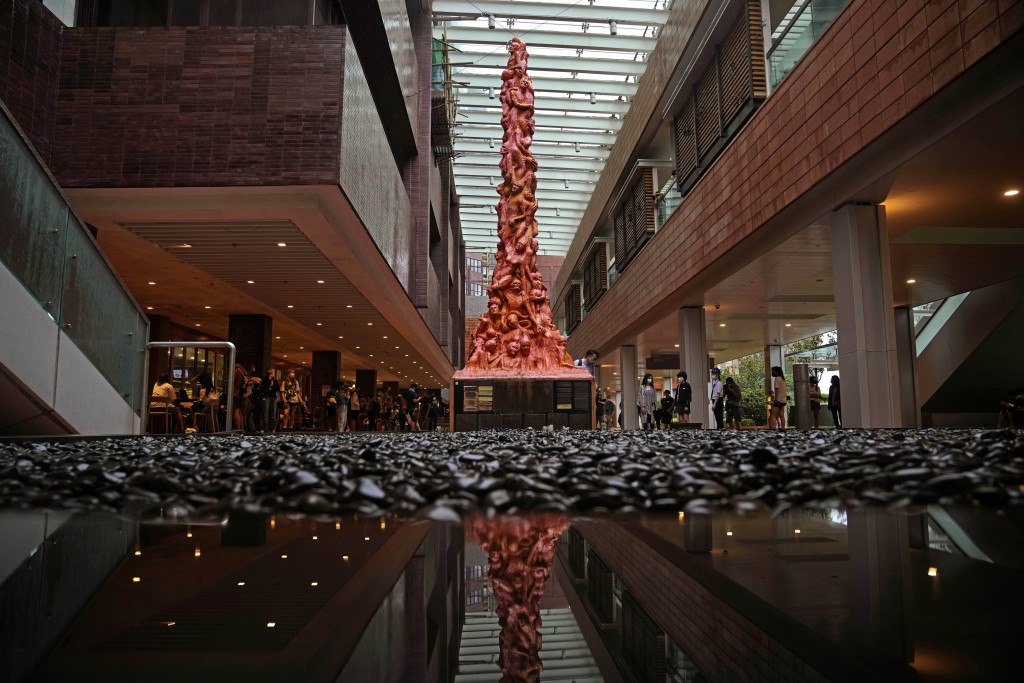 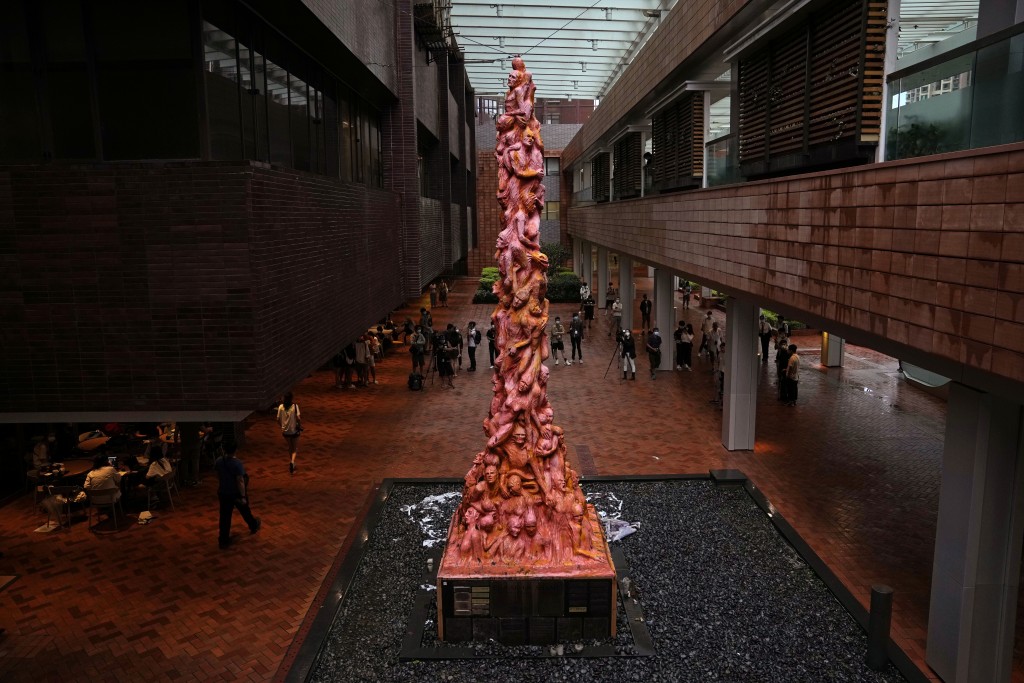 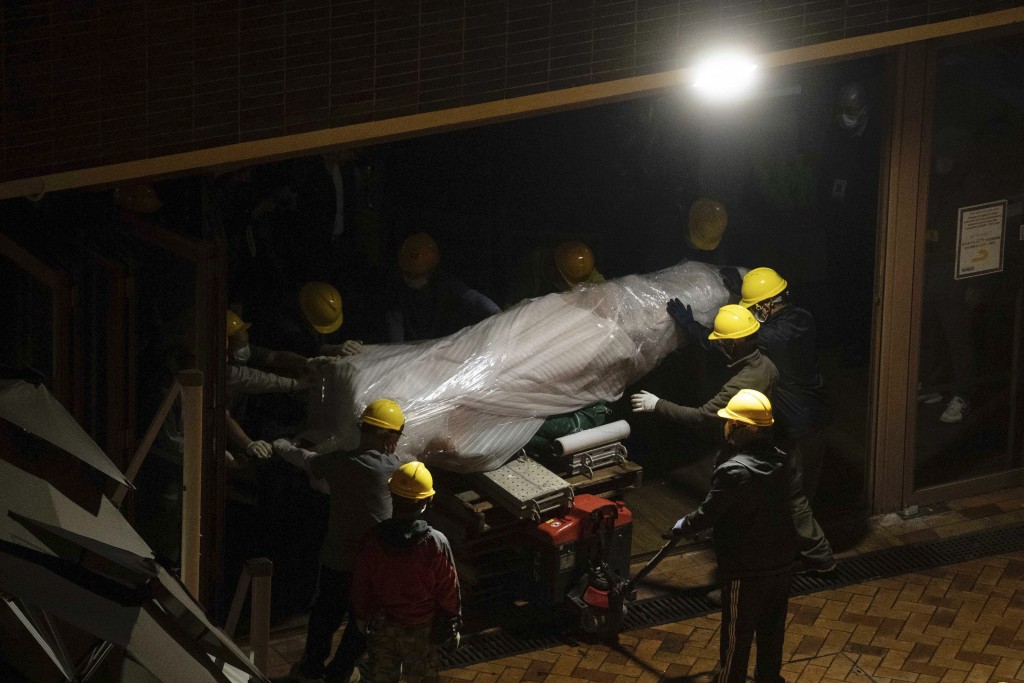 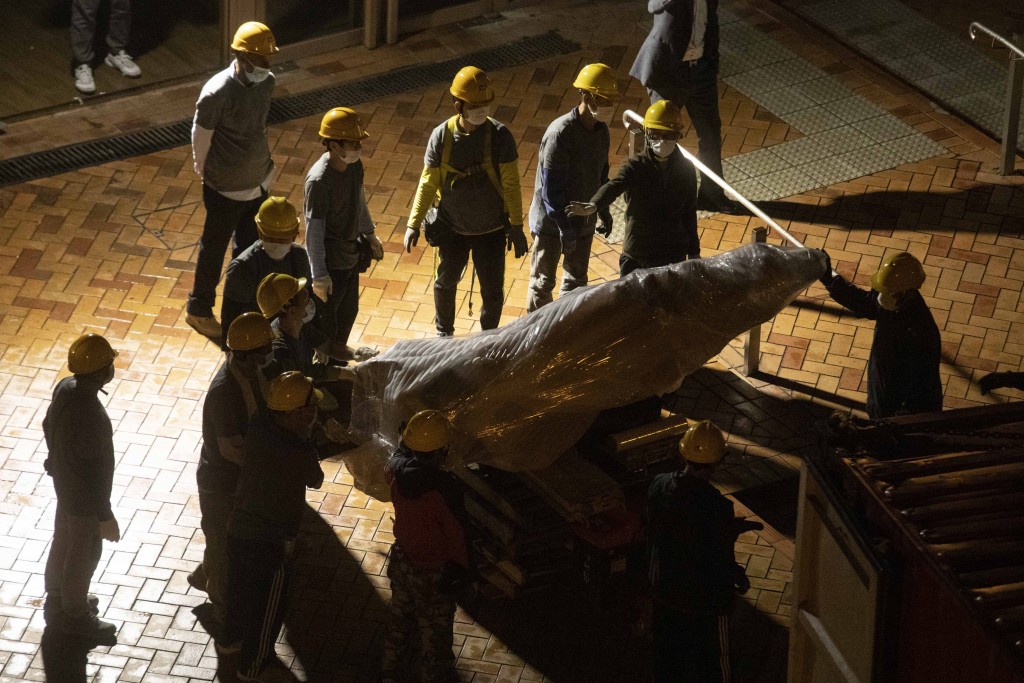 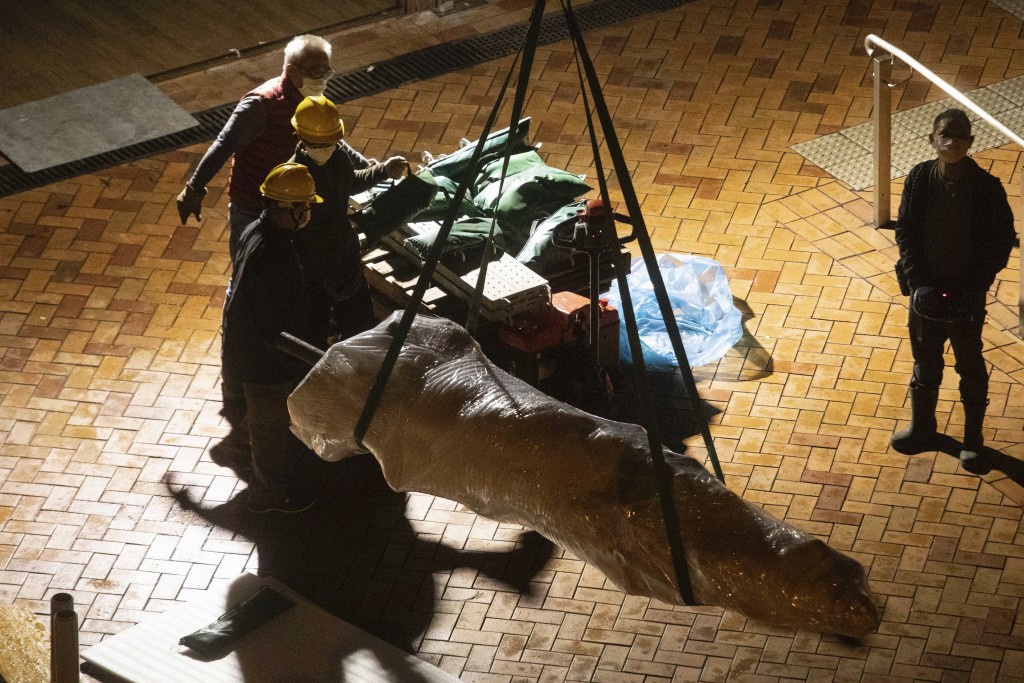 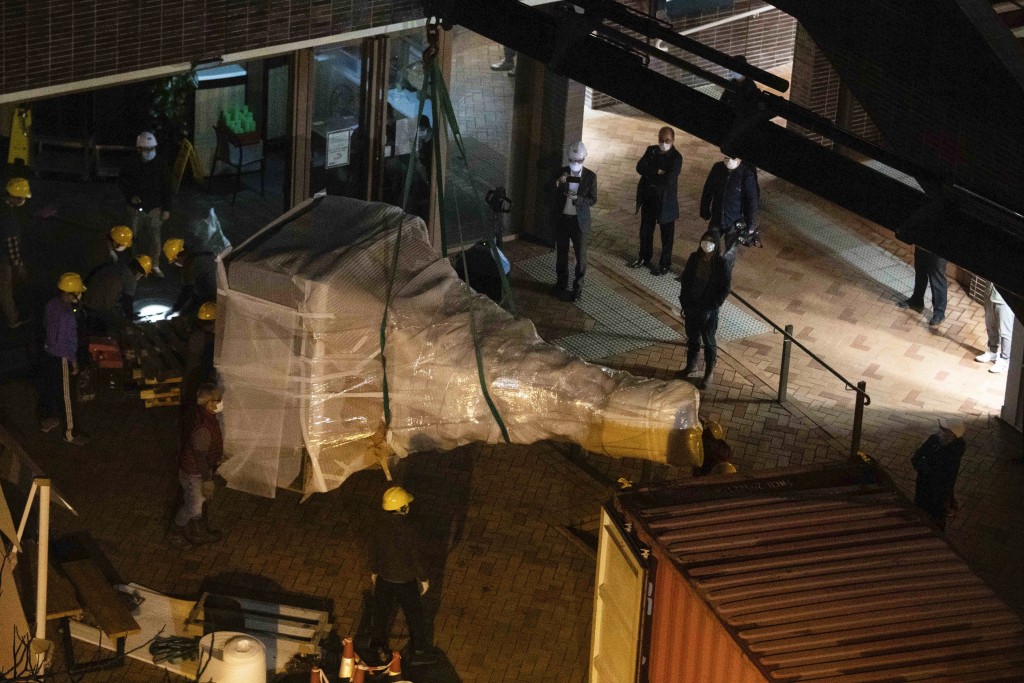 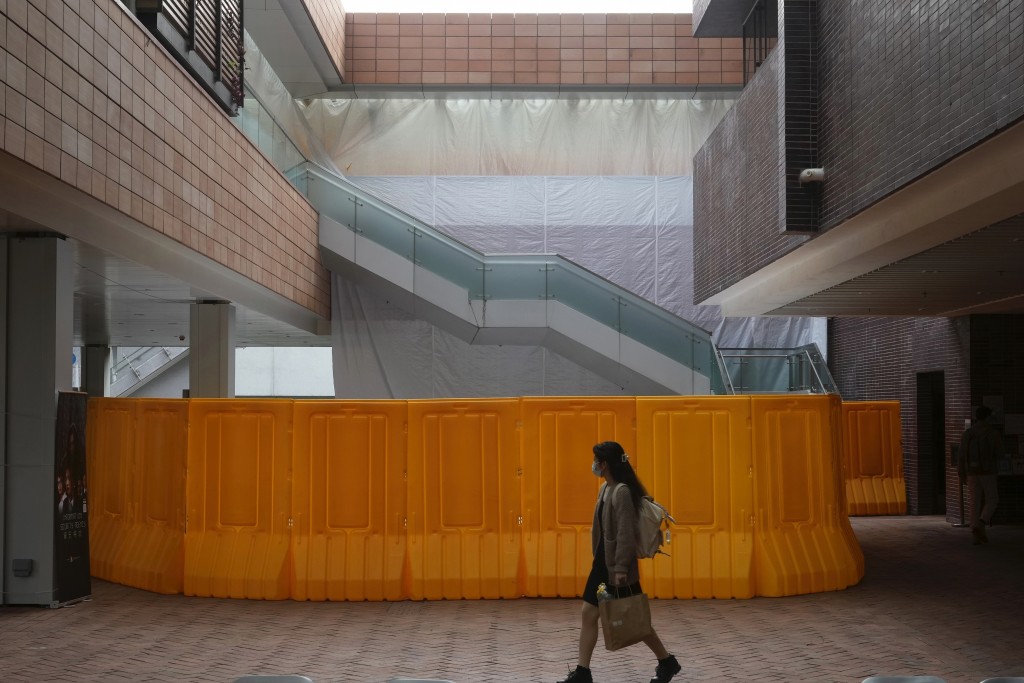 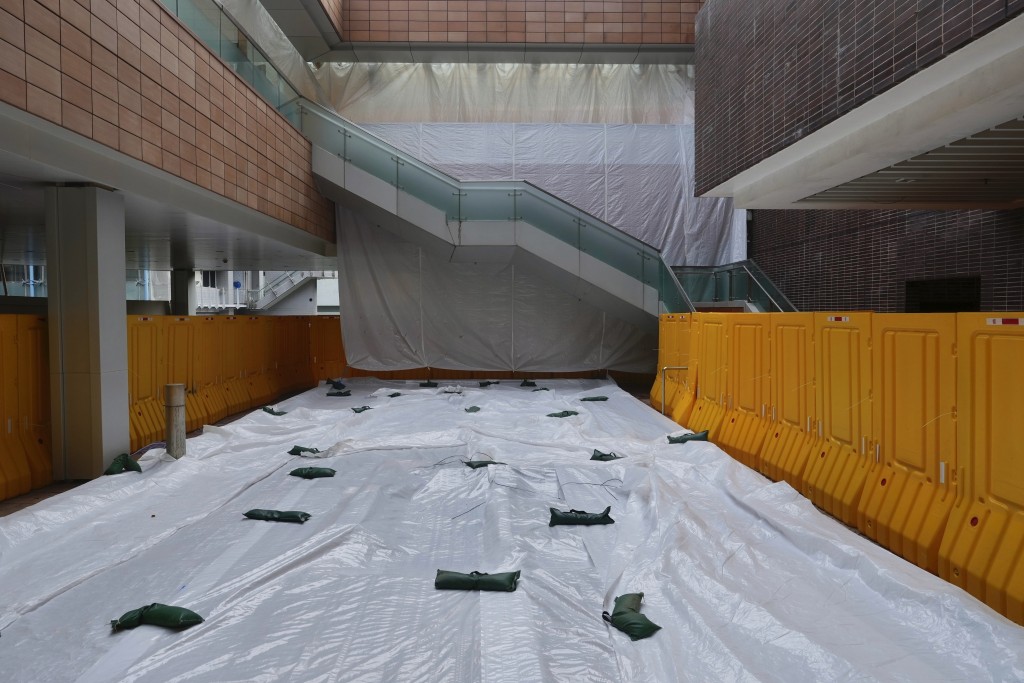 HONG KONG (AP) — It happened in the dead of night. Workers at the University of Hong Kong put up barriers that largely blocked their activity from view and, over the next several hours, took down the towering "Pillar of Shame" and carted it away early Thursday in a container truck.

The 8-meter (26-foot) -tall sculpture, which was taken away in parts, remembered the victims of China's 1989 crackdown on pro-democracy protests at Beijing's Tiananmen Square. Its removal is testament to the ruling Communist Party's efforts to erase the bloody events of that day from the public consciousness. It also comes as the party snuffs out democratic challenges in Hong Kong to its rule. Together they signal the different future that lies ahead for the city of 7.4 million people.

WHAT IS THE “PILLAR OF SHAME”?

There is more than one Pillar of Shame, It is a series of works by Danish sculptor Jens Galschioet, all the same height and typically made of bronze, copper and concrete. They have been erected in Hong Kong, Mexico and Brazil, and are designed to remind people of events to ensure they don't happen again. The one in Hong Kong, which marks the Tiananmen crackdown, depicts a mass of torn and twisted bodies in a tall pile. Galschioet has said the bodies symbolize the devaluation of the individual, and the sculpture expresses the pain and despair of what happened. It was erected in Hong Kong in 1997 during an annual candlelight vigil to commemorate the event. The text at the base of the sculpture reads, “The old cannot kill the young” in English and Chinese. Later, the Pillar of Shame was exhibited at several universities in the city before being placed at the University of Hong Kong on a long-term basis.

WHY WAS THE SCULPTURE IMPORTANT?

China's Communist Party has worked hard to scrub the June 4, 1989, Tiananmen crackdown from history on the mainland. Authorities don't allow any memorial and even whisk dissidents out of town so they can’t organize any commemoration around the anniversary. There is no mention of it in the media and the day passes like any other. Hong Kong, because it has greater freedoms than mainland China, together with Macao were the only places in the country that openly remembered those who died when the government sent in troops to end the protest. Until 2019, a massive outdoor candlelight vigil was held every year on the anniversary. Hong Kong authorities have banned the annual vigil for the last two years, citing COVID-19 risks. They have arrested the organizers of the vigil under a tough national security law enacted last year, driving the leaders to disband their group. They have seized materials from a temporary exhibit on Tiananmen that it had set up every year. Through it all, the Pillar of Shame remained standing on the Hong Kong University campus. Now it is gone too.

The Tiananmen massacre, in which hundreds and possibly thousands were killed, was a pivotal moment at which a divided Communist Party leadership decided to suppress the democracy movement rather than allow it to grow. In the ensuing years, the party experimented with allowing villagers to vote for their local representatives, but it has maintained its monopoly on power and only those who are loyal to it are allowed to hold office. Hong Kong was a British colony and not part of China in 1989. After its return to China in 1997, it was given partial democracy, with some of its legislature but not the city's leader chosen by popular vote. Demands for greater democracy sparked massive protests in 2014 and 2019. Demonstrators and police clashed violently in 2019, and Beijing responded by imposing the national security law in 2020, which has largely silenced political opposition, and revamping Hong Kong's election system this year to ensure that only “patriots” can run for office. The first election under the new system, held Sunday, returned an overwhelmingly pro-Beijing legislature. The party says it has restored stability. It also has ensured it remains in control.

Galschioet, the artist, wants the sculpture displayed somewhere else. He said he has offers to display it across from the Chinese Embassy in Washington, D.C., as well as in Norway, Canada and Taiwan. The University of Hong Kong has not said what it plans to do with the work, which it has put in storage, and said it would seek legal advice on next steps. Galschioet has said he will pursue legal action if necessary to get it back.