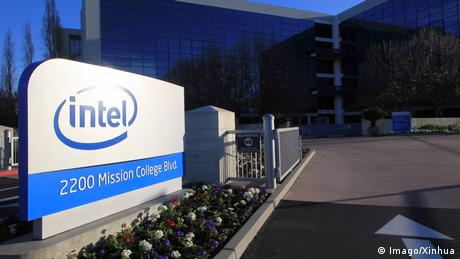 United States chipmaking giant Intel Corp. on Thursday issued an apology after it had asked suppliers in a letter to avoid the western Chinese Xinjiang region when sourcing goods.

The letter caused "concerns among our cherished Chinese partners, which we deeply regret," said a statement from Intel. It added that Xinjiang had been mentioned in the letter to comply with US regulations and not because the company held a particular view.

"We apologize for the trouble caused to our respected Chinese customers, partners and the public. Intel is committed to becoming a trusted technology partner and accelerating joint development with China," said Intel, which has 10,000 workers in China.

The letter reflected the fact that US companies could run afoul of US law on forced or convict labor if their supply chains in Xinjiang were found to be based on such labor or to be sourced from companies that were involved in such abuses.

What did the letter say?

The letter, sent in December, said that Intel had been "required to ensure that its supply chain does not use any labor or source goods or services from the Xinjiang region."

The letter said the request came amid restrictions imposed by "multiple governments."

Why is Xinjiang controversial?

Washington has stopped imports from Xinjiang over reports that the region's Muslim Uyghur people and other Muslim minorities have been subject to repression by Beijing, including mass detention and forced abortions.

A US State Department advisory issued in July warned that companies and individuals that continued to have business connections with Xianjing ran a risk of violating US laws on benefitting from forced labor.

The ruling Communist Party has been accused, among other things, of setting up large "reeducation camps" where Uygurs and other Muslims undergo brainwashing and further abuses.

China has denied the accusations and said its actions are aimed solely at establishing security in the region.

What have Chinese media and personalities said?

The Global Times, a paper published by the Communist Party, called the request made in the letter an "arrogant and vicious move." Other state media have called for a boycott of Intel products.

Pop singer Wang Junkai, also known as Karry Wang, announced on Wednesday he would withdraw from a deal to act as "brand ambassador" forIntel's Core line of processor chips. He said in a statement that "national interests exceed everything."

Wang is the latest among a number of Chinese celebrities who have dropped their connection with international brands that have expressed concern about the human rights situation in Xinjiang. Their actions seem triggered by a fear of retaliation by the ruling party.

Such brands include Swedish fashion retailer H&M and shoe brand Nike, which have both received considerable backlash in China. H&M recorded a marked drop in sales in the country in the second quarter.