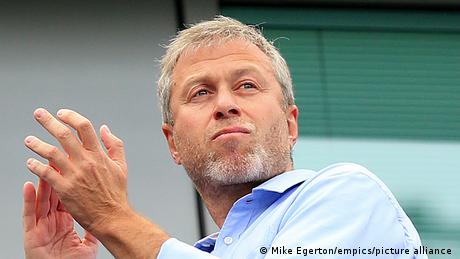 A former Financial Times correspondent who now works for Reuters, Belton detailed Putin's rise to power in her book. She suggested Abramovich had invested in English soccer at the Russian president’s behest, but the publisher has now promised to amend the passages as "there is no evidence, beyond the statements of the individuals themselves, supporting" these "claims."

What is in the settlement?

The settlement means that HarperCollins and Belton have agreed to change certain passages pertaining to Abramovich's reasons for purchasing the Chelsea football club. Abramovich's lawyers argued the book defamed their client when it claimed he purchased the Premier League club as a tool of Kremlin influence in the West.

Abramovich's spokesman said: "In contrast to events relayed in the book, Mr. Abramovich’s ambition with Chelsea Football Club has always been clear and transparent: to create world-class teams on the pitch and to ensure the club plays a positive role in all of its communities."

HarperCollins and Belton apologized for "aspects of the book [that)] were not as clear as they would have liked them to have been."

"I could not have wished for a better or braver publisher more committed to public interest journalism," Belton wrote on Twitter as the settlement was announced.

In lieu of damages, multibillionaire Abramovich requested a charity donation be made.