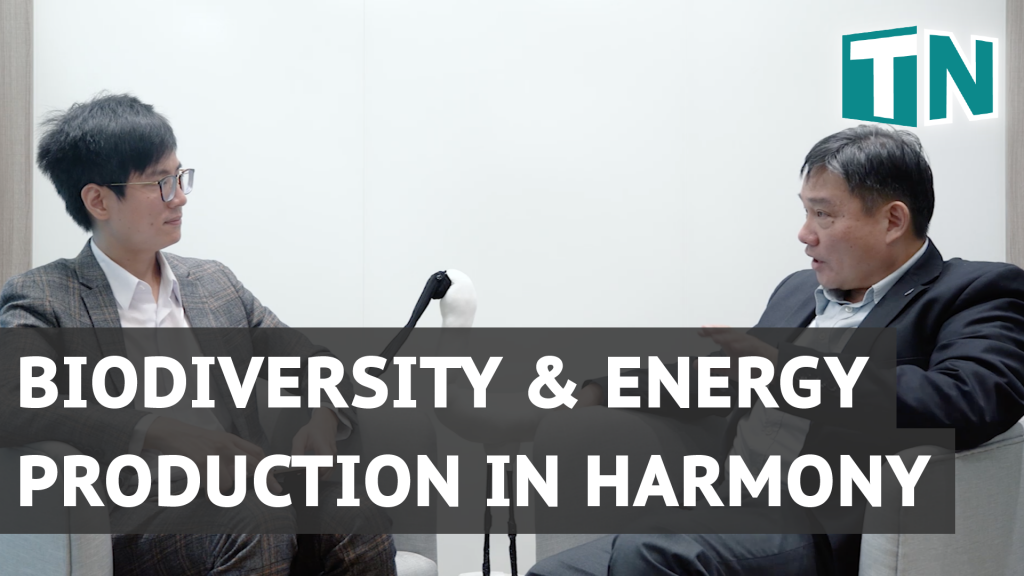 XS Koo, Head of Vena Energy Taiwan, talked about the project and the company’s role in Taiwan’s green transition. Koo says the company has a corporate mission to battle climate change.

“We have over 16GW of projects under construction,” Koo says. “Other than Taiwan, we are in Korea, Japan, the Philippines, Malaysia, Thailand, India, and Australia.”

He says energy projects are not only about lowering carbon emissions but also about maintaining the environmental ecosystem around the site as well as biodiversity. The Mingus project resembles — from a bird’s eye view — a native species of Taiwanese bird, the black-faced spoonbill.

Koo says the fact the native birds are coming back shows his company is doing something right. He jokes that you can not tell the birds what to do, so their choosing to fly back is an honest indicator of the project’s light eco-footprint.

“What any living creature fears is change,” he says. “What I am pleased about with Mingus is that we are able to get a team of experts who have a common mission to overcome the fear.”

This is done by asking questions such as "What went wrong? What can we do better? How can we mitigate these risks?" Koo says there are active feedback systems that enable the company to learn and grow as they go.

Vena Energy has around 70 employees. Koo refers to the company as a family, saying that everyone “rolls up their sleeves” and works seamlessly together.

Last year, Vena sold energy to Taiwan Manufacturing Semiconductor Company (TSMC), one of the first companies to do so. It was not easy, Koo admits, saying that because they were one of the first, gaps in the regulations led to some confusion.