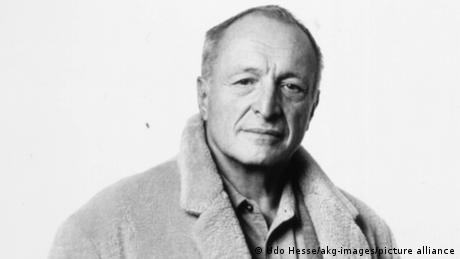 British architect Richard Rogers, celebrated for designing some of the world's most famous buildings including Paris' Centre Pompidou and London's Millennium Dome, has died aged 88, his spokesman announced on Sunday.

The spokesman said he had "passed away quietly" on Saturday evening, but did not give the cause of death.

Rogers is considered one of the pioneers of the "high-tech" architecture movement, noted for structures incorporating industrial materials such as glass and steel.

"Through Richard, as a young graduate, I learnt that architecture was about much more than the design of buildings, its social and political impacts were equally important,'' said Ivan Harbour, a senior partner at Rogers Stirk Harbour + Partners, the architectural firm Rogers founded.

"He was not an archetypical architect, but he was a unique and wonderful human being," he added.

Born in 1933 to an Anglo-Italian family in Florence, Italy, Rogers moved to England before World War II.

The modern architect rose to prominence for his radical designs. He completed some 400 commissions and won a series of awards for his works, including the 2007 Pritzker Prize.

He is the co-creator of France's Centre Pompidou, a futuristic block of scaffolding-like metal pipes and glass walls, which he designed with Italian architect Renzo Piano.

His other well-known designs include Strasbourg's European Court of Human Rights, the 3 World Trade Center in New York and the Lloyd's of London building.

He was also responsible for international airport terminals in Madrid and London's Heathrow. In addition, he helped design Potsdamer Platz offices in Berlin.

As a child, Rogers was diagnosed with dyslexia. He later trained at the Architectural Association School of Architecture in London before earning a master's degree from Yale University in the US state of Connecticut.

Rogers had once credited his parents, a doctor and an artist, as well as his cousin, post-war Italian architect Ernesto Rogers, with inspiring his interest in architecture.

"They instilled me with a clear understanding of how, if we build well, we can create a socially inclusive environment,'' he told the Yale Center for Dyslexia & Creativity. "This has helped to drive my work.''