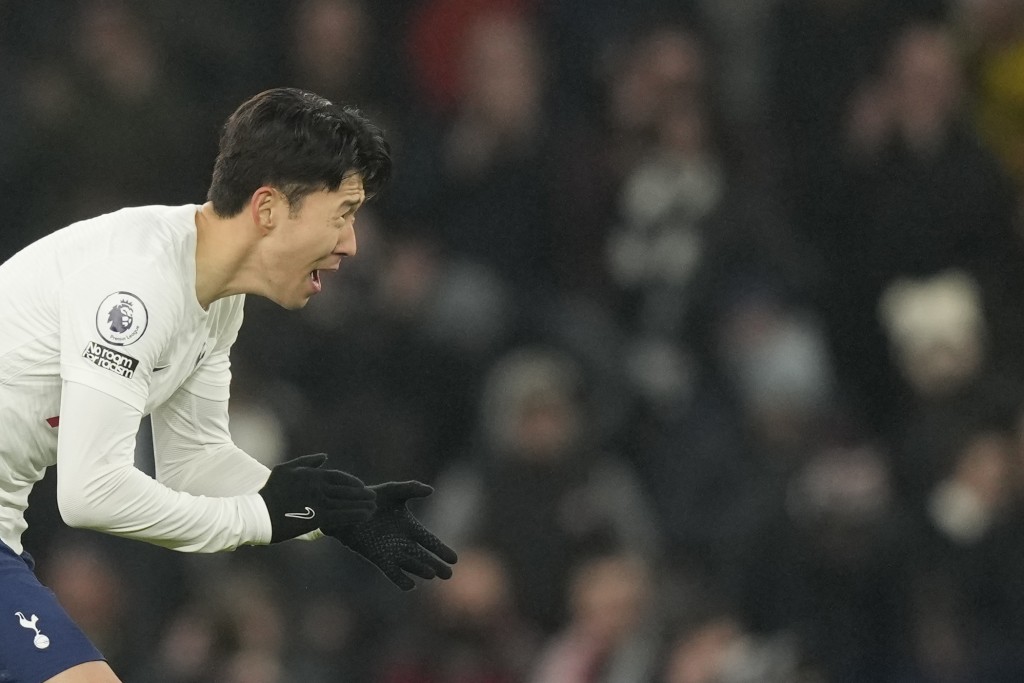 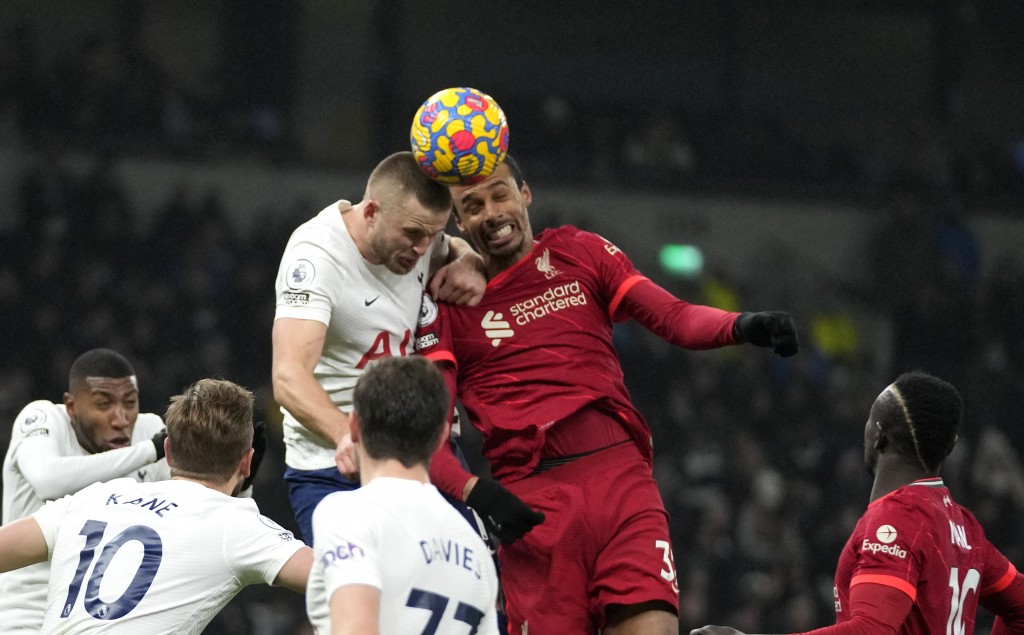 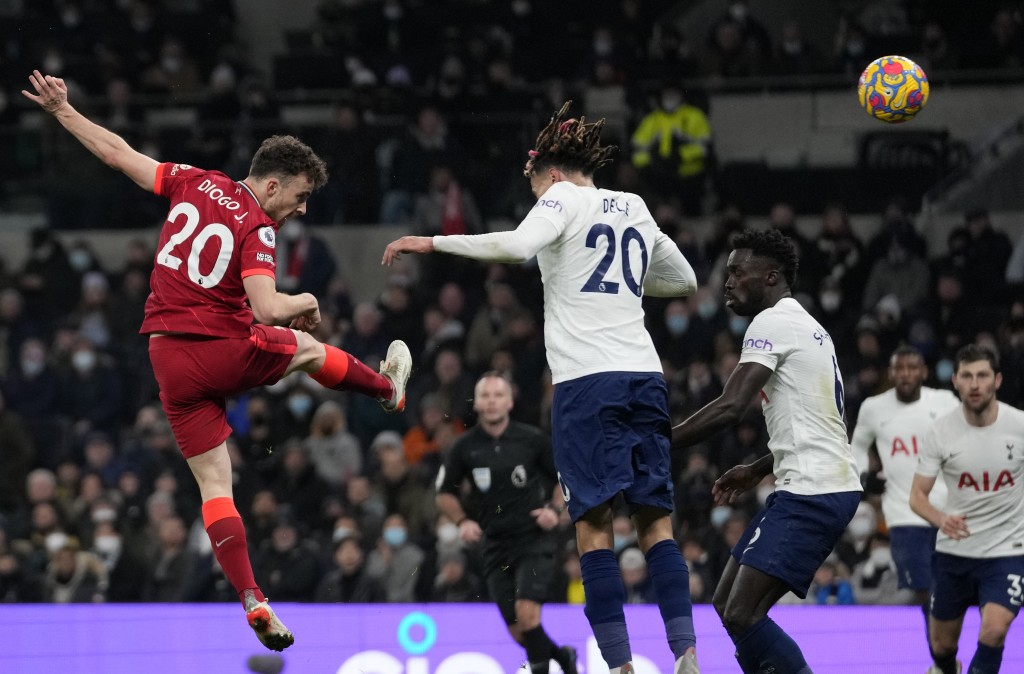 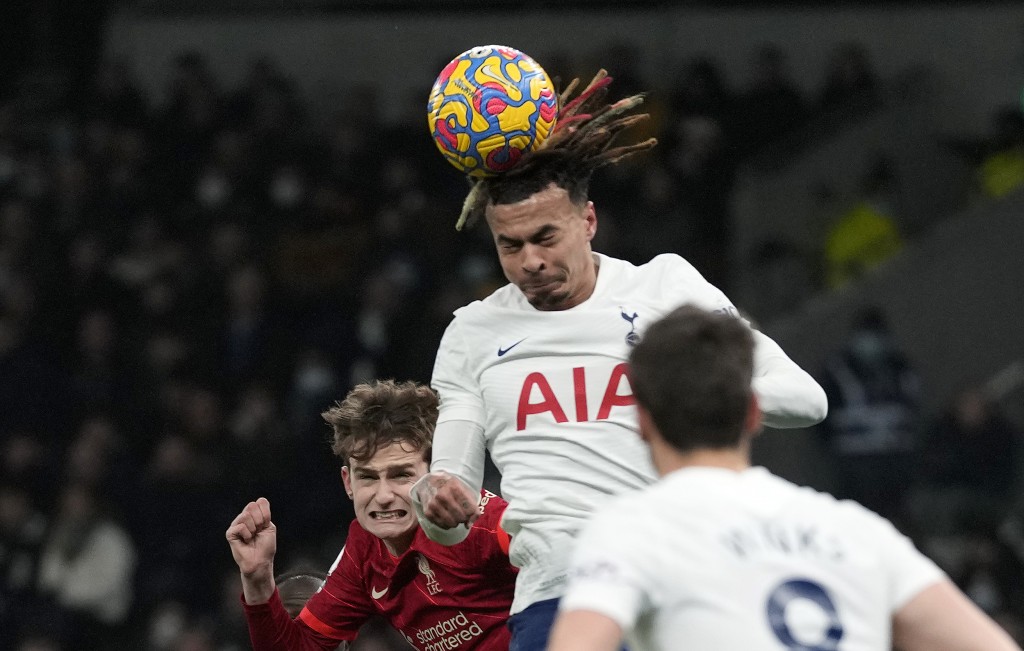 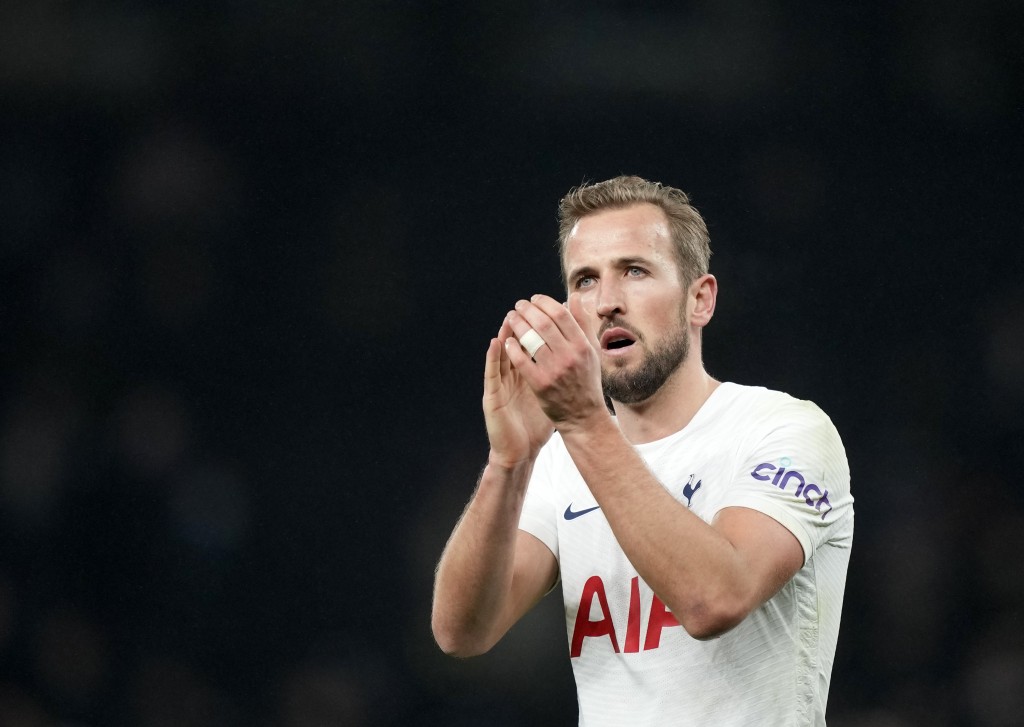 LONDON (AP) — Harry Kane scored only his second goal of the Premier League season for Tottenham in an engrossingly wild 2-2 draw with Liverpool on Sunday.

Tanguy Ndombele slipped Kane in after Harry Winks had won the ball back. Kane — last season's top scorer in the league — sent the ball into the far corner in the 13th minute.

Diogo Jota headed Liverpool level in the 35th and Andrew Robertson nodded the visitors in front from close range in the 69th. Spurs players were furious as they thought Dele Alli was fouled in Liverpool’s penalty area in the buildup but the appeals were dismissed.

Spurs needed just five minutes to equalize as Alisson Becker made a mess of clearing Harry Winks’ ball through, allowing Son Heung-min to slot into an empty net.

Moments later Liverpool was reduced to 10 men as Robertson got sent off for a wild kick on Emerson Royal.

Liverpool held on but the dropped points are costly, slipping to three points behind leader Manchester City, which beat Newcastle 4-0. Tottenham is six points behind fourth-place Arsenal but with three games in hand due to coronavirus and snow postponements.