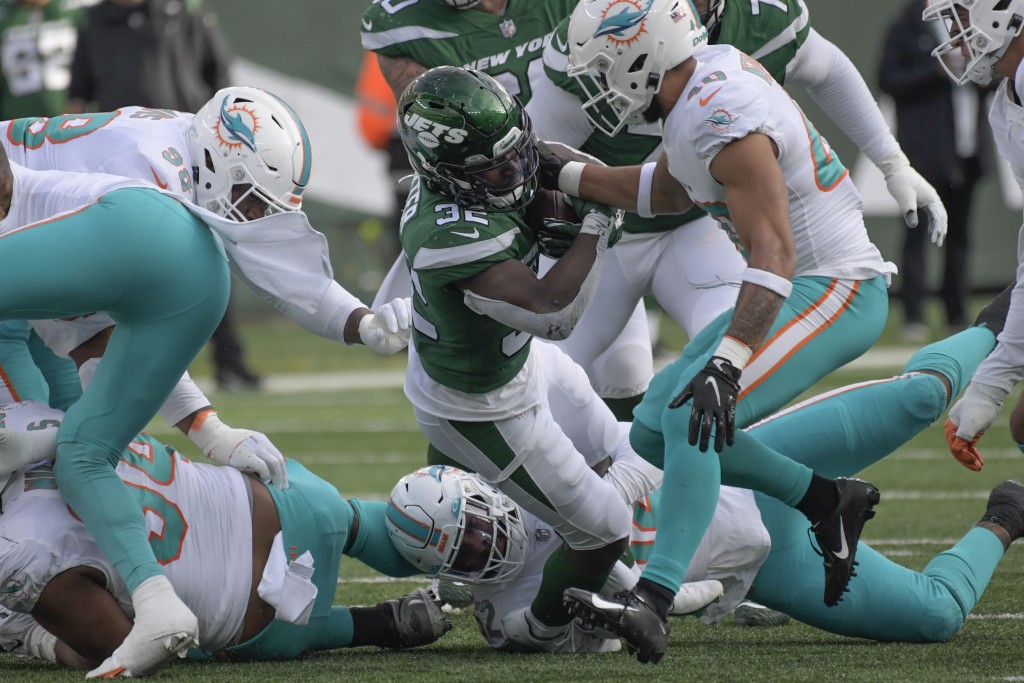 FLORHAM PARK, N.J. (AP) — The banged-up New York Jets got their leading rusher and a key tight end back for their game Sunday against the Miami Dolphins.

The Jets also placed defensive lineman Folorunso Fatukasi on the COVID-19 list. Linebacker Noah Dawkins, who’s on the practice squad, was also put on the list.

The return of Carter is great news for rookie quarterback Zach Wilson and New York's offense. Carter, a fourth-round draft pick in April, missed three games with a high ankle sprain. He leads the Jets with 430 yards and four touchdowns on 111 carries.

Running back Tevin Coleman also is expected to play Sunday at Miami after missing last week's game against New Orleans with a concussion.

Kroft, who has 10 catches for 104 yards and a TD, sat out five games with a chest injury.

Edoga also missed five games with an injured knee. His return comes at a good time, with starting left tackle George Fant doubtful to play because of a knee injury. Conor McDermott is expected to start in his place, but Edoga also has experience at left tackle.

Huff, who has two sacks this season, should help the pass rush after sitting out seven games with a back injury.