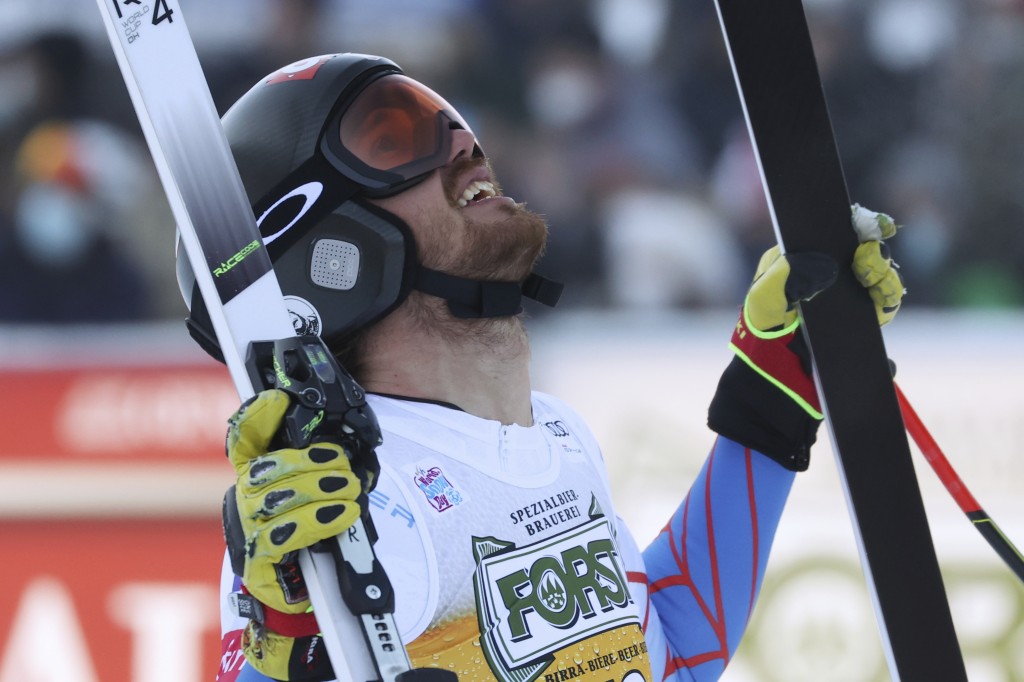 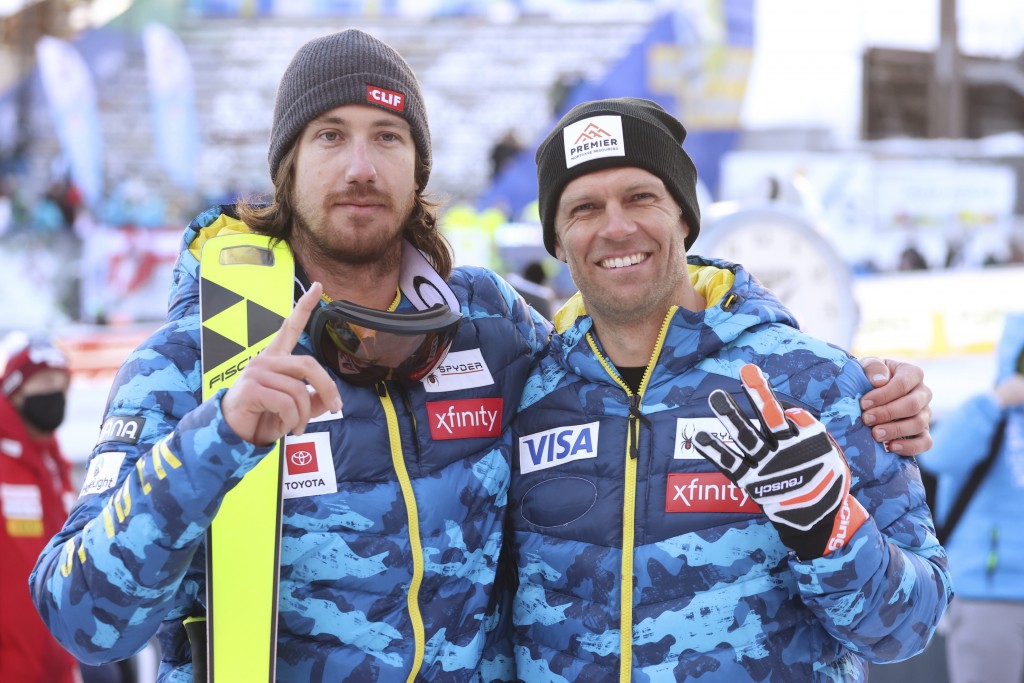 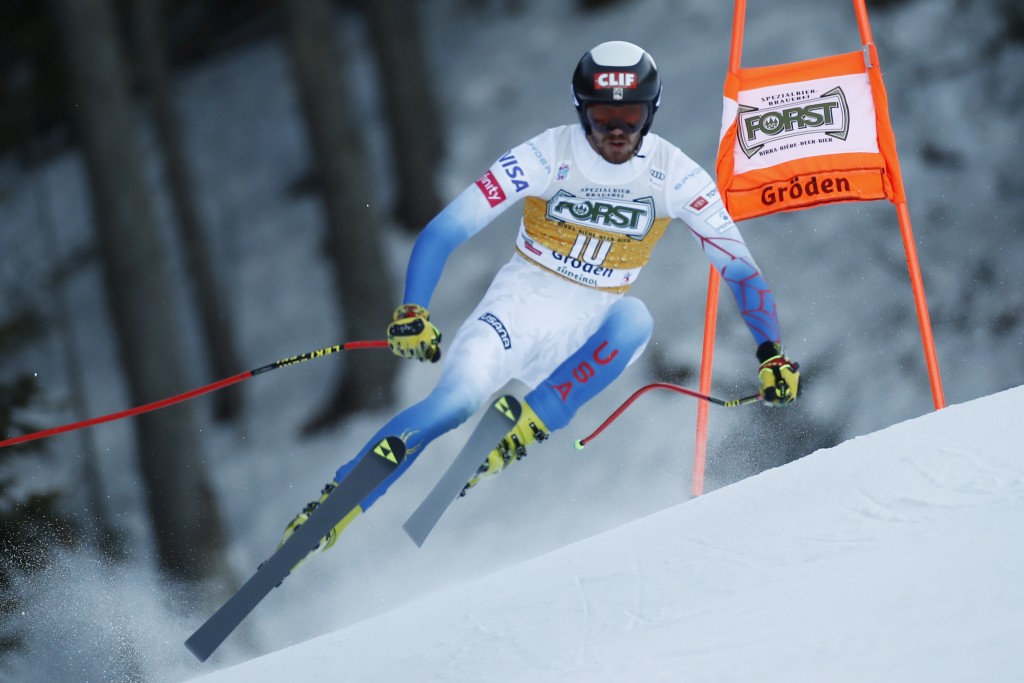 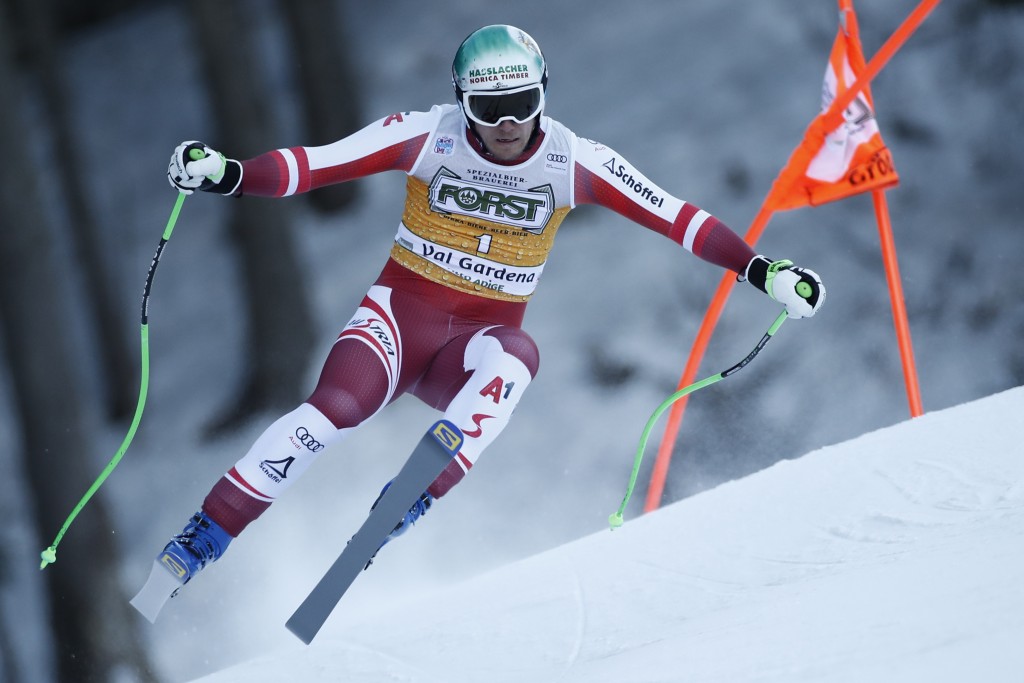 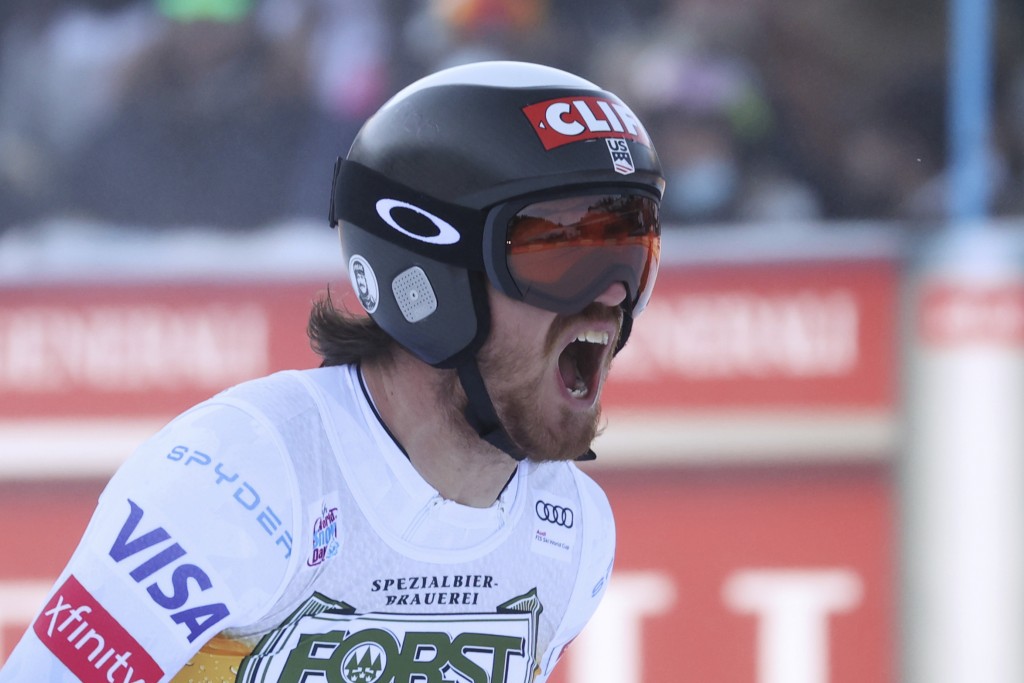 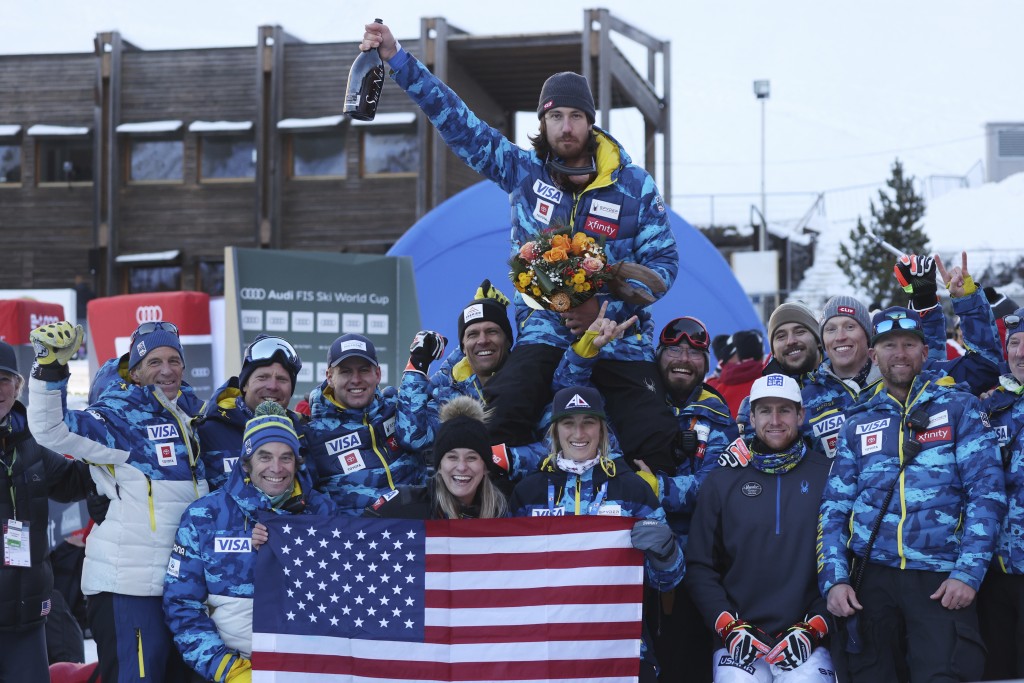 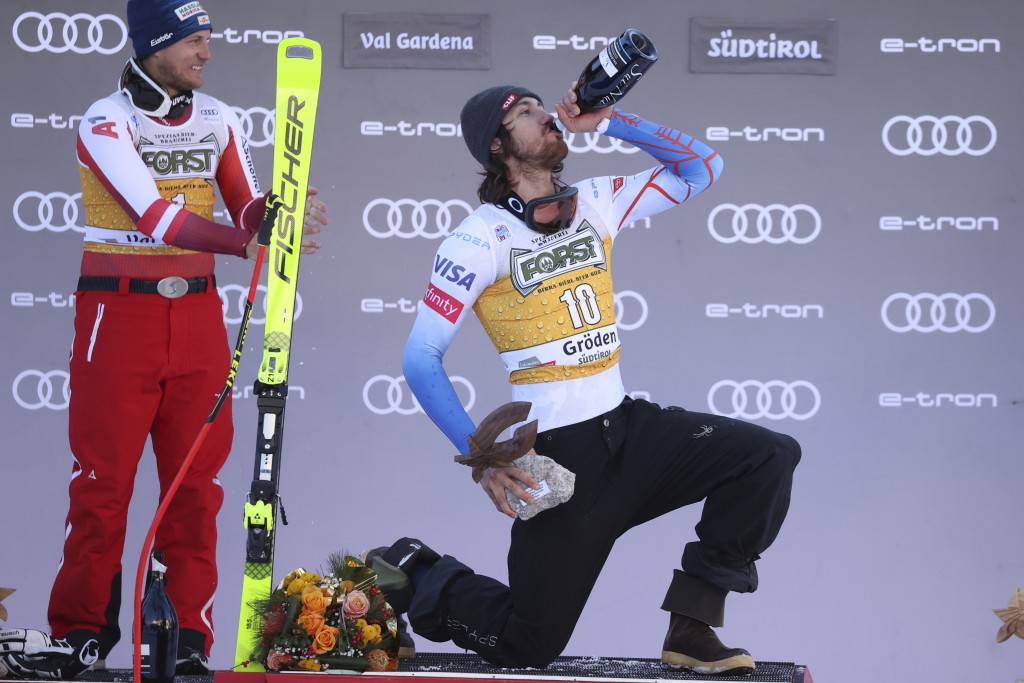 SELVA DI VAL GARDENA, Italy (AP) — The big jumps and the varied terrain on the Saslong course remind the American racers of home. Then there's Babs, the innkeeper at the hotel where the U.S. ski team has been staying for decades in Val Gardena, who treats the athletes like her own children.

It's been the perfect recipe for success over the years and Bryce Bennett added another win for the team at the Dolomites resort Saturday in the first classic downhill of the World Cup season.

“It’s a magical place for us and I’m really stoked on Bryce to keep the tradition going,” Nyman said.

For his first career victory, Bennett finished 0.14 seconds ahead of Otmar Striedinger of Austria and 0.32 ahead of Niels Hintermann of Switzerland amid perfect conditions.

“The feeling was fast," Bennett said. “I was flying off the jumps.”

Bennett had never finished better than fourth (twice in Val Gardena and once in Bormio) and now can go to the Beijing Olympics with newfound confidence.

“It just happened — finally. It’s been a long time,” Bennett said. “It was out of left field a little bit. ... There were no expectations of this.”

The entire U.S. team has been stepping it up lately, with Travis Ganong posting a podium finish in Beaver Creek, Colorado, and Ryan Cochran-Siegle regaining his speed after breaking his neck last season — plus Nyman making yet another comeback from injury at age 39.

“We have a good team going. We can do it. Just sometimes we doubt ourselves," Bennett said. "This sport is hard. It’s mostly disappointments a lot of the time, so it’s overcoming those and keep chipping away and then you have a day like that.”

Nyman recounted how he first learned the secrets of the Saslong from Daron Rahlves and Miller.

“It just bleeds year in and year out," Nyman said. "We keep building off each other. The cool thing is guys keep coming in and learning from the older guys and keep stepping it up.”

For Friday night’s pre-race meal, Babs made spätzle, a local pasta specialty, followed by chicken, potatoes and cauliflower. For dessert there were lava cakes and tiramisu.

It's been a special time for Bennett, who was recently engaged and plans to get married next summer.

As he sat in the leader’s chair, Bennett called his parents back home in Lake Tahoe, California, and soon-to-be bride, who was in Missouri.

His fiancée was sleeping.

It was also a banner day for the U.S. women, as Breezy Johnson finished second behind Olympic champion Sofia Goggia in a downhill in Val d'Isere, France.

While he was only the 10th starter — with nearly all of the pre-race favorites still to ski — Bennett produced such a solid run that he seemed to know immediately it was special. He celebrated wildly in the finish area, pumping his fists and poles repeatedly and shouting.

“Bryce, you are a ski star,” the race announcer shouted to the mask-wearing crowd.

Bennett and Nyman share the same ski technician, Leo Mussi — who is from the Dolomites. Mussi also worked for Italian racer Kristian Ghedina, who shares the record of four downhill wins in Val Gardena with Austrian great Franz Klammer.

“I knew the skis would be fast,” Bennett said. “When I ski poorly now I just feel so bad for Leo, because he works so hard. He’s my second dad. Steve, Leo, myself, we have a good relationship."

Bennett had barely sat down when the next starter, Aleksander Aamodt Kilde — the Norwegian who had posted three straight wins in Val Gardena — was faster than the American through each of the first four checkpoints.

Kilde was nearly an entire second ahead of Bennett entering the terrain-filled Ciaslat section but he was carrying so much speed that he lost control and went way off line. Kilde narrowly avoided crashing but failed to recover in time to clear the next gate.

Local favorite Dominik Paris of Italy finished fourth and Swiss standout Beat Feuz was fifth. Paris and Feuz were also faster than Bennett through most of the course but couldn’t match the Tahoe City, California, skier through the Ciaslat.

Bennett was a BMX racer as a kid and his biking background and long legs help him to absorb the terrain in the Ciaslat, which is filled with little rolls and bumps.

“My entire life was about who could hit the biggest cliff, jump off the stupidest stuff. So that part is natural to me — the big jumps and the air," Bennett said.

"But where I get the feeling is from BMX racing. ... It’s just that feeling of being able to work the terrain and use it. It gets me speed where people don’t think you can get speed.”