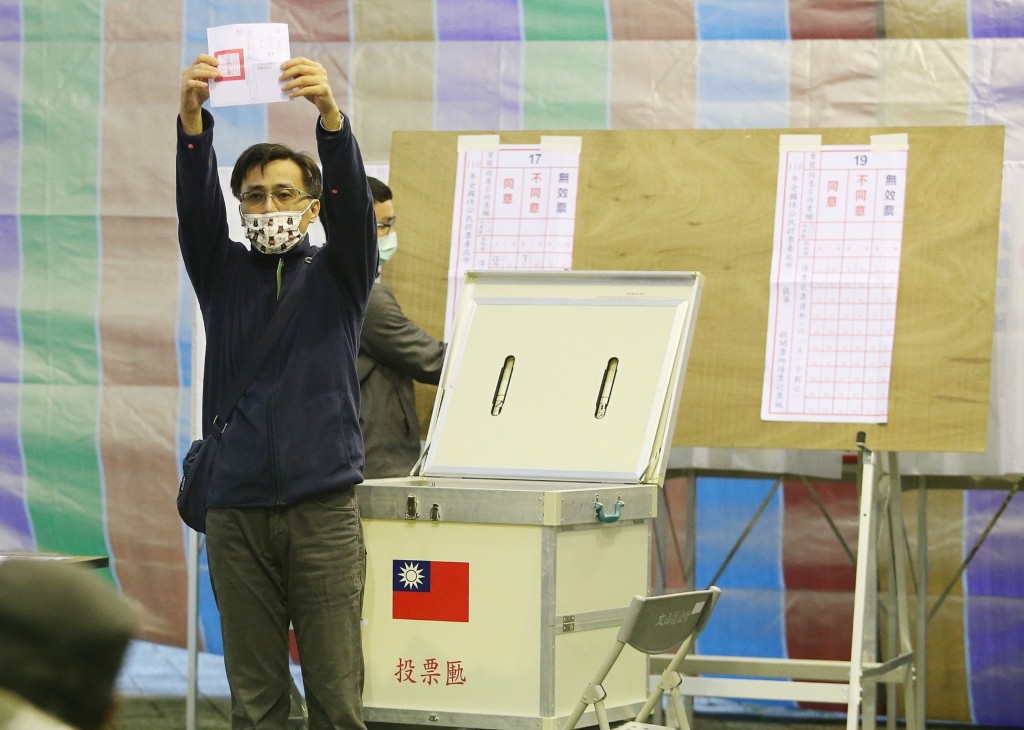 Voting took place from 8 a.m. to 4 p.m., with 19.82 million citizens eligible to vote. However, reports suggested that turnout was relatively low, with few of the long lines associated with previous referendums and elections. A spot of cool weather in the north reportedly also played a part.

At 5 p.m., the question about restarting the controversial fourth nuclear plant saw 167,000 votes in favor and 201,000 votes against. The three other questions received around 170,000 positive responses to 190,000 negative ones, according to CNA. Only about 8% of the votes had been counted. If the trend continues, it would be a victory for the government of President Tsai Ing-wen (蔡英文), who campaigned for no votes.

Each referendum initiative needs a minimum of 4.95 million votes in favor to pass, with endorsements outnumbering rejections.

The referendum propositions include restarting the nuclear plant, stopping a liquefied natural gas terminal project near algal reefs in Taoyuan, banning the import of pork containing ractopamine residue, and holding referendums on the same day as elections.

The main opposition party, the Kuomintang (KMT), had called on the public to vote “yes” on each question, while Tsai’s Democratic Progressive Party (DPP) urged an across-the-board “no.” Smaller political parties called for a more nuanced approach.