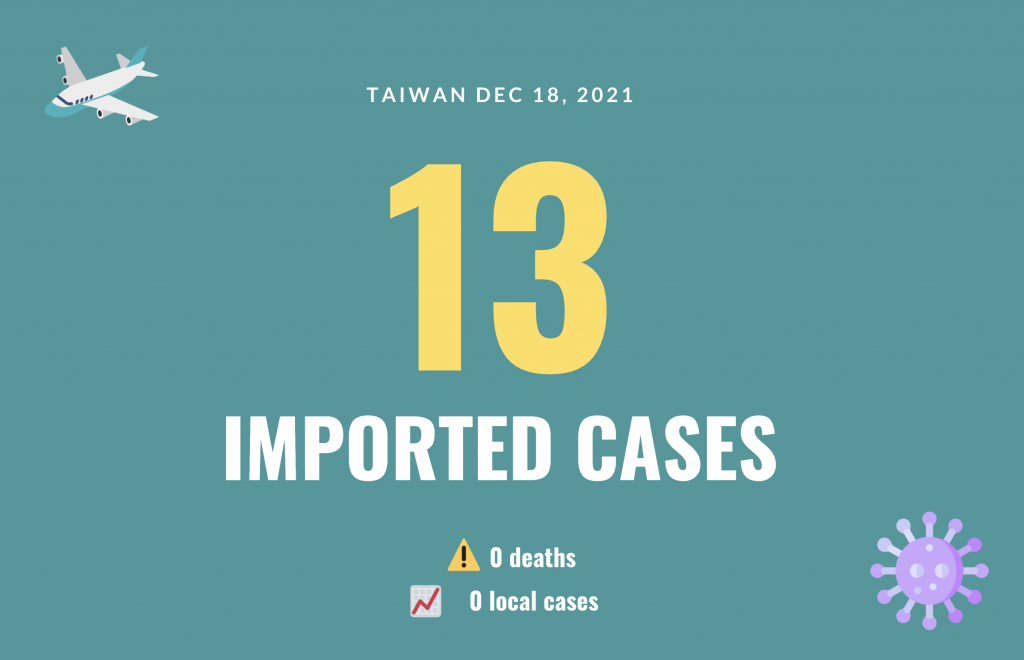 The new figures followed the discovery of two Delta variant clusters at quarantine hotels in Taoyuan City and Taipei City. These involved seven people who were changed from imported to local cases on Friday (Dec. 17).

Saturday’s imported cases were six men and seven women aged between 10 and 69. Four had arrived from Vietnam, three from the United Kingdom, two from the United States, and one each from the Philippines, Cambodia, Singapore and Spain. They had entered the country between Dec. 3 and Dec. 17.

A total of 12 were breakthrough cases, while the 13th was still being investigated, the CECC said. A Taiwanese teenage girl returning from the United Kingdom was the only one on the list who had received three vaccine doses, one AstraZeneca, and two BioNTech shots, according to the CECC.

Taiwan’s latest total number of 16,799 coronavirus cases included 14,599 domestic cases and 2,146 imported ones. Of the 849 fatalities, 837 were the result of local infections, with New Taipei City registering 412 deaths and Taipei City 322.

A total of 36 COVID cases originated from a journey by the Taiwan Navy’s "Goodwill Fleet" in 2020, two were infected on board a flight, one case was classified as unresolved, and 14 cases were put under investigation. A total of 111 earlier cases were removed from the list of confirmed cases.