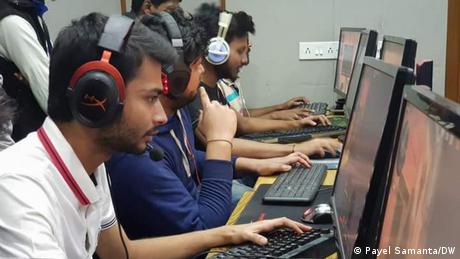 Agrawal had begun his career at the company as an engineer just 10 years ago and made his way up the career ladder.

He is the latest in a long line of India-born tech CEOs, the likes of which include Microsoft's Satya Nadella, Alphabet's Sundar Pichai, and IBM's Arvind Krishna.

Besides tech, people of Indian heritage in other fields have also made waves this month, including Gita Gopinath's appointment as the IMF's First Deputy Managing Director and New Zealand Cricket's Ajaz Patel claiming all 10 Indian wickets in the second Test.

India's praise for its champions abroad has also sparked debates over the country's so-called brain drain, both online and within the government.

A report by the Global Wealth Migration Review found that nearly 5,000 Indian millionaires — 2% of all high-net-worth individuals — moved abroad in 2020 alone.

According to the UN World Migration Report 2020, India also had the highest number of migrants living abroad with over 17.5 million.

The Indian government reassured parliament earlier this month that it had a "three-pronged strategy" to retain the best of India's talent, after announcing that more than 600,000 people have given up their Indian citizenship in the last five years.

"The government is committed to not only retaining the students passing out of the premier educational institutions in the country but also attracting the non-resident Indians back to the country," junior education minister Subhas Sarkar told parliament.

Why are Indians moving abroad?

Sarthi Acharya, an economist and a professor at the New Delhi-based Institute for Human Development, says India is facing a skill deficit while the "best-trained minds don't stay in the country, they go abroad."

"There are multiple reasons, of course, and this is just one of them," Acharya told DW.

Sanjeev Joshipura, the executive director of the US-based Indiaspora, a network of global Indian origin leaders, agrees that there are many reasons that drive Indians abroad.

"They may say the education abroad is better or the earning power of a currency like the US dollar is more attractive, or that the bureaucratic systems are smoother," he told DW, adding that the issue is "more nuanced than the talking points suggest."

"One dimension of this is that there are people who are educated abroad, but come back to India to either work or found companies — many of which are quite successful," he said. "On the other hand, the more and more successful companies are moving abroad to expand.

"Moreover, Indians who move abroad are able to collaborate with India in a much more productive manner at the highest levels than they could have if they had been in India," he added.

How does India benefit from emigration?

Amee Misra, a senior economist at the UN Development Program in New Delhi, says there are benefits of Indians moving abroad, highlighting the role of remittances — financial or in-kind transfers — in the Indian economy.

Since 2010, India has topped the list of remittance-recipient countries, receiving $87 billion (€77 billion) in 2021, typically from high-income countries.

"Given the size of India’s population, all numbers can seem very large," she told DW. "So looking at absolute numbers is misleading. When looked at as a proportion of its population, India has one of the lowest emigration rates in the world."