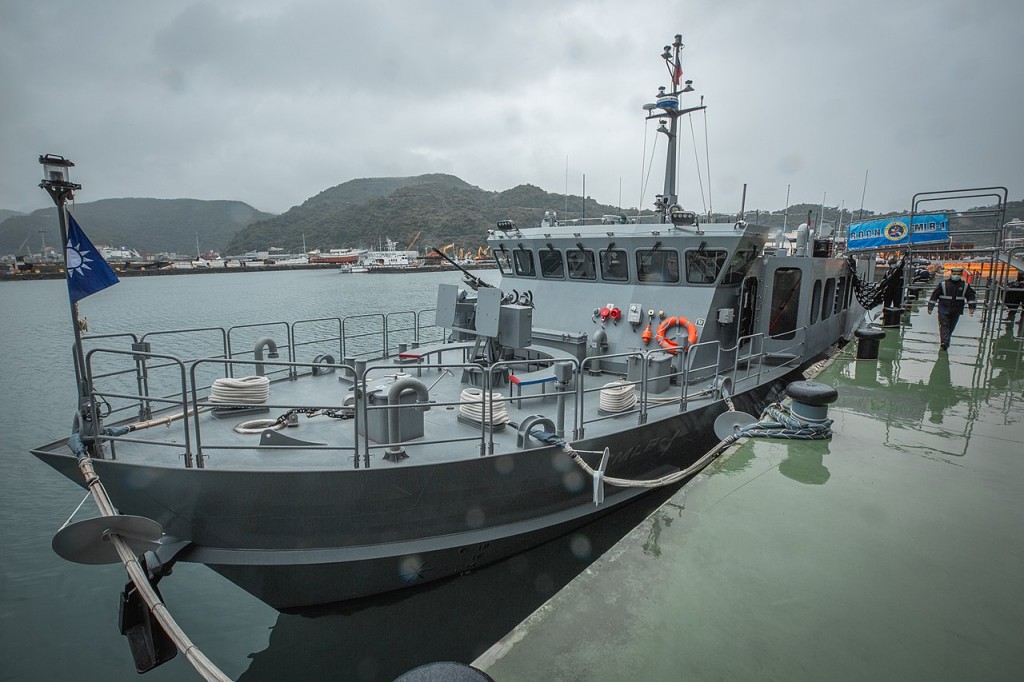 During the handover ceremony, Navy Commander Liu Chi-pin (劉志斌) presented the ships’ captains with their ensigns, which were later hoisted up during the flag-raising part of the event, Liberty Times reported. In a speech, Liu said construction of the vessels was only possible with the cooperation of the National Chung Shan Institute of Science and Technology (NCSIST), Lung Teh Shipbuilding Co., and other partners over the past five years.

Liu pointed out that due to Taiwan’s situation, it must build an asymmetrical fighting force. Rapid mine-laying boats can complete operations in enemy waters, berths, or ports, and can sabotage enemy beach landing operations, according to Liberty Times.

He urged the ships’ officers and sailors to be fully prepared to ensure national security.

The vessels are equipped with an automated system developed by NCSIST, which can deploy mines in critical waterways and vast stretches of water during wartime, per Liberty Times. The ships are also outfitted with weapons and equipment for anti-surface warfare and have hi-tech navigation capabilities that facilitate effective mine-laying operations.