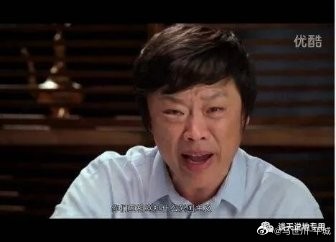 (TAIPEI) Taiwan News — The editor-in-chief of Chinese state media outlet Global Times, Hu Xijin (胡錫進), announced around lunchtime on Thursday (Dec. 16) he was stepping down from his post.

Rumors have spread for some time that Hu may retire prematurely as head of the nationalistic English-language mouthpiece. It is believed Chinese Communist Party (CCP) leaders were unhappy with Hu’s “highly visible international remarks,” according to a China Media Project report.

The remarks likely refer to Hu’s bellicose rhetoric toward Taiwan, according to longtime China analyst Bill Bishop. Citing his “own good sources” in the latest edition of his newsletter Sinocism, Bishop says Hu had been “given an extension of three years earlier this year, but then something happened and he was pushed into retirement.”

Bishop went on to speculate that Hu’s “extreme warmongering over Taiwan” did not sit well with Beijing’s top brass. Chinese leader Xi Jinping (習近平) likely did not want to have the narrative on such an important issue steered by “loose public opinion cannons.”

Hu has unleashed many verbal salvos over his 15 years as head of the outlet, though his bombastic tone reached new heights in 2021. Some of his most memorable threats from this year have been covered by Taiwan News and include:

Ironically, Hu’s departure comes at a time when he was becoming more internationally recognized. The Guardian recently did an in-depth profile on the propagandist, calling him “China’s troll king.”

The Guardian also pondered Hu’s future: “He helped establish a chest-thumping new tone for China on the world stage — but can he keep up with the forces he has unleashed?” His early retirement seems to have answered their question.

It is not likely to be the end of the road for “old Hu” (“老胡”) as he is known on Weibo. Bishop says we can expect him to keep popping up as he is set to make lots of money through speaking gigs and media appearances.