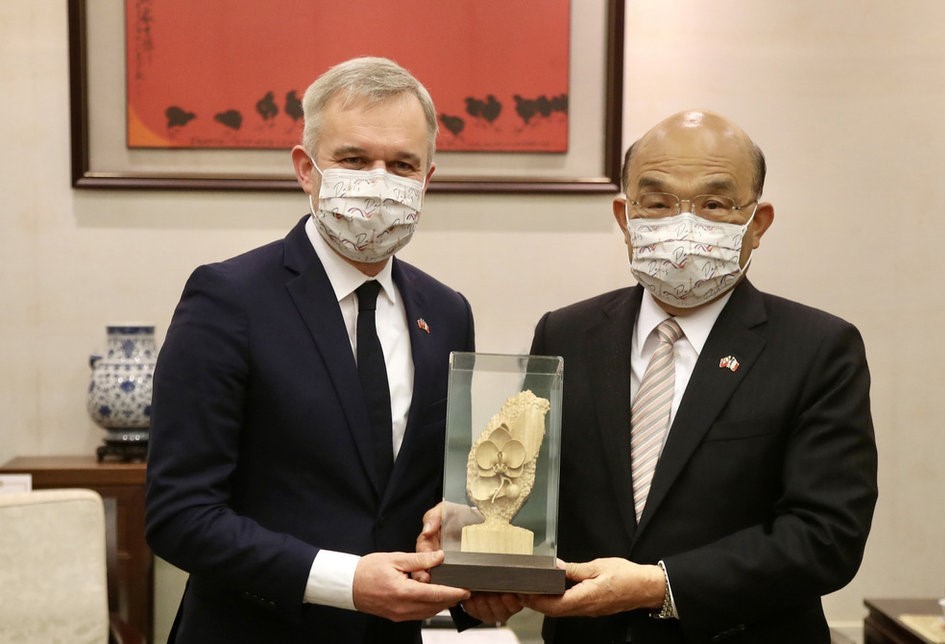 Su said, although the two countries are far away from one another, they both attach importance to democracy, the rule of law, and human rights. He noted the French Senate and the National Assembly passed Taiwan-friendly resolutions in May and November, respectively, supporting Taiwan’s participation in international organizations.

The premier noted that French public opinion has also shown strong support for Taiwan. With this delegation’s visit, the two countries can continue promoting closer exchanges and cooperation, CNA cited him as saying.

Su said that Taiwan and France have engaged in long-term cooperation in many areas such as economic, trade, pandemic, and scientific and technological projects. In the future, the two nations can also cooperate in supply chain restructuring, information and communication industries, chip technology, semiconductors, and other mutually beneficial areas, he said.

Su was optimistic that with France assuming the role of president of the European Council next year, it will lead to more bilateral economic and trade agreements between Taiwan and the EU.

Rugy emphasized that both countries attach great importance to the values of democracy and human rights and reiterated France’s support of peace and stability in the Taiwan Strait. He said that France welcomes cooperation in the fields of semiconductors and energy, while cooperation in education, research, health, and pandemic prevention can be deepened.

Additionally, Rugy called for more cultural exchanges, which he saw as a way of bringing the two countries closer together. The French politician ended his speech by declaring, “Long live the friendship between Taiwan and France!”

Rugy was presented with a camphor wood carving in the shape of Taiwan and a tea set adorned with Formosan blue magpies.