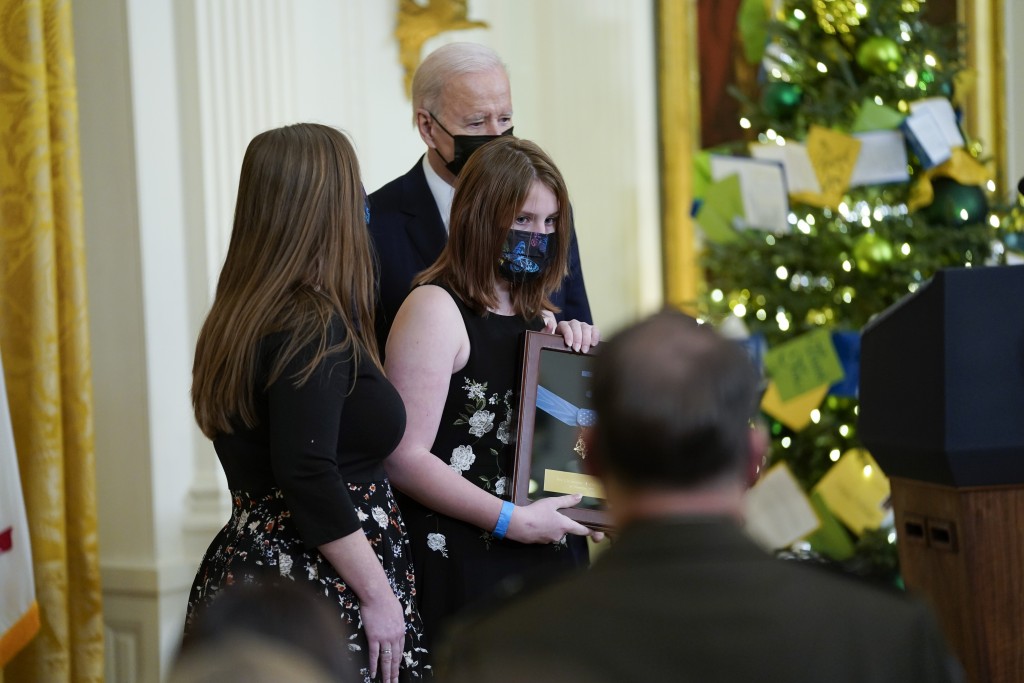 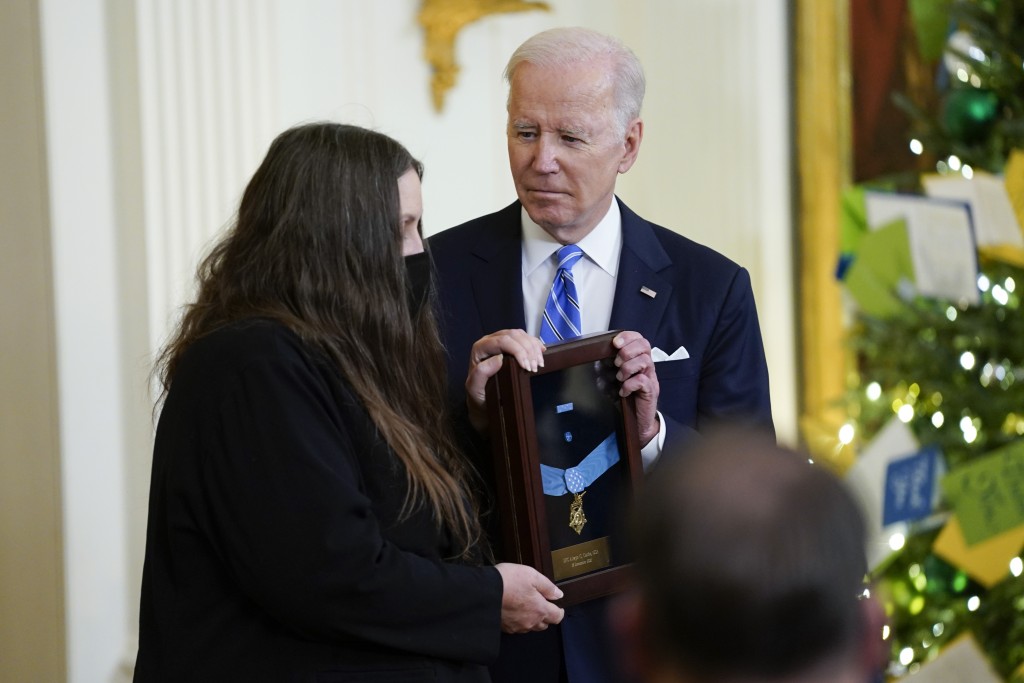 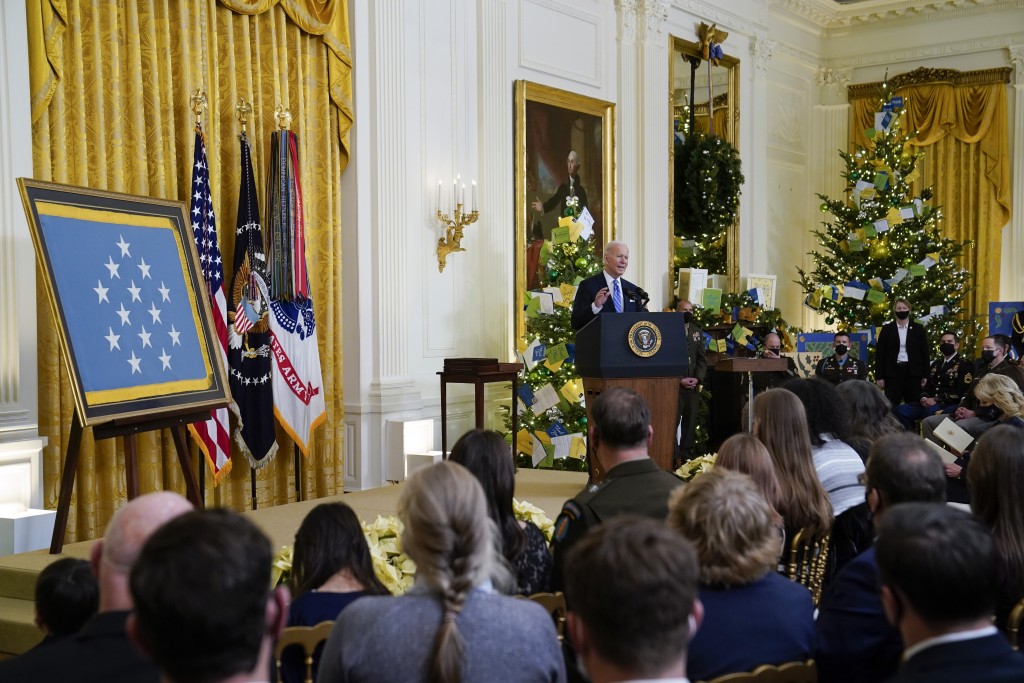 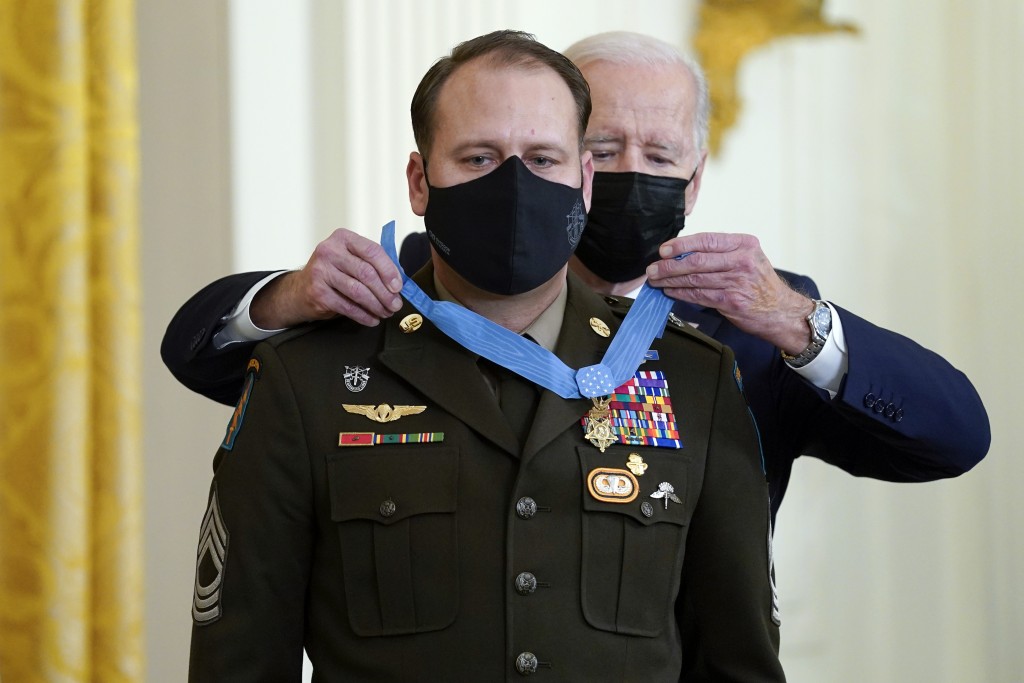 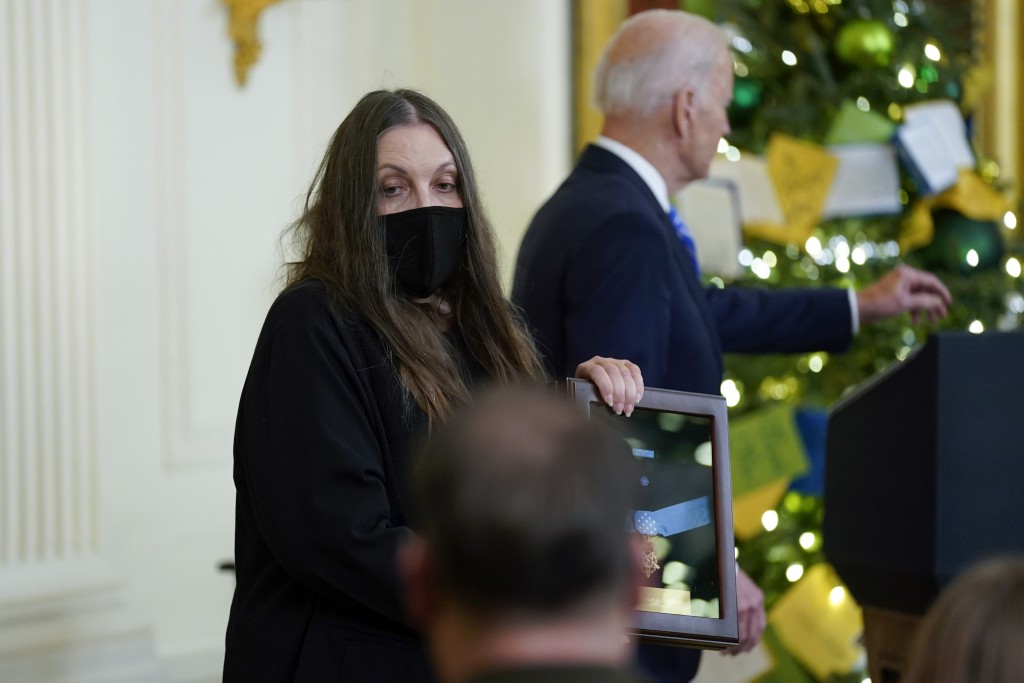 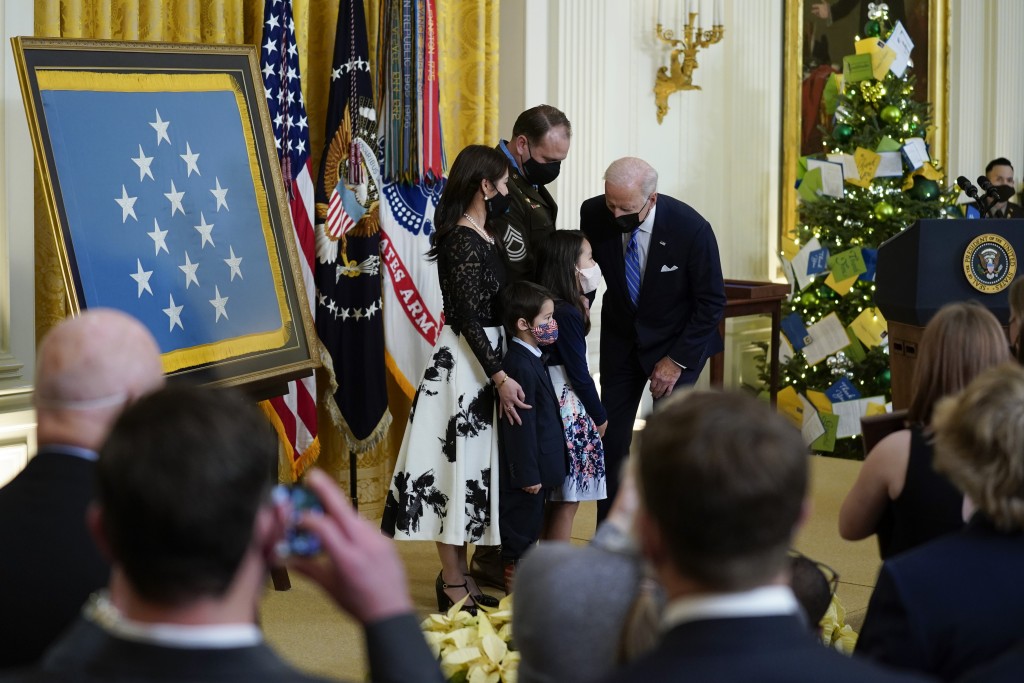 WASHINGTON (AP) — President Joe Biden on Thursday presented the Medal of Honor, the nation’s highest military award for valor in combat, to three soldiers who fought in Afghanistan and Iraq. Two were recognized posthumously.

“Our hearts are overflowing with gratitude today as we honor the unparalleled courage, the commitment to duty, and the indispensable, indisputable gallantry," Biden said at a White House ceremony.

—Master Sgt. Earl Plumlee, a Special Forces soldier who fought off Taliban insurgents after an attack in Afghanistan in 2013.

—Sgt. 1st Class Christopher Celiz, 32, an Army Ranger who died after stepping between Taliban fighters and a U.S. helicopter evacuating wounded in 2018 in Afghanistan.

—Sgt. 1st Class Alwyn Cashe, 35, who died as a result of burns he suffered while rescuing fellow soldiers from a burning vehicle in Iraq in 2005.

Kate Celiz and Tamara Cashe accepted the medals of behalf of their families.

“As honored as you are, it's gotta be tough to be here today,” Biden told Cashe's family.

Cashe is the first Black service member to receive the Medal of Honor for military actions since Vietnam, according to the White House.

He was on patrol in Iraq in October 2005 when the Bradley Fighting Vehicle he was commanding was attacked with small arms fire and a roadside bomb. Cashe repeatedly returned to the burning vehicle and pulled six soldiers from the wreckage. Despite his burns, Cashe refused to board the medical evacuation helicopter until the other soldiers were evacuated first.

Cashe, who grew up in Oviedo, Florida, died the burn at a Texas hospital the following month. Three of the soldiers he pulled from the flaming vehicle also died.

Celiz was leading an operation to clear an area of enemy forces in Afghanistan in 2018 when his team came under attack. He used his body to shield his unit from enemy fire as a casualty was loaded on to a medical evacuation helicopter. Celiz stayed behind to cover the aircraft.

As the helicopter lifted off, Celiz positioned himself to shield the cockpit. He was hit by enemy fire. Despite his injuries, he motioned to the aircraft to depart rather than remain to load him at the risk of further casualties.

Celiz was a South Carolina native and had enlisted in the Army in 2006.

Plumlee was serving at a base in Afghanistan when it came under attack, with insurgents blowing a 60-foot breach in the perimeter wall.

Ten insurgents wearing Afghan National Army uniforms and suicide vests poured through. Plumlee and five other soldiers drove toward the explosion to head off the attack.

Armed with just a pistol, Plumlee killed two insurgents and engaged several others at close range, despite heavy enemy fire and his own injuries. At one point, Plumlee ran to a wounded soldier, carried him to safety and rendered first aid.