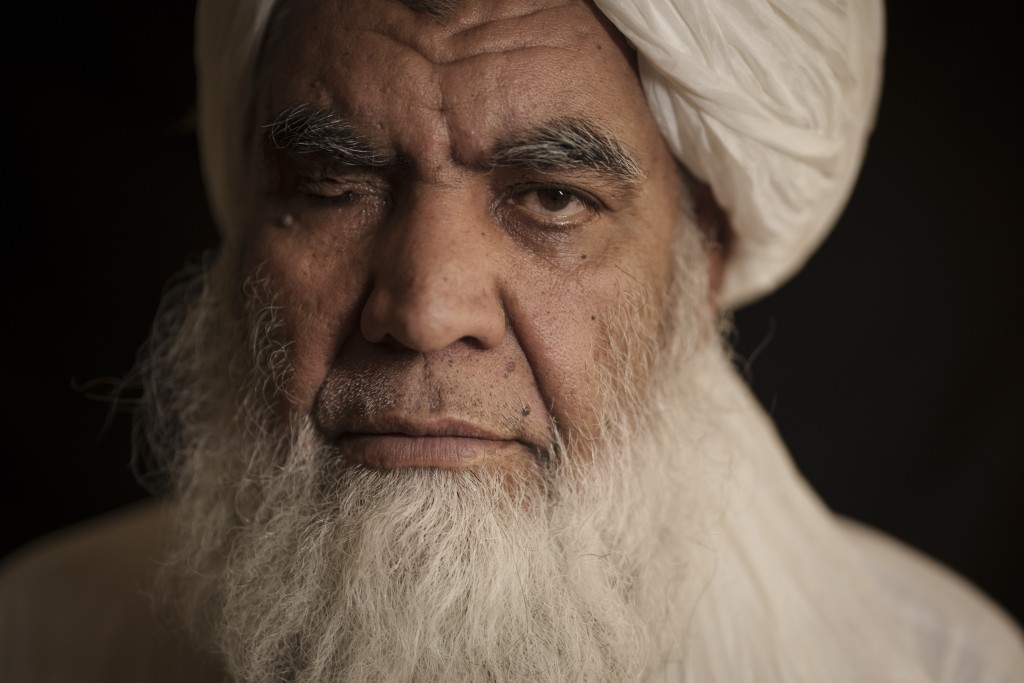 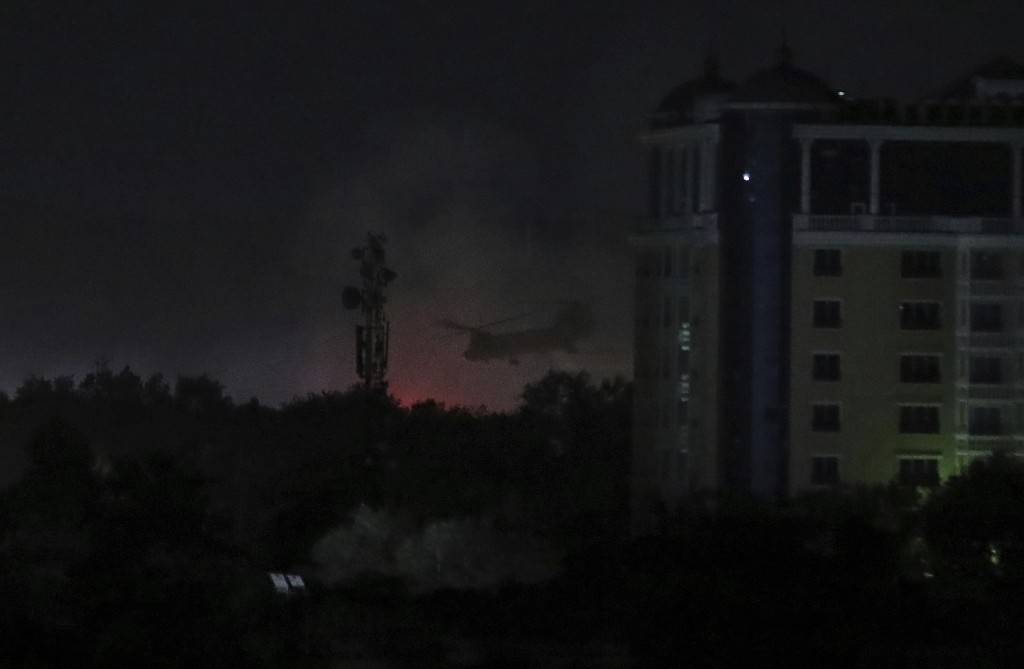 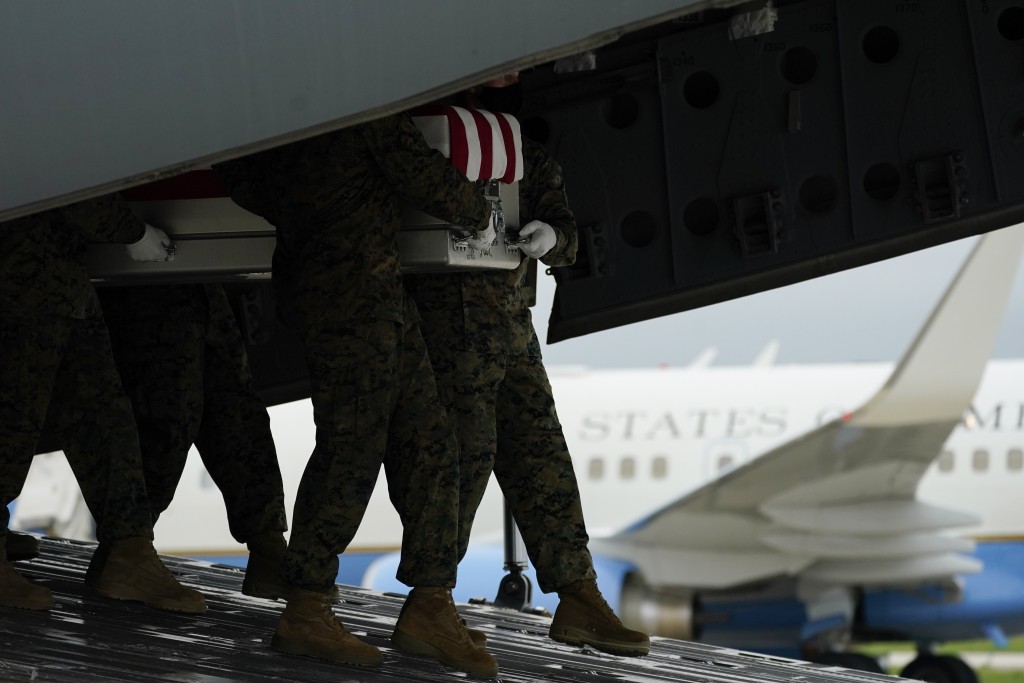 The men are shirtless, and they look cold, bewildered, lost. They are drug users waiting to be shaved at a drug treatment hospital after being detained during a raid by the Taliban, who once ruled Afghanistan and now, 20 years later, are in charge there again. It’s a powerful photo, both in composition and content.

The same photographer, Felipe Dana, took another image in this collection — a portrait of Mullah Nooruddin Turabi, leader of the Taliban, who retook the Afghan capital after a chaotic U.S. departure in August. In one image during the days of that departure, taken by Rahmat Gul, an American Chinook helicopter is silhouetted against a bruised orange sky as smoke rises all around and a country that can’t seem to catch a break navigated another difficult time.

On the other end of the equation, there was loss, too. Photographer Carolyn Kaster watched from behind her lens as Staff Sgt. Darin T. Hoover, 31, of the U.S. Marine Corps, came home on Aug. 29. His body was shouldered by a carry team at Dover Air Force Base after he died with 12 other U.S. service members in an attack at the airport in Afghanistan’s capital.

“We all knew of the U.S. and its allies' plan to withdraw from Afghanistan, but I think everyone was surprised and how quickly the Taliban took control of the entire country, capturing all major cities in a matter of days and reaching Kabul while foreign troops were still on the ground.”

On his photo of drug users: “Afghanistan is one of the world’s largest producers of heroin, and it also has a huge problem of addiction. In this photo, these men are waiting to have their head shaved after a Taliban forcibly took them from the streets and locked them up at a former military base now used for treatment of drug users.”

For a full overview of the events that shaped 2021, “A Year That Changed Us: 12 Months in 150 Photos,” a collection of AP photos and journalists’ recollections, is available now: https://www.ap.org/books/a-year-that-changed-us