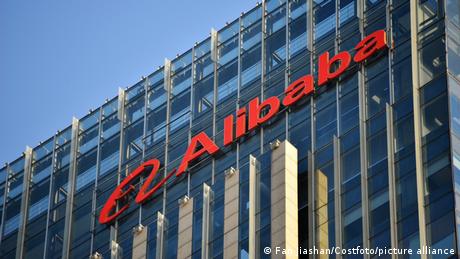 Chinese tech giant Alibaba has reportedly fired a female employee who accused her former boss of molesting and raping her during a business trip earlier this year. The new revelation has renewed the public's scrutiny over workplace harassment that many Chinese women have experienced.

According to China's state-run Dahe Daily, the woman, surnamed Zhou, was dismissed by Alibaba on November 25 for allegedly spreading false information and creating negative publicity for the company.

In the dismissal letter, Alibaba criticized Zhou for protesting in the company's cafeteria with a banner and a microphone as well as for posting a long recount of the incident to the company's internal chat system.

Zhou, who works for Alibaba's grocery delivery unit City Retail, told Dahe Daily that she never received any support or compensation from Alibaba and that the dismissal has left her "bitterly disappointed."

"The reason why the whole thing escalated and caused a negative impact on the company was because of the relevant personnel's inaction in handling the situation, rather than the victim's mistake," she said.

After she was dismissed, the former president of City Retail, Li Yonghe, who resigned in August following Zhou's initial revelation, filed a defamation lawsuit in court, claiming that he had not ignored Zhou's complaint. He asked the court to order Zhou to issue a written apology to him, which would be posted for 15 consecutive days in a noticeable position on a nationwide website.

Zhou emphasized again that she hadn't done anything wrong and she would use legal means to defend her rights. News of her firing triggered heated debate on China's popular social media platform Weibo. Some accused Zhou of being dishonest with her latest revelation, while others defended her by pointing to the notification issued by the police, which stated that indecent assault took place that night.

Yaqiu Wang, the senior China researcher at Human Rights Watch, told DW that she was surprised by Alibaba's decision to fire Zhou, as she thought the tech giant would care more about its image. "Despite the large amount of negative publicity, they still chose to fire her," she said.

At the time, Alibaba also pledged to introduce policies to prevent sexual harassment, emphasizing that the company has "zero tolerance" for sexual misconduct and that its top priority is to ensure a safe workplace for all employees. Staff at Alibaba demanded justice for Zhou while China's state-run tabloid Global Times criticized the tech giant's slow response to the case.

In the opinion piece, Global Times said the sexual harassment scandal was a "serious blow" to Alibaba's reputation and urged the tech giant to "calm down and make adjustments."

Lack of legal protection for women

"In China's workplace culture, too often women are considered an instrument for men's entertainment and a tool to boost organizational morale and productivity," said Jieyu Liu, deputy director of the China Institute at SOAS, University of London. "Women employees are routinely subject to sexual innuendo at work," she wrote in a piece on news website The Conversation.

Other observers point out that the lack of sexual harassment cases in court highlights the challenges that Chinese women face while trying to seek justice.

Wang of Human Rights Watch said that while laws in China require companies to be responsible for handling sexual harassment cases, there are no specific provisions that hold companies accountable.

"So even though the law says companies are responsible, there are no detailed rules, and the threshold for a woman to prove she was sexually harassed is very high," she told DW.

In September, Zhou Xiaoxuan, viewed by many as the face of China's #MeToo movement, lost her case against a prominent state broadcaster host, who she accused of groping and kissing her forcibly in a dressing room while she was an intern in 2014. Despite the loss in court, Zhou said she planned to appeal the decision.

China's workplace drinking culture is viewed as another main cause of workplace sexual harassment. Following Zhou's revelation in August, her former supervisor admitted that he had behaved too intimately with her while he was drunk. Later on, Alibaba's CEO Zhang Yong said in a memo that the company "resolutely opposes the ugly drinking culture."

Nie Huihua, an economics professor at Renmin University in China, described China's drinking culture as a "bad habit” that only exists because Chinese enterprises lack clear organizational structures, making the culture of drinking become the main way for people to establish relationships and build mutual trust in workplaces.

Wang believes that protest and resistance are some of the best tactics women can use to resolve problems stemming from the drinking culture.

"They can't just rely on the promises made by Chinese men or companies to solve problems extending from the drinking culture," she said. "It is only after Zhou attracted the world's attention to the issue, that Alibaba came out to criticize workplace drinking culture in China."

Even though China is increasing the intensity of its online censorship, Wang still believes that speaking up online is also an effective way for Chinese women to get the public's attention on sexual harassment incidents.

"Despite the censorship and the possible witch hunt initiated by some men, Chinese feminists and their supporters continue to come forward and speak up online," Wang said. "I think the fundamental way to solve problems like sexual harassment in China is still protest, even if they may face backlash."

But as the domestic space for resistance continues to shrink, Wang believes that the Chinese feminist movement abroad will also become very important to the #MeToo movement in China. "There are many Chinese feminists in the United States, and they have been saying that if they can't do it [protest] at home, they will continue to do it from abroad," she said.