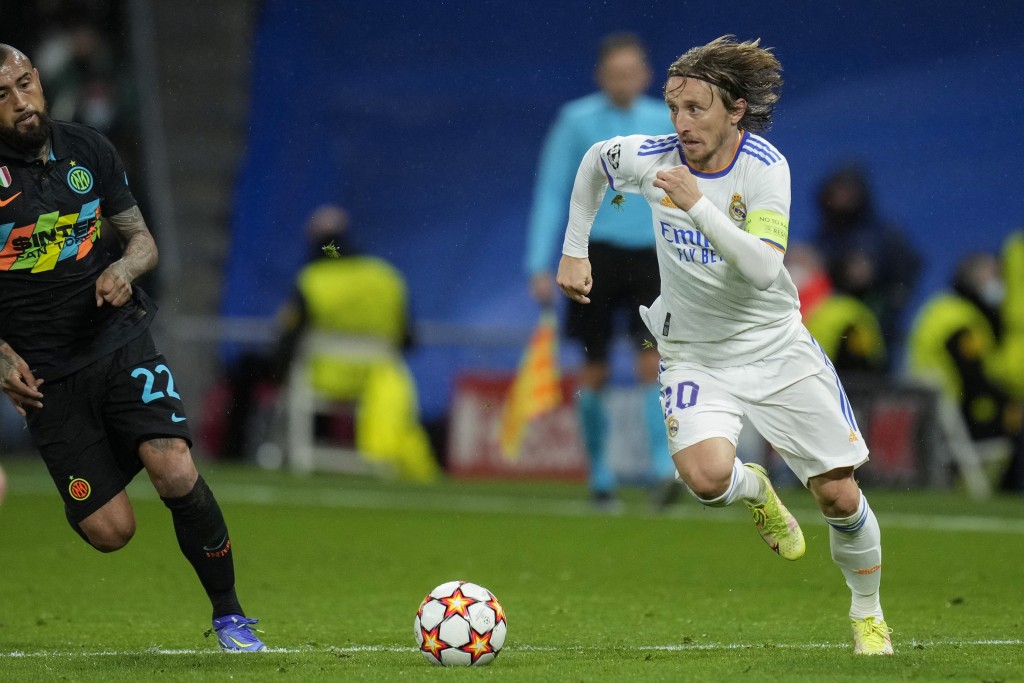 BARCELONA, Spain (AP) — Real Madrid may have run into its toughest opponent of the season: COVID-19.

An outbreak of the virus has infected six Madrid players. The club said Thursday that Gareth Bale, Marco Asensio, Rodrygo, and backup goalkeeper Andriy Lunin were infected, a day after both midfielder Luka Modric and Marcelo tested positive.

The club did not mention the health status of any of those infected.

While Madrid made the outbreak public, the Spanish soccer federation said Thursday it was putting back into place a ban on shaking hands and other greetings as well as any tributes held before kickoff “as additional preventative measures given the rise in cases.”

The league reminded clubs and players that they need to take precautions and undergo tests for the coronavirus every 15 days.

The infections come with Madrid breezing toward the winter break with a commanding lead in the Spanish league.

While Bale and Marcelo are no longer key parts of Madrid's team, Modric, Asensio and Rodrygo all play important roles for Ancelotti.

Madrid hosts struggling Cádiz on Sunday riding a 10-game winning streak in all competitions and with an eight-point lead over second-place Sevilla. The team’s undefeated run of 13 games includes wins over Sevilla, Barcelona and Atlético Madrid, plus Inter Milan in the Champions League.

Modric, who at 36 is still competing near the level that won him the 2018 Ballon d’Or award, played the full 90 minutes in last weekend’s 2-0 win over Atlético that left the defending champions 13 points behind in a distant fourth place.

Ancelotti could replace the Croatia midfielder with Federico Valverde and still entrust Toni Kroos to lead Madrid’s attack against Cádiz.

Asensio also started against Atlético and scored his team's second goal. His spot would logically be filled by Rodrygo or even Bale, so their absence could give Eden Hazard another chance.

While relegation-threatened Cádiz, with only two league wins this season, should not cause too many problems for the leaders at home, Madrid will have a tougher test on Wednesday when it visits Athletic Bilbao.

Sevilla will hope to cut into Madrid’s advantage on Saturday when it hosts Atlético. Both teams will be missing players because of injury. Atlético will be without Antoine Griezmann, who injured his right thigh against Madrid, while Sevilla will be missing several players, including striker Youssef En-Nesyri, Jesús Navas, Suso Fernández, Erik Lamela and Óliver Torres.

Third-place Real Betis, nine points behind Madrid, visits Bilbao on Sunday. Betis has won four in a row in the league by a combined score of 11-1. Striker Juanmi Jiménez has scored six times during Betis’ winning streak, taking his season tally to 10 goals — second only to Karim Benzema’s 13 for Madrid.

Languishing in eighth place, Barcelona will hope that Elche’s arrival to Camp Nou on Saturday will allow it to end a three-game winless run.