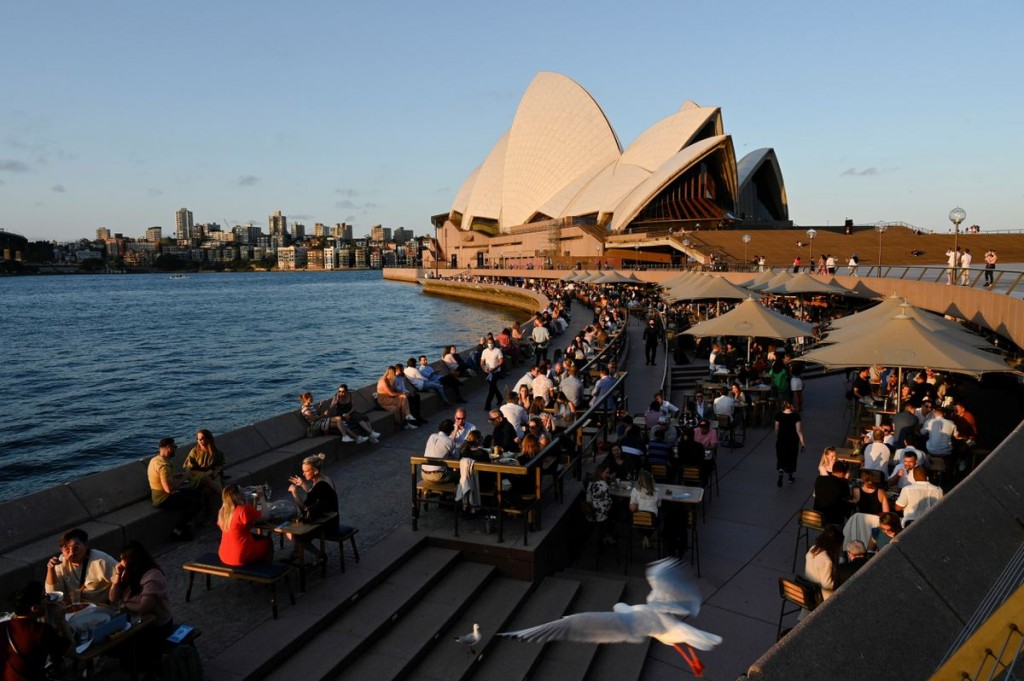 Australian state leaders must not "panic and overreact" to predicted outbreaks of the Omicron variant of the coronavirus, Federal Treasurer Josh Frydenberg said on Thursday, as some states ease curbs despite rising cases.

New South Wales and Victoria, home to more than half of Australia's near 26 million people, on Wednesday rolled back most tough restrictions, including for the unvaccinated, as double-dose vaccination levels in people above 16 topped 90%.

More relaxations have come as New South Wales, home to Sydney, on Thursday reported its biggest caseload since the pandemic began. The state reported 1,742 new cases, eclipsing a rise of 420 just a week ago. A total of 1,622 new infections have been logged in Victoria, its biggest in nearly seven weeks.

Amid a surge in cases as social distancing rules ease, Frydenberg urged state leaders to "not panic."

"Don't overreact, show compassion and common sense. Understand that we need to live with the virus ... (No one) wants to go back to lockdowns," Frydenberg told Seven News, as he looks to deliver the mid-year budget review later on Thursday.

Prime Minister Scott Morrison is urging people to focus less on case numbers and more on hospitalisation rates, which are still low, although some experts have called for restrictions to be tightened to stop the spread of the Omicron strain.

"There is nowhere else in the world that has decided to say we have this new variant coming that seems to spread much faster, so let us relax restrictions," epidemiologist Nancy Baxter told broadcaster ABC.

Authorities have warned daily infections could rise to 25,000 in New South Wales by the end of January as Omicron infections creep up. read more

Australia, which has so far recorded about 239,000 COVID-19 cases and 2,126 deaths, cut the waiting time for booster shots after detecting Omicron cases more than two weeks ago.