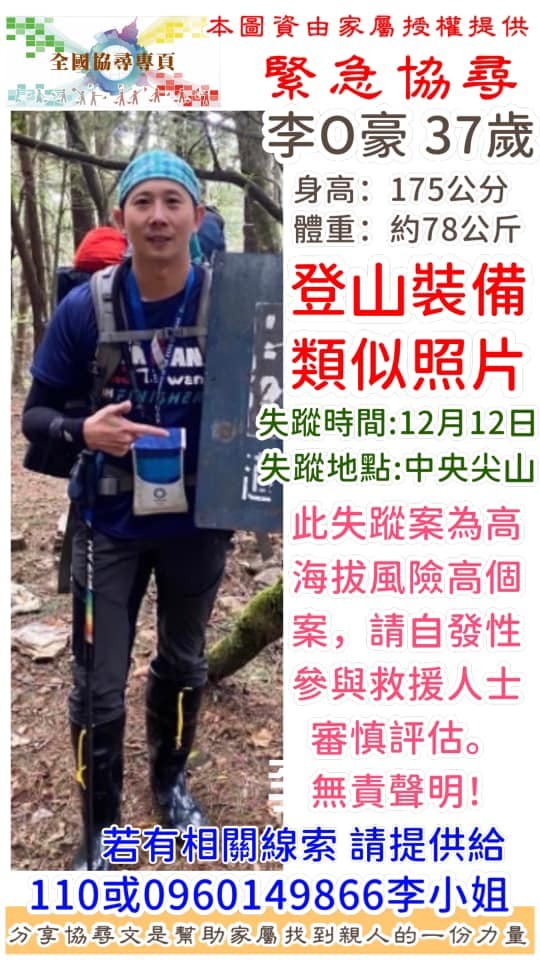 TAIPEI (Taiwan News) — A 37-year-old Taiwanese man has been missing for almost five days since he reached the summit of Zhongyangjianshan in northeastern Taiwan.

A Facebook account dedicated to helping families find their missing loved ones posted a photo of the missing hiker, Lee Ming-hao (李銘豪), and said he is 175 centimeters tall and weighs about 78 kilograms. The post says Lee has been missing since he summited Zhongyangjianshan at 2:30 a.m. on Sunday.

The post also says the clothing Lee wears and the equipment he carries are similar to those shown in the photo. A sister of the missing hiker has asked anyone who comes across him or has any leads related to the incident to call her at 096 0149 866.

With an elevation of 3,705 meters above sea level, Zhongyangjianshan is situated on the border of Taichung City and Hualien County. It is on Taiwan's 100 Peaks list.

Taoyuan Department of Sports Director Chuang Chia-chia (莊佳佳) told CNA that Lee is an employee in her department. She said that Lee had not gone to work or taken leave on Monday and that he could not be reached by phone either. The department only knew Lee had gone missing in the mountains after contacting his family, Chuang added.

According to Chuang, Lee had planned on hiking in the mountains on Saturday and Sunday and returning to Taoyuan by 9 p.m. on Sunday. 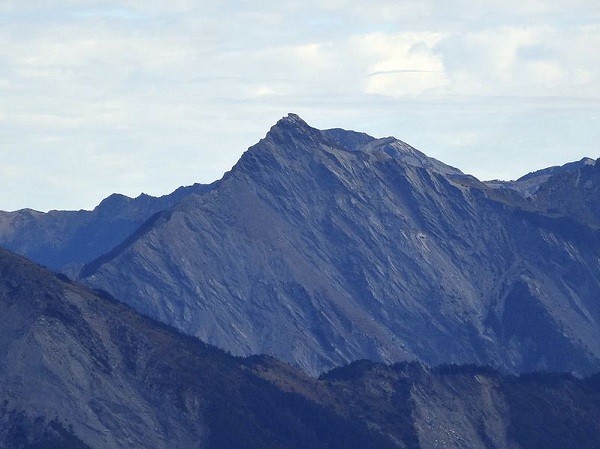 Search and rescue teams went into the mountains to look for Lee on Tuesday, and a helicopter search was conducted Wednesday, but so far search efforts have come up empty.

Shen Shih-kuo (沈世國), a section chief at the Taoyuan Department of Sports, said that Lee has been working there for five years. Shen praised him as a responsible worker who is well-liked by all his colleagues and that they are praying for him to be found and returned safe, per CNA.